This article is over 19 years, 11 months old
George W Bush has given Israel the signal to unleash all-out war on the Palestinians. Last week he backed the menacing presence of Israeli troops around the offices of Palestinian leader Yasser Arafat. Arafat is now a prisoner of those forces, his every move tracked and controlled by his enemies.
Downloading PDF. Please wait...
Saturday 02 February 2002

George W Bush has given Israel the signal to unleash all-out war on the Palestinians. Last week he backed the menacing presence of Israeli troops around the offices of Palestinian leader Yasser Arafat. Arafat is now a prisoner of those forces, his every move tracked and controlled by his enemies.

Bush declared that he is ‘very disappointed in Yasser Arafat’. That can only encourage the Israelis to believe they can get away with anything. Now the US government wants to include Arafat’s personal security force, and other groups linked to him, on the list of ‘terrorist organisations’. US vice-president Dick Cheney wants to sever all ties with the Palestinians. The US is using a shipment of arms intercepted by Israel as an excuse for backing up Israeli prime minister Ariel Sharon’s campaign to crush Palestinian resistance.

It is because the Palestinians have seen their homes, farms, hospitals and schools smashed by Israeli tanks that they want to fight back. It is rank hypocrisy for Bush to express horror at Palestinian attempts to defend themselves while the US hands Israel $1 billion of military aid a year. As Palestinian minister Nabil Shaath said, ‘Fifty tonnes of weapons is a miniscule amount of what the Israelis have been targeting against our people every day.’

Three suicide bombings in the last week have brought tragedy to Israel’s streets. Those involved did not use anti-tank weapons-they used explosives that will always be obtainable by desperate and angry people. It is the Israeli policies of assassination, incursion and bulldozing of homes which create the breeding ground for suicide bombers. ‘The whole thing is a reaction to the policies of Sharon of inviting violence and conducting a campaign of violence against Palestinians. In such an environment, I am not surprised such a thing should take place,’ said Marwan Kanafani, an adviser to Yasser Arafat.

Around 800 people demonstrated in London last Saturday, calling for an end to Israel’s war against the Palestinians. They braved heavy rain to picket the Israeli embassy. The protest was called by the Stop the War Coalition, which plans another demonstration on 2 March

Who profits from car bomb death?

ELIE HOBEIKA was blown up by a car bomb in Lebanon last week. He led the Phalangist militia into the Sabra and Shatilla refugee camps in 1982. While Israeli troops watched, the militia murdered around 2,000 men, women and children.

Two days before he was murdered Hobeika, a Lebanese politician, had agreed to give evidence against Ariel Sharon at a war crimes trial. Survivors of the massacre are bringing the case in Belgium. Sharon was Israel’s defence minister during the killings. Hobeika believed he would prove that Sharon was directly culpable for the massacres. Sharon had much to gain from Hobeika’s death.

The myth of Gaddafi the radical 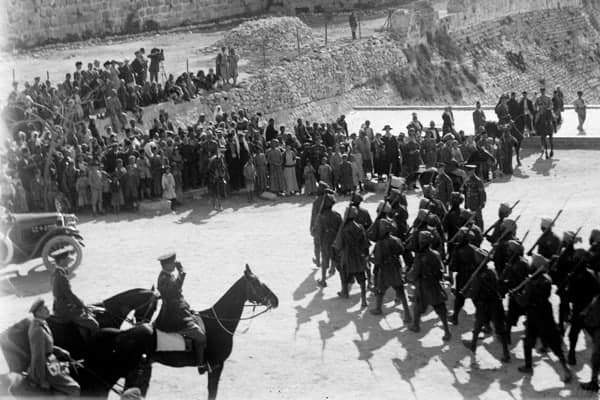 Britain’s legacy of brutality in Palestine