Can intervention bring peace to Liberia?

NO SANE person could be unmoved by the terrible suffering of people in the West African state of Liberia. Fourteen years of brutal civil war has seen at least 200,000 people killed out of a population of three million. Many others have been injured or lost their homes.

Now, with continuing intense fighting, malnutrition and disease threaten the lives of many more. The only solution offered by most newspapers and politicians is the intervention of outside military forces, especially the US. On the other side are right wing politicians who believe in general that it is legitimate for the US and Britain to police the world militarily. But, in this case, they think Liberia and black Africans aren’t worth bothering about.

Such murderous racism is disgusting. The Liberian people deserve aid, support and solidarity. But outside military intervention is not going to help.

West Africa’s history is one of waves of intervention by great powers which have wrecked the lives of millions. The slave trade in the 18th and 19th century saw millions of Africans seized and shipped across the Atlantic to be worked to death.

The ‘scramble for Africa’ from the 1890s into the 20th century saw the continent carved up between imperialist competitors, who imposed their rule by the gun, seized territories and set African against African. More recently debt slavery, the polices of the multinationals, the IMF and the World Bank, and the manoeuvres of the former colonial powers have again plunged Africa into horror.

Liberia is a prime example of what has happened. It does not need more guns and troops. The most recent round of fighting was set off after the US gave Guinea, which borders Liberia, military aid to secure its support at the UN for war against Iraq.

Guinea used this to re-equip the rebel forces it backs in Liberia, thereby intensifying the carnage.

Nigerian forces went into Liberia this week. It is not the first time they have entered Liberia. In the 1990s a large ‘peacekeeping’ force, based mainly on Nigerians, went to Liberia. It was soon using the same methods of torture, rape and murder as the groups it was supposed to oppose.

If the US troops go in they will be welcomed by many Liberians. When life is so utterly desperate almost anything offers hope. If small gangsters wreck your life then the arrival of a big gangster who might at least sort out the minnows can seem a good thing. It was the same in Somalia ten years ago. Crowds welcomed the US troops when they arrived. Within a few months Somalis were in revolt against the cruelty and slaughter by the US troops.

Across Africa at the end of the 1980s and the beginning of the 1990s there was a sense of hope as one-party states came crashing down amid popular revolt. But international and local capitalist forces have kept Africa’s people in subjection. The only real hope is resistance to such monsters.

State that the US has bent to its will

DURING THE Cold War from the 1950s to 1990 the US saw Liberia as an ideal base to fight the influence of the USSR in Africa. The US built spy communications facilities in Liberia to handle diplomatic and intelligence traffic to and from Africa, to monitor broadcasts in the region, and to relay Voice of America propaganda programmes throughout the continent. Under President Kennedy, the US increased its economic and military aid programmes to Liberia’s rulers.

From 1962 to 1980 Liberia’s governments received $280 million in US aid. This was the highest amount per head of the population of any African country. Liberia offered its land rent-free for US bases. It voted with the US on most Cold War matters at the UN, including support for war in Vietnam. It was useful for the US to have a strong ally in the region when other countries-such as Guinea and Ghana-were seen as at the forefront of anti-imperialist struggle.

These ties were mildly questioned by Liberia’s president William Tolbert, who took over in 1971. He welcomed the Chinese, Cuban and USSR ambassadors to Liberia and was heavily critical of Israel. So the US was pleased when in 1980 Master Sergeant Samuel Doe led a military coup which assassinated Tolbert and executed many of the cabinet. The US realised Doe would be a reliable ally as he rushed to protect US bases and investments. Under Reagan the US gave Doe $500 million in the first five years of his rule.

Doe granted the US use of Liberia’s ports to deploy a force trained to respond to ‘security threats’ around the world. He closed the Libyan mission in Liberia’s capital, Monrovia, and reduced the staff of the Soviet Embassy. He re-established diplomatic relations with Israel. Such favours meant the US overlooked Doe’s increasingly corrupt and repressive rule. He banned political opposition, assassinated, tortured and imprisoned opponents and shut down newspapers.

Eventually the US government insisted that Doe should hold an election-but allowed him to blatantly rig the results. US Assistant Secretary of State for Africa Chester Crocker testified before Congress that the election was imperfect but that at least it was a start. He added that, in any case, all African elections were known to be rigged. In 1989 the Cold War came to an end, and US political interests in Liberia faded.

The Liberian economy collapsed as the US administration had no further use for it. Liberia’s people were tossed aside. The country descended into civil war by the 1990s. Charles Taylor, then the leader of the main rebel faction, agreed to work with the US government.

Eventually the US supported a peace deal in which Taylor-as leader of the dominant faction-was backed to take power after rigged elections in 1997. None of the contending forces in Liberia today have clean hands. All are out to build their own power bases and to grab slices of the country’s natural resources.

Freedom was not on agenda

MOST OF the press claims that Liberia was ‘created by freed slaves’. In fact it was a dumping ground that the US rich created to get rid of certain groups of slaves. In the 1830s the rulers of the US had to decide what to do with slaves who had bought their freedom or had been captured from illegal trading ships. They were worried by the effect that these ‘free’ black people might have on the rest of the slaves in the US.

They eagerly agreed with plans to set up a ‘liberated’ state in West Africa which could absorb these ‘excess’ slaves. In 1847 the state of Liberia was formally proclaimed. It was supposed to be modelled on the US constitution.

The Africans in the area (who were never asked what they wanted) were not regarded as citizens. Only the 3 percent of Americo-Liberians qualified for the vote. While the settlers along the coast developed an elaborate lifestyle complete with top hats and morning coats and a society of Masons, the indigenous peasants endured poverty and neglect.

Sixteen of Liberia’s 19 presidents were educated at US high schools and colleges. The way the state was set up caused tension for over a century. Although it was not formally a US colony, Liberia was effectively under US control. It became a major source of rubber for the Firestone corporation from the 1920s, when the regime provided cheap labour to work the extensive plantations. Firestone gained a 99-year lease on one million acres of land at an annual rent of 6 cents per acre.

The Liberian government was forced to upgrade transport facilities for Firestone and to help in providing tens of thousands of workers who lived in near-slave conditions.

Firestone’s plantation, for a long time the biggest in the world, has produced fantastic profits for the company for 75 years. After the Second World War US corporations also grabbed control of iron ore and other mineral reserves. 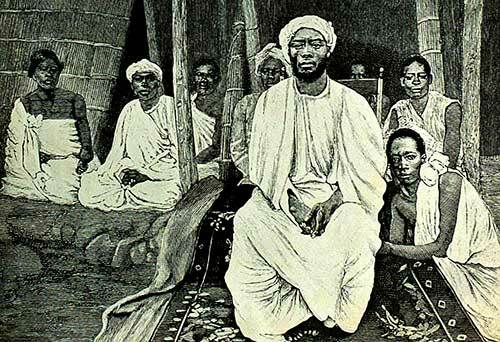 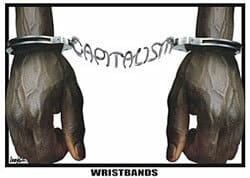 The view from the global south

From Tunisia to today: the revolutions continue