Can we reclaim the Labour Party?

This article is over 9 years, 8 months old
The Unite union has launched a strategy to win the Labour Party back for the working class. But can it be made to stand for left wing policies?
Downloading PDF. Please wait...
Tuesday 09 October 2012

The Unite union has launched a strategy to win the Labour Party back for the working class. But can it be made to stand for left wing policies?

We’ve heard it all before—“the Labour Party can’t be won back to socialist values”. Before we rush to create a new party of the left from scratch (yet again?) why not try a real fightback for once, at all levels of the Labour Party?

For over 30 years most trade unions have loyally funded “our party” yet have feared to rock the boat on party policy. It’s our collective failure that has handed the party to the right.

Unite’s new political strategy is the first serious attempt to win back the party. We are clear that the objective must be to change the party’s policies in three main areas:

Unite is currently getting union activists back into the party. We know that barely a dozen left trade unionists can turn around poorly attended constituency Labour Parties up and down the country.

We have sharp new political education courses and we are creating a network to keep them in touch with Unite policies and give help and assistance. There is a new Unite councillors network to push our policies—particularly against the cuts.

Our parliamentary group has been re-formed to help MPs take Unite’s policies back into the Labour group. Unite’s political department is openly supporting left trade unionists in MP selections, to get left working class candidates elected to parliament.

We’ve launched Class, the new left think-tank, to put up a real alternative to the corrosive effect of Progress, New Labour’s neoliberal machine. We are building bridges with other left-thinking trade unions to help us create a formidable left force again in the party.

This strategy is only just being implemented following agreement at last November’s Unite executive. Will all this work? We honestly don’t know, but we think we owe it to our members and the working class generally to give it a try.

At Labour Party conference Ed Miliband committed to repeal the government’s NHS reform and laid out his One Nation vision.

It was light on policy, but for a fairer more inclusive society and tougher on vested interests. Ed Balls evoked the memory of the 1945 Labour government and promised to build 100,000 affordable homes.

But it’s still the “too far too fast” response to austerity, and an obsession with “balancing the books”. While the party is backing the living wage, Ed Balls still peddles the message of wage restraint to protect jobs.

The party made another step forward to distance itself from New Labour but there’s a long way to go. The polls tell us that five million working class voters walked away from the Labour Party in disillusionment at neoliberal policies.

Our collective failure to fight within the party for working class values will only leave the neoliberal right wing in charge—and mean a likely defeat at the next election.

A final thought. Out of those five million disillusioned voters, hardly any were attracted by the Trade Unionist and Socialist Coalition or other left minority groupings, whose combined vote at elections is bordering on insignificant.

If Unite’s political strategy seems ambitious, it looks much more achievable than starting a new mass party of the left that can actually win power.

Let’s start with what we have in common in this debate. On 20 October, whether we are inside or outside the Labour Party, we will all march together against this Tory government.

Every mobilisation across Britain—whether it’s against the fascists, war, environmental destruction or hundreds of other campaigns—is strengthened immeasurably when we stand together. But how is our side going to win?

The Labour Party was created by the unions. It is still funded by millions of union members’ money today. But what do workers get out of it?

We would likely agree that the last Labour government’s record was disgraceful. But even today, under Ed Miliband, we are being told that a future Labour government would continue the cuts—and the public sector pay freeze.

This is not a break from the past, but the way Labour has always acted. There is a myth on the left that the party needs to return to its “golden age”, when it was true to its “socialist roots”. But Labour’s history in government is a history of betrayal.

Miliband talks about the “spirit of 1945”, when Clement Attlee headed a radical reforming Labour government. But by 1948 the economy had turned, and Labour chancellor Sir Stafford Cripps brought in an austerity budget, including a wage freeze.

This is a recurring theme. In the 1960s Harold Wilson brought in a pay freeze of his own. All this was long before the “New Labour cuckoos” took over.

“Reclaiming” the party has been tried through its history, not least by the huge movement around Tony Benn. This drew in many left activists, who turned their energies away from working class struggle and towards trying to change Labour.

Yet ultimately the leadership still won out. This is because Labour is a party that is committed to working within the parliamentary system. That ties its hands—it cannot challenge capitalism, only try to manage it.

The danger is that those who join Labour to try to change it find instead that the party changes them, with its argument that elections matter more than struggle.

The working class needs political representation. For most workers, elections are the main place where politics happens.

As a socialist councillor in Preston, I know first hand that it is possible, though difficult, for left-of-Labour challengers to win seats.

There is still a need for an electoral alternative to Labour. The Trade Unionist and Socialist Coalition, though it is not the finished article, can play a role in this. In a straight fight between the Tories and Labour, however, we call for a vote for Labour.

But the real base of working class power is not in parliament or the council chamber. It is in the workplaces—not just the factories but also the offices, in unions like Unite. And it is on the streets, in the kind of movements that can put politicians of any hue under real pressure.

It is the working class that has the potential to change the world. In the Socialist Workers Party we believe their power is the key to overthrowing capitalism, liberating humankind and saving our world for future generations.

As part of that we always stand and fight now alongside all those who struggle for a better world. Workers deserve more than Labour can offer.

Is there a new class of worker? 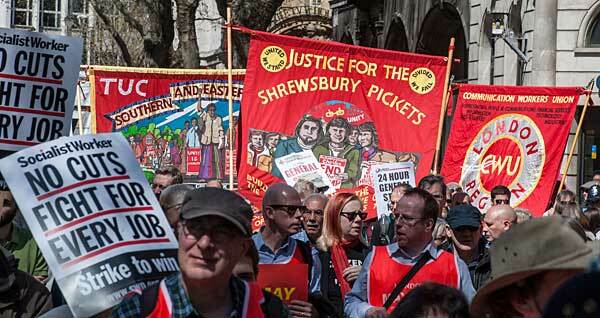 Where next for the left? 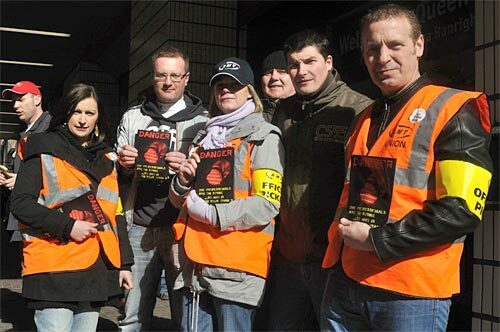