How do you know if a four year old is “under­achieving”? Most people wouldn’t—and many would rightly resent the concept.

But the Tories claim they are determined to banish “underachieving” four year olds from Britain.

They want to transform early years settings in ways that will harm children, turn them off learning and write off thousands as failures.

Richard House is a senior lecturer in early childhood at the University of Winchester and chair of Early Childhood Action. He is one of the key figures speaking out against the Tories’ plans.

He told Socialist Worker that the government is “determined” to bring in baseline assessments for children as young as four.

“They would be measured against some normalised template of development—and be judged on their development,” said Richard. “To do that to children at the age of four is absolutely criminal. But they will do everything they can to create a convincing rationale for it.”

The government has held a consultation on the plans. “I’m convinced that 90 to 95 percent of people responding will say these assessments are a bad idea,” said Richard.

“But if the government is determined to impose it they’ll almost certainly find a way of doing that, I’ve no doubt about it.”

The government has announced other changes to early years that Richard said will harm children. One is to increase the number of children that an adult can care for.

“That puts the quality of early years provision under threat. The government also wants to downgrade play and is encouraging nurseries in schools for children as young as two.”

Richard explained that children’s development is diverse. It doesn’t fit into a neat pattern, as the government wants to assume. It doesn’t make sense to refer to young children as “ahead” or “behind” as they all develop differently.

Nonetheless the way that children develop means there are things that are appropriate for children at one age but not for others. “There’s a different quality of consciousness in early years,” said Richard. “For young children, physical development is primary.

“This is followed in importance by social and emotional development, then cognitive or abstract learning.

“So semi-formal, overly cognitive learning is developmentally inappropriate for many if not most children at this young age.”

It includes methods like “synthetic phonics” where children are taught to read by breaking words into sounds.

Richard said that the government has become obsessed with “school readiness”. He said, “To ministers this means being ready to learn in a group context where you have a class of 25 or 30 sitting at desks.

“It means making children control their desire and need to run about and express themselves.

Pushing children to do things they aren’t ready for can set up most of them to fail. Richard said this has a big impact on children’s self-esteem.

He said, “When you try to get young children to accomplish things that they’re not developmentally ready for, but some peers can do them, those children will experience failure.

“It doesn’t matter how hard teachers try to hide it, children pick these things up. If they’re being assessed and judged, they will know.

“Children at a very young age, will already have a sense of themselves as not being good enough—of not measuring up to expectations that adults have of them.

“Some of us think these kind of competitive processes shouldn’t be in the school system at all, but certainly not for four year olds. We call it child abuse.”

The Tories face widespread opposition. And evidence shows that early formal learning can harm children’s ability to learn later on. But they have dismissed this.

“Ideologues are never interested in listening to evidence when they know it is going to contradict their own narrowly ideological agenda,” said Richard.

“Some of them actually believe, deludedly, that this is the most appropriate way to drive up standards.

“I use the phrase drive up because it’s the language they use—but I can’t bear it.

“I think children should be given as much freedom as possible within the constraints of having a setting that runs reasonably smoothly.

“But young children should be allowed to play, to play in creative ways and to move about as much as they want to.

“The changes the government wants to make means the longer term wellbeing of children, and their love of learning, is being significantly compromised.”

Ministers couch their reforms in terms of helping poorer children. The government claims to want all children to receive the same quality of education.

Richard dismissed this. “I certainly have a sense that many on the right don’t believe in levelling the performance of all children,” he said. “Rather, it wants means of differentiating the talented from the rest.

“And I would say that the rich receive an education that prepares them to become part of the ruling class, and most of them duly do.

But for Richard there’s a wider agenda driving the government’s reforms.

“The political right is very strong on discipline,” he said. “Early years minister Liz Truss recently talked about nurseries where young children ‘run around chaotically to no purpose’.

“This is the mindset of the political right. They are much more preoccupied with discipline and they are trying to impose that at younger and younger ages.”

Education experts agree that play is crucial in helping children to develop and learn.

But for the Tories, play and learning are separate things—and play is less important. Richard said this is “ideologically-driven”.

“Those on the right often seem to think there needs to be some element of suffering if genuine learning is taking place.

“If children are having fun or enjoying themselves, the learning is seen to have a lower status.

“It’s a generalisation but the right also tends to take a mechanistic and utilitarian view that splits play and learning into separate categories. But it’s wrong to separate them.”

Richard said the drive to have more nurseries in schools risks downgrading play even more and shifting the focus to more formal learning.

“The great danger is as soon as you bring this into schools, the schoolifying way of thinking will spread down to younger children.

“Personally I think this is one of the reasons for doing this. Once you have nurseries in schools, you can start to get young children ready for formal learning.”

But Richard stressed another agenda he thinks lies behind the change—which has even less to do with improving children’s education.

“This government has got an agenda to privatise education,” he said. “If they can get nurseries into schools it’s going to be much easier to privatise them.”

Richard, like the vast majority of education experts, has a very different vision of what education should be for.

He doesn’t think it should be focused on filling children’s heads with facts.

“Education’s central focus should be to enable children to become free, critical, ethically-informed and motivated thinkers and citizens,” he said. “It should help them become emotionally aware and socially competent.”

And he’s committed to fighting for that vision. “We must embrace every conceivable means of influence to challenge this,” he said.

“We need protests, demonstrations, general campaigning, media coverage, regular writing to MPs and so on. All these things can contribute to change. But things aren’t going to change overnight.

“We must be in this for the long haul.”

Go to earlychildhoodaction.com for more information. Too Much, Too Soon? Early Learning and the Erosion of Childhood is edited by Richard House and is available from Bookmarks, the socialist bookshop. Phone 020 7637 1848 or go to bookmarksbookshop.co.uk
Topics Education, Schools 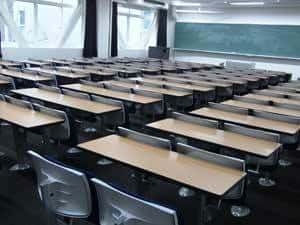 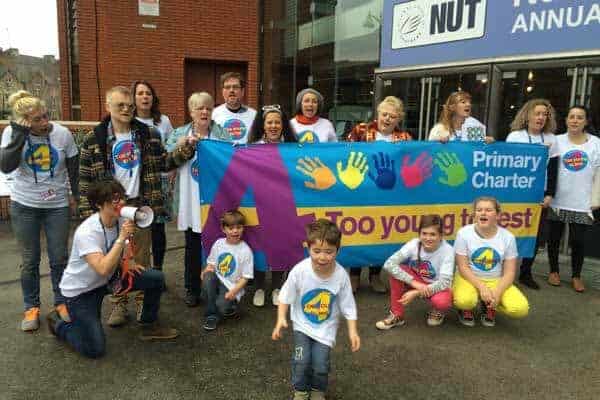 Testing time for the Tories