Crisis for George Bush: what will happen if the US is forced out of Iraq?

This article is over 15 years, 7 months old
The US president is plummeting in the polls at home, while the war abroad spirals out of control. Jonathan Neale traces the consequences of a defeat for occupation forces in Iraq
Downloading PDF. Please wait...
Saturday 10 June 2006

We are reaching a turning point in history. The US is caught in a military stalemate in Iraq and most Americans have turned against the war. The prospect is now opening up that the US may be forced to leave Iraq. And such a political humiliation would have enormous consequences across the world.

But most Europeans, even those on the left, can’t see what is happening. They believe the US empire is too strong to be broken. They also think Americans are naturally right wing and unable to change their government’s policy. All these beliefs are mistaken. This article tries to explain what is really happening and what it will probably mean.

Politics in the US is changing rapidly. For some years the country has been deeply polarised between right and left. The attacks of 11 September 2001 made the right stronger – but that advantage has now been frittered away on the sands of Iraq.

In Britain, the main lie to justify the invasion was weapons of mass destruction. In the US it was that its troops would be welcomed by Iraqis with open arms. Americans are kept ignorant, but they are not stupid. They now know they were lied to.

In the 2004 presidential election, aides to the Democratic candidate John Kerry kept telling him their polls said he would win – providing he came out against the Iraq war. Kerry refused, loyal to his class, the rich – and lost.

Now a large majority of people in the US think the war was a mistake. They do not all support immediate withdrawal, but they want it and expect it in the next two years.

In response, George Bush’s administration says it will reduce the number of troops in Iraq this year. But such a move would send a signal to every Iraqi politician that the US was weakening and the resistance getting stronger.

Remaining US troops would be reluctant to risk their lives for a lost cause. And the danger of a real defeat would increase. So Bush has talked of reductions – but not delivered them.

This political climate has made the military crisis worse for the US in Iraq. Half the US troops there come from the National Guard and National Reserves. These men and women did not expect to go to war. They are older, and have families, and when they return to the US they leave the army.

Recruitment to the Guard and the Reserves has largely dried up. Regular recruitment is falling too, partly because parents are dead set against it. The Pentagon is relaxing the entrance requirements to include people with mild learning difficulties. But with a deeply unpopular war, they cannot bring back conscription.

The generals can see all this. It is clear from their private briefings to the press that senior US and British officers want out. So do the soldiers and their families.

Now the discontent in the US is spilling out more broadly. In April I marched against the war with 350,000 people in New York. One carried a home-made placard that read, “Name one single government policy that benefits most Americans”. Of course, there isn’t one.

People are fed up with government by and for the rich. The disaster in New Orleans following Hurricane Katrina last year was the moment when most people understood Bush’s attitude to his people.

Then there is the movement for immigrant rights. The same weekend I marched in New York, a million marched in Los Angeles, and many more across the country. Two weeks before that, half a million people marched in Dallas – the most right wing city in Texas.

This movement began with Hispanics, but now includes immigrants of all nationalities. Hispanics are now a larger proportion of the population than African-Americans were in the heyday of the 1960s civil rights movement.

Their movement talks of strikes, unions and class. They are the first group of immigrants to speak their own language in the second generation, and the first to bring a hatred of the US empire from home.

This does not mean everything has changed. But the ruling elites can feel the ground moving beneath them.

In the last 100 years, US mass movements – the unions, civil rights, the anti-Vietnam protests and women’s liberation – have won major victories. They have not done this by winning elections, but by forcing politicians to give them what they want.

This happens when movements reach the point where the elites are afraid they will lose control of the minds and behaviour of ordinary people. At that point, they concede.

The same could well happen over Iraq. The US ruling class is deeply split about what to do. They can’t win in Iraq – but the consequences of a public defeat will be terrible for them.

If the US leaves Iraq, it will lose control of Iraqi oil. The dictatorships in Saudi Arabia and Egypt are widely hated by their own people, who are seen as creatures of the US. With a US defeat, Saudis and Egyptians could well rise up and bring Islamist opposition movements to power. The US would then lose control of all Middle East oil.

It would be many years before the US government could make ordinary Americans tolerate another serious invasion in the Middle East or anywhere else. All this would mean a serious weakening of US power. That, in turn, would threaten US dominance of the world economy.

It is also possible that some countries and corporations would move their reserves into euros, and the dollar would no longer be the world currency. This may well not happen, but the US elites are worried that it might.

But the effects of humiliation in Iraq would go beyond the US economy. Israel is dependent on US military backing and financial support. New governments in Arab lands would threaten Israel and the US military could not come to the rescue.

That is why the Israeli government is desperate to break the Palestinians right now, building new borders and pushing for the US to bomb Iran. They are desperate and willing to risk all.

That’s just Israel. More importantly, the economics of neo-liberalism has come to dominate the world.

Neo-liberalism has meant privatisation all over the world, the contract culture, fees for public services, pension cuts, unions broken and working lives made harder.

Neo-liberalism is not a frill for the corporations and governments. During the late 1960s and 1970s profit rates for the global elite declined. Neo-liberalism is the strategy of the world’s rich to get those profits back up.

This is a matter of corporate survival. The fact that most ordinary people cannot envisage an alternative to the market is a key weapon in the hands of the rich.

Moreover these effects will be amplified precisely because most people don’t believe it can happen. If the Iraqis can win, people will say, then we can take on our government – or our supervisor, or the head teacher. Every manager in the world will lose some confidence.

A defeat in Iraq will open the floodgates – and the US ruling class knows this. But they cannot talk that way in public. Many of them cannot imagine intellectually what defeat would be like, or even allow themselves to think about it. But they can sense it. Inside themselves, they know.

The rich and powerful in other countries are also worried. They don’t like US power and would like to compete with it. But a global weakening of neo-liberalism would be an attack on them too. In Italy, Greece, India and many other places you can see them beginning to rally to the US’s side.

I am not saying that the US is sure to be defeated and then the global social movements will triumph. Our side is strong in passion, but weak in understanding. Their side may well react with terrifying savagery. We can easily lose.

But I am sure that the US empire is facing crisis – and that neo-liberalism is therefore under threat. The rich and powerful know this, and are having an agonised debate about how to react. And the space for struggle from below is opening up month by month.

Jonathan Neale is the author of What’s Wrong With America and The American War: Vietnam, both available from Bookmarks, the socialist bookshop. Phone 020 7637 1848 or go to www.bookmarks.uk.com

Try telling them that the occupation is now over 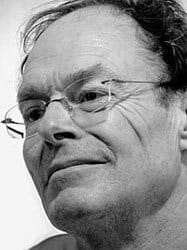 Losing their grip: the Iraq occupation in crisis