After five years of painstaking investigation, the New York Times has revealed how the West knowingly and repeatedly bombed civilians in the ‘drone wars’ launched under former US president Barack Obama. Yet politicians and the rest of the press pretended barely to notice. We shouldn’t let them hide from the truth
Downloading PDF. Please wait...
Saturday 08 January 2022

Every liberal that has “reluctantly” voted to bomb a Middle Eastern regime or terrorist group should be forced to read the New York Times newspaper’s recent special investigation, “The Civilian Casualty Files”.

In painstaking detail journalist Azmat Khan last month pulled apart the myths of carefully targeted air strikes that kill “bad guys” but cause only the most minimal civilian casualties.

She reveals a catalogue of US war crimes, including the deliberate killing of children, when a military target is deemed more important than their lives.

Yet newspapers and politicians that might have feigned outrage if the crimes could be pinned solely on Donald Trump are shamefacedly silent on the bombings that began under Barack Obama.

As Khan writes, the campaign of drone wars and airstrikes “reached full force in the final years of the Obama administration.”

During a five-year investigation she used the Pentagon’s own reports and footage to find the places targeted by airstrikes from warplanes and drones.

She then visited those areas and set about interviewing people on the ground, asking them about people who were killed and injured during the attacks.

The investigation unearths a picture of callousness and carnage that should shame the military and their cheerleaders. One example out of many Khan cites occurred in 2017. US military planners had identified a house they believed was being used by Isis fighters in the Al Tanak neighbourhood of West Mosul in Iraq.

Because the house was listed as a residential home it was on a “restricted target list”, meaning it could not be bombed without special approval. But the planners then decided it was used exclusively by Isis, and that rendered it unrestricted.

On the day of the planned airstrike, drones captured footage of three children playing on the roof, so the ­target’s “casualty estimation worksheet” was updated to include them as likely occupants of the building.

But the US bombed the house into rubble anyway, and concluded, “One possible child was carried out of the strike location” and that three Isis members were killed.

No further investigation was deemed necessary.

Khan travelled to Al Tanak last year and was met by residents of the street that was hit. They told her that in fact 11 members of one family had been killed by the explosion, and that only one member had survived, a little girl called Rahaf.

Why did you kill them? They were innocent. They didn’t do anything

Khan met Rahaf’s grandmother ­Katbeeah, who now cares for the child. She explained to her that the bombing was not a random mistake but that the military had deliberately targeted Rahaf’s house. Khan records her devastated reaction.

“‘I am on fire now,’ she said, her voice robbed of all its signature warmth. ‘Why did you kill them? They were innocent. They didn’t do anything.’ Now she was weeping. ‘They were turned into just flesh. Their house wasn’t suspicious at all. I ask now, I want to know the reason.

“‘I can still see their shadows in front of me,’ she said.”

The killing of the children was not the result of an error, a stray bomb or miscalculation. It was deliberate, calculated—and justified by US military laws of engagement.

US military planners can ­knowingly kill civilians, including children, if the anticipated casualty range is not deemed “excessive” against the “advantage” of destroying the target.

The data in the Pentagon reports claims that children were killed or injured in 27 percent of air strikes that resulted in civilian casualties. But Khan’s on the ground verification found the number was 62 percent.

In case after case, Khan compares the heavily redacted military notes gleaned from the Pentagon with the actuality of war on the ground. And time and again, she finds military investigations into claims of civilian casualties dismissed as “non-credible”.

The New York Times obtained more than 1,300 of these confidential assessments of civilian casualties from the US-led air war in the Middle East between 2014 and 2018. More than 1,100 were dismissed, often because the target area could not be identified properly.

Yet journalists using Google Maps showed that on occasion the Pentagon was either looking in the wrong place or searching for a town using a wrong spelling.

So, in 2016 the US government reported that US airstrikes in Iraq and Syria had killed 25,000 Isis fighters, but only 21 civilians. 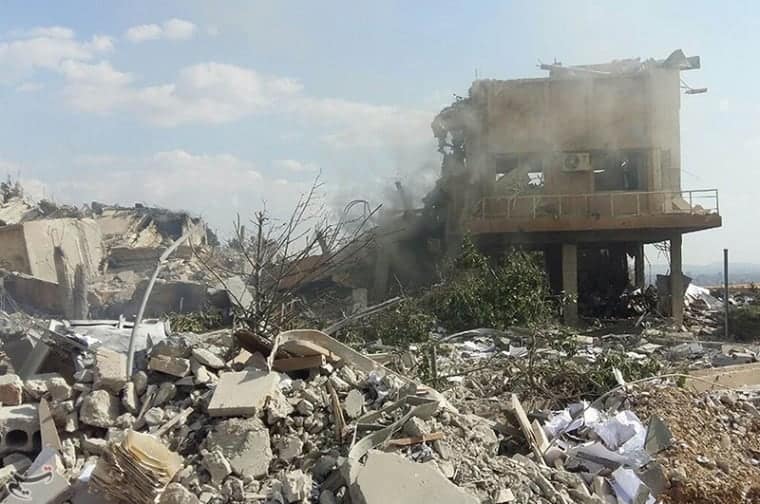 US army knowingly bombed civilians
Read More
In 2018, Khan travelled to Tokhar in Syria. This was the site of one of the largest mass casualty events of the war. The Pentagon admitted the strike had killed 24 civilians. But Khan reveals that the real death toll was far higher.

According to local people, in July 2016 some 200 farmers and their families fled their homes as fighting between Isis and Syrian Democratic Forces raged.

They took shelter in four homes on the outer edge of Tokhar and assumed they would be safe because Isis and the fighting were nowhere near them.

But on 19 July, the US Air Force ­carried out a series of airstrikes on the area. These were so forceful that villagers recalled, “So many people were killed that there weren’t enough young men left to pull the bodies from the rubble.

“It took nearly two weeks, and even then, some of the victims were never found.”

Khan wrote up the names of the ­families that perished. Their details were corroborated with records and local journalists. She counted that at least 120 people had died in the strike.

The Pentagon reports the operation as a success that killed 85 Isis fighters. But it concluded that two dozen civilians “may have been intermixed” with them.

From Khan’s reports you can only assume that Tokhar is just one hardly reported massacre out of many.

With her collection of military records, video footage and witness statements, Khan has painted a devastating picture of what air war really looks like.

“What emerges from the more than 5,400 pages of records is an institutional acceptance of an inevitable collateral toll,” she says.

“In the logic of the military, a strike, however deadly to civilians, is acceptable as long as it has been properly decided and approved—the proportionality of military gain to civilian danger weighed—in accordance with the chain of command.”

Despite having only incomplete files, Khan has already amassed enough evidence to start a war crimes investigation against past presidents Obama and Trump. Britain, which acted as the US’s junior partner in many operations, should be in the dock too.

But instead of Washington and Westminster being aghast at the revelations there is silence.

With so much blood on the hands of both Democrats and Republicans, Tories and Labour, it’s no wonder that so few speak up for the innocent dead.

When Barack Obama was elected US president in 2008 he pledged to bring an end to the wars that his predecessor George Bush had started.

But what he really meant was scaling down the numbers of American troops on the ground—and increasing the number of air strikes.

This, he said, would limit civilian and US military casualties while ensuring US power remained unchallenged.

Twenty years of the West’s bloody war on terror
Read More
Heavily armed drones, flown from remote control centres anywhere in the world, were his weapon of choice. Obama said drones were “exceptionally surgical and precise”.

He authorised over 10 times more drone strikes than Bush. All males of military age in these regions were automatically painted as combatants, making them fair game for remote controlled killing.

And, in the following year alone, the administration dropped at 26,171 bombs. That’s equivalent to three bombs an hour, 24 hours a day, for a year.

Is it all just a video game?

The way drone operators, and those who assessed their targets, talked about the conflict could be lifted from a violent video game.

Buildings and vehicles are assessed to have a “slant”.

So an online conversation that includes “bldg slant 4/1/3” is code for a building containing four men, one woman and three children.

Those who flee a bomb site are called “squirters,” and can be hunted down by drones and fired upon.

Khan reports a log of the chat communications of operators flying drones in Mosul.

It records that when they fired on a building they knew contained children, they asked how much “play time” their drones had left, because the place was really “poppin’.” That meant the drones had multiple targets they could fire upon.

That particular airstrike killed some eight civilians in three families.

The British are at it too

Britain is only too eager to repeat the disaster of US air wars in the Middle East.

The Royal Air Force this week said it had used a drone to drop a 100 pound bomb on a target in Syria.

The Ministry of Defence (MoD) announced the attack, which took place a month ago, on its website.

It said it had “tracked down a known terrorist in northern Syria” and had hit him at a “safe moment”.

Jennifer Gibson from human rights group Reprieve said Britain had engaged in a “targeted killing” without telling anyone how it determined why this person was worthy of assassination.

“The Ministry of Defence also urgently needs to explain how it put out a misleading press release that the person killed was ‘alone in a field’ yet failed to mention the strike occurred as part of a two-hour ground operation that reportedly killed at least three civilians, and no doubt terrorised others,” she added.

According to the information group Drone Wars, Britain still insists that there has only been one civilian casualty since drone-based military action against Isis began seven years ago.