Debate: Should socialists support the revolt in Syria?

This article is over 10 years, 3 months old
Socialist Worker has supported the revolution in Syria—but not everyone on the left agrees. Here, Sami Ramadani argues that those leading the resistance are acting in the interests of the West. Simon Assaf, who writes regularly for Socialist Worker on the Middle East, responds by explaining why we should back the revolt and oppose Western intervention
Downloading PDF. Please wait...
Tuesday 20 March 2012

Socialist Worker has supported the revolution in Syria—but not everyone on the left agrees. Here, Sami Ramadani argues that those leading the resistance are acting in the interests of the West. Simon Assaf, who writes regularly for Socialist Worker on the Middle East, responds by explaining why we should back the revolt and oppose Western intervention

The situation in Syria is dividing left opinion.

But recent reports by Simon Assaf in Socialist Worker are seriously misreading developments in Syria and the Middle East following the magnificent people’s uprisings.

We have to recognise that the imperialist-backed Arab counter-revolution has, in the short term, regained the initiative and is on the offensive.

It was after that coup that then US secretary of state Henry Kissinger described Syria as “a factor for stability”.

The regime, in return for US promises, also backed the 1991 US-led war over Kuwait.

No one talked then of a regime “based on the Alawite sect” funded by “Saudi Wahabi-Sunnis” as the media do today.

Syria is partly occupied by Israel.

The Syrian people would judge any regime as “illegitimate” if it did not liberate Syria from occupation. US promises of rewarding Syria by returning the occupied lands came to nothing.

At the same time, a number of factors changed Syria’s role in the region.

It changed from being an active ally of imperialism, and effectively Israel, to assisting Lebanese and Palestinian resistance while opposing the US-led occupation of Iraq.

The factors include the rise of Iran as a formidable anti-US and anti-Israeli power, and the defeat of US forces in Iraq.

That resistance was led by Hizbollah and backed by Syria.

But ruthless mass murder by regime forces plus terrorist acts by sectarian and al-Qaeda-type gunmen have changed the scene.

Close examination shows that, as in Libya, pro-Nato factions have captured the initiative.

These factions are dominant in the Syrian National Council and the Free Syrian Army (FSA).

The FSA was founded in and is logistically backed by Turkey, a Nato member.

Shaken by the uprisings, Qatari and Saudi sheiks provide funding for sectarian Muslim Brotherhood leaders and Salafi clerics. They target minorities in an attempt to fragment Syria and plunge the country into sectarian civil war.

However, if Syria joins imperialist-Israeli plans to attack Iran, destroy the Lebanese and Palestinian resistance, and help the US in Iraq, the Syrian regime would be given a clean bill of health, as a state enacting reform and having elections in May.

In Iraq imperialists destroyed a country, killed a million people and created four million Iraqi refugees, one million of whom fled to Syria.

These are pointers of what would happen to Syria if the imperialist-Saudi-Qatari plans for Syria succeed.

Most of the left and anti-imperialist democrats in Syria are keenly aware of this.

Simon Assaf: Revolutions show that ordinary people have the power to change the world

The Syrian revolution has thrown up much soul-searching over its direction, strategy and tactics.

These debates have at their heart a deep sympathy with the people and their struggle against a dictatorship.

But there are also discussions with those who support the regime and see any challenge to it as the work of “dark forces”.

Regime supporters portray the Syrian people as pawns of a greater game.

Syrians are seen as puppets of a conspiracy that at different times has revolved around Al-Qaeda, Sunni gangs, “Salafi clerics”, Israeli agents, or American stooges doing the bidding of Gulf sheikhs.

In this scenario people are passive and gullible with no interests of their own.

This ignores the fact that the slogan has from the outset been “the Syrian people are one”.

The Syrian revolt is not an uprising against Alawis or Christians, many of whom support the revolution. It is a revolt against a dictatorship.

Supporters of Syria’s regime accuse army defectors of being agents of the West.

They don’t see defectors as soldiers horrified by what they were ordered to do and who surrendered to the neighbourhoods they were sent to repress.

The truth is simpler. The Arab regimes, whatever colour, never represented the interests of the people.

They are failed regimes born out of an era of defeat.

Up until recently many Syrians held their tongue because they understood the danger of the West and Israel.

As the only country supporting resistance to imperialism in the region, they put their interests last.

The Arab revolutions removed this burden from their shoulders.

The people demanded that the regime make good on its promise of reform. Of course it didn’t, because it couldn’t.

The fact of revolution is testimony to the failure of reform.

Regime supporters point to the charlatans of the Western-backed Syrian National Council.

But they ignore those making the revolution—the local committees, the youth, workers, peasants, the left, neighborhood campaigners and Facebook activists—who reject outside intervention.

They praise the role that Bashar Assad played in Lebanon’s victory over Israel in 2006.

But they don’t praise the Syrian people who opened their homes to refugees—and whose lives are now being torn apart by repression.

The revolutions have unleashed a far more potent force in Egypt, Yemen, Tunisia, Bahrain, Saudi Arabia, Kuwait, and countless other places across the Arab world.

It is sacrifices by ordinary people that have delivered blow after blow to imperialism and its tyrants.

Their movements are beginning to reveal their potential.

These popular revolutions support the Syrian uprising without condition.

There is no greater symbol of this than the Syrian flag of revolution being carried into Tahrir Square on the anniversary of Egypt’s uprising.

Now we are told to abandon a revolution by those who never supported it. Why? Because of the threat of war on Iran.

This is not a new threat. Neither is the finger-wagging at those who have dared to raise the question of repression, prisoners or corruption over the years.

Luckily the new revolutionary generation long ago rejected this rhetoric.

The Syrian revolution has its own history, its challenges and its burdens. Those who support it will fight for its independence and against any Western interference.

Above all we will defend it against those who slander a long-oppressed people desperate to take control over their destiny.

Sami Ramadani is an Iraqi exile living in Britain 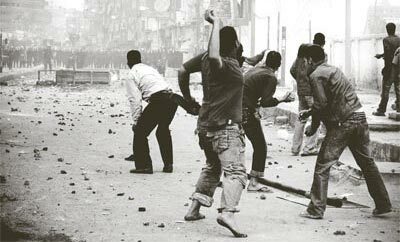 The myth of Gaddafi the radical 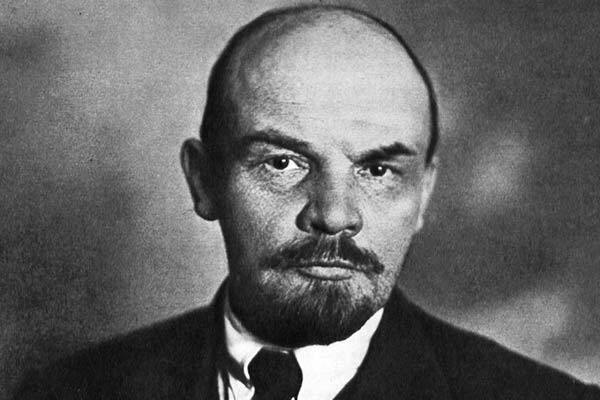