Delving deep into our genes—the revolution in molecular biology

This article is over 7 years, 3 months old
There is a revolution taking place in molecular biology. Scientist John Parrington spoke to Dave Sewell about his new book that explores the issues for a mass audience
Downloading PDF. Please wait...
Tuesday 12 May 2015 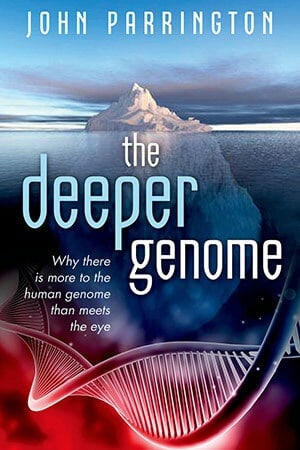 New advances in genetic science could answer one of its most famous mysteries according to Marxist scientist John Parrington.

John told Socialist Worker, “I’ve always been fascinated by the question of what makes us different from animals. What’s the biological basis for our ability to think about the world and act on it?”

The gulf separating what we are capable of from even our closest relatives, chimpanzees, is enormous.

But how can that be the case if our bodies are programmed by the genes we inherit from our parents? Humans and chimps have a staggering 99 percent of the same genes.

John’s new book, The Deeper Genome, explores this and other issues raised by fundamental changes in the way we understand genetics.

In 2012 a project called Encode challenged one of the fundamental assumptions behind the study of the genome.

The controversy this sparked inspired John to write the book.

The genome is the sequence of information, in the form of a long molecule of a compound called DNA, at the heart of every cell in our bodies.

Scientists expected to find it made up of genes, or “coding DNA” that tell our cells how to develop.

But by 2002 a major research project called the Human Genome Project had mapped out our DNA—and genes turned out to make up only 2 percent of the genome. The other 98 percent was written off as junk.

But the results of Encode suggested this “junk” could play a crucial role of its own.

John said, “How could that huge difference between us and chimpanzees be down to just 1 percent of genes that are different?

“It’s looking like the difference could be a lot more than we thought once you take the rest of the genome into account.”

This is shifting the cutting edge of science to the study of how the genome is used by the organism—and from the properties of individual genes to the way they interact with each other. This field is called epigenetics.

DNA is often compared to a blueprint.

But that blueprint is only a fraction of the story. John’s book argues, “Even a blueprint must be read by an architect or engineer, so what was the equivalent for DNA?”

New techniques are coming with the rapid changes in theory. John is enthusiastic about the possibilities they create.

For example, gene editing opens the way to everything from personalised medicine to treatments for schizophrenia and Aids.

Soon inherited diseases such as cystic fibrosis could be identified and treated in the embryo.

Animals could be bred with hearts like ours to help develop cures for heart disease.

But beyond that, John argues that “epigenetics is giving us an insight into what makes us human, and I think that’s going to become a much bigger area of research.

“How can you then explain human consciousness?”

John’s book goes through the history of evolutionary theory, from Charles Darwin’s simple, revolutionary idea of natural selection to the vast laboratories of the 21st century.

It’s full of memorable characters—such as John Gurdon, who finished last in his biology class at college only to demonstrate the role of cell environment in shaping development by cloning a frog.

Jacques Monod researched links between enzymes and cell growth while secretly leading a section of the French resistance to the Nazi occupation.

His colleague Agnes Ullman was a dissident who escaped Hungary under a bathtub after Soviet tanks crushed the 1956 revolution.

It’s also the story of the tension between two ways of studying complex systems—reducing them to their component parts, or studying the whole.

These can mirror attitudes within human society.

Socialists reject the idea that human behaviour can be reduced to biology, or that “there is no such thing as society”, just individuals.

John emphasised, “There is a fundamental difference between humans and animals. We are shaped by our biology. But our relationship to our environment is also shaped by our ability to evolve society in a way that’s nothing to do with biology.

“The idea that we can be reduced to biology is exposed in revolutions. The idea that those at the bottom of society are inferior and meant to be bossed around is shown up when they struggle.

“We see that ordinary people have a huge potential and creativity, and are denied the opportunity to express it by capitalism.”

In some ways the rise of epigenetics represents a move away from reductionism, which John welcomes. But he also warns against throwing the baby out with the bath water.

“Biology has been pushed such a long way through reductionist methods,” he said.

“The traditional view of the genome is very atomistic. It says there’s something called a gene that ‘codes’ for each characteristic we have, and that our genome is just a collection of these genes.

“It was a very revolutionary idea in its time. It goes back to the search for mathematical laws to explain how traits are inherited. But it’s quite a simplistic idea that has now come to its limit.”

One of the most dramatic findings in the book is that what happens in our lives can affect the DNA we pass on to our children. One study demonstrates how childhood stress in some boys altered the genomes of their sperm.

Others suggest genetic differences in some people whose grandparents lived through famines, that natural selection alone can’t explain.

“It’s a damning indictment of what stress can do for a person,” said John.

“What’s not been looked at is the more positive side.”

If you get involved in politics or live through revolutionary changes can that have a positive effect on future generations?

“It’s all very complicated and very hard to test, but it certainly looks like society and biology could be more closely related than thought. It’s a very radical change in how we view the genome, and it’s a huge debate.”

Also controversial has been the rehabilitation of one of the earliest theorists mentioned in the book, Jean-Baptiste Lamarck.

Writing at the time of the French Revolution in the late 18th century, he suggested that organisms could adapt themselves to their environments over the generations.

It was a provocative and materialist break from the idea that they were created, fully formed, by an all-knowing and all-powerful creator.

But what Lamarck couldn’t identify was the mechanism that allowed them to do this. Some 70 years later Darwin found such a mechanism. Organisms produce a variety of offspring, each with slight changes produced essentially at random.

But only those best suited to their environment survive to reproduce in turn.

It is often ridiculed as the idea that a giraffe could give its offspring a longer neck to eat higher leaves through sheer force of will.

But the possibility that variation may not always be completely random is bringing Lamarck’s ghost back into the mainstream.

“Suddenly the idea that the environment can shape evolution no longer seems so absurd,” said John.

“Recent findings are also challenging the idea that evolution has to be a gradual process. The exciting thing is that it’s shown we’re only at the start of understanding how the genome works.”

John draws on his background as a socialist to help make sense of the controversies thrown up by new technologies, from genetically modified food to “designer babies” and animal testing.

He said, “One of the great indictments of capitalism is that the more we create these incredible tools for understanding the world and changing the world, the less we seem as species to be in control of our destiny.

“People are dying because they’ve no access to clean water. And there’s no political will to do anything about global warming.

“We’re constantly getting these new technologies, but we’re stuck in a society that seems incapable of using them for human good.

“That contrast between the potential and the actual reality is why I’m a socialist.”

John Parrington is an associate professor in the department of pharmacology at the University of Oxford. He is also a regular columnist for Socialist Worker

The Deeper Genome by John Parrington published 28 May, available for pre-order £18.99

How did human beings evolve? by John Parrington