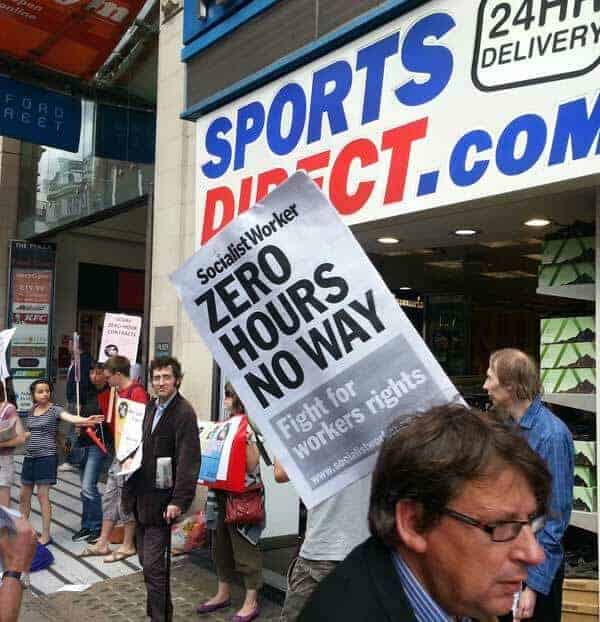 Zero hours contracts are making life a misery for hundreds of thousands of workers in Britain.

The contracts don’t guarantee workers a set number of hours. Instead they give bosses power to alter hours on a daily or weekly basis. This means workers never know how much money they will have coming in from one week to the next.

A Resolution Foundation report on zero hours contracts published in June detailed the ways in which they make workers’ lives more stressful.

“You have to be really careful with money,” said one worker in Brighton. “I try to save to cover the possibility that my hours will be low one week but it’s hard as the pay isn’t fantastic to start with.”

A care worker in Edinburgh described the impact on her family. “You basically have to take what hours you’re given,” she said.

“So on any typical week I might have a Friday off when I’d rather be working but then have to make up my hours by working on a Sunday when I want to spend time with the kids.”

They are also more likely to be looking for a new or extra job than other workers. They work an average of 21 hours a week while workers on other contracts work 32 hours.

But more than 80 percent of people on zero hours contracts are not looking for another job. And 70 percent are in permanent jobs.

Most people on zero hours contracts are aged 25 or over. But people aged between 16 and 24 are more likely to be on them than other age groups.

The Resolution Foundation estimates that 37 percent of workers employed on zero hours contracts are aged between 16 and 24.

Much of the media has rightly highlighted the problems of zero hours contracts.

Unfortunately it has also given the impression that these contracts are a new phenomenon that has transformed the experience of work.

In reality the contracts aren’t new and the vast majority of workers in Britain don’t have them. The Labour Force Survey estimates that 0.8 percent of Britain’s workforce was employed on zero hours contracts in the last three months of 2012. This is around 250,000 workers.

The Resolution Foundation said that the real level is likely to be “far higher” than official estimates. It cites one worker who was unaware she was on a zero hours contract and says many workers fail to accurately identify their contracts.

The Guardian newspaper estimated that the real figure could be around one million, or 3.2 percent of Britain’s workforce.

The report points out that zero hours contracts are “anything but a new phenomenon”. They first became popular with Britain’s bosses in the late 1980s and early 1990s.

The number of zero hours contracts hasn’t steadily risen over time either. Instead it has fluctuated.

So, some 0.8 percent of the workforce had zero hours contracts in 2000 according to the Labour Force Survey.

The Resolution Foundation report shows that around 8 percent of all workplaces use zero hours contracts.

Some 20 percent of zero hours contracts are in health and social work.

It is dangerous to exaggerate the extent of zero hours contracts because it overplays bosses’ strength.

It gives the impression that an army of workers is simply at bosses’ beck and call, to be called in and sent home as required. Lots of ordinary people understandably feel more insecure as the economic crisis has deepened.

They can see workers being thrown onto the dole and others losing hours. They rightly want to see an end to practices that make workers’ lives worse. But exaggerating the problem doesn’t help to fight it.

Workers’ power comes from their position in the class system. They have the ability to stop production and the flow of profits—whatever contract they are on.

So-called “weaker” workers can fight and win. Sometimes they have done so on an enormous scale. Match workers at London’s Bryant and May factory, all women and girls, struck in 1888.

These unskilled workers weren’t in unions and they worked in appalling conditions. But their action sparked a wave of strikes among other unorganised workers such as gas workers, dockers and seafarers.

Other times unorganised or casual workers have won victories on a much smaller scale. A group of cleaners at a school in Newham, east London, won the reinstatement of a dismissed union activist in 2009.

The cleaners often didn’t have proper contracts and were moved to work in different schools without notice. But when they started organising and preparing to take action to defend the activist, management reinstated her.

Electricians won a magnificent victory last year over construction bosses who were trying to impose new, worse contracts on them. Many of those fighting back were “casual” workers.

As one electrician put it, “We have had subcontractors, agency workers and the directly employed all working together on the protests. That’s how we can become strong.”

And some workers on zero hours contracts, such as further education lecturers, are far from unorganised. On the contrary they have taken several days of strikes.

There isn’t an objective reason why workers on more casual contracts or who have worse conditions won’t fight. But there are subjective ones. Union leaders’ failure to lead can make workers feel less confident to take action.

As Tom, who works for a major supermarket chain, put it, “Often people don’t see the point of joining a union because union leaders aren’t fighting.

“Plus my workplace is young. For a lot of people it’s their first employment. People have no experience of unions. But over the past few months I’ve recruited four or five people to the union.”

The Resolution Foundation report into zero hours contracts has said that the economic crisis is their main driver.

It added that some bosses may be using them instead of taking on agency workers—avoiding the Agency Workers Regulations and agency fees.

But bosses don’t have to rely on zero hours contracts to attack workers. They have a myriad of ways of trying to drive down pay and chip away at our rights.

They can insist on temporary or fixed term contracts. They can give low hours contracts or part time work when workers want more hours. Eight million people had part time jobs in August last year—and more than a million of them wanted to work full time.

Bosses can employ agency workers on lower pay and worse conditions than other workers—then sack them before they’re entitled to any rights.

Yet most workers in Britain remain on permanent, full-time contracts in workplaces of over 50 people. Just over six percent of UK workers were on temporary contracts at the end of 2011.

And the number of workers in permanent jobs rose at the fastest rate for more than two years in June this year. 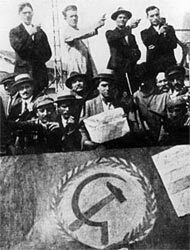 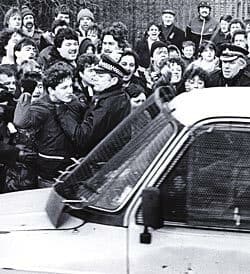