This article is over 1 years, 7 months old
Isabel Ringrose looks at Donald Trump’s four years in the White House, and examines the way in which his every move has been met with a fight from below
Downloading PDF. Please wait...
Monday 05 October 2020

And his neoliberal policies ­prioritising profits mean the wealth gap in the United States (US) is now the biggest it has been in 50 years.

Trump is also a compulsive liar. As of 29 May he had made an estimated 19,127 false or misleading comments throughout his presidency.

During Trump’s first campaign for the White House he included many populist promises—such as removing corruption from Washington politics by “draining the swamp”.

His vow to “Make America Great Again” and demonisation of media ­criticism as “fake news” are now ­catchphrases among his right wing supporters.

Racism has been a central element of both his election campaigns.

During the first 2020 presidential debate he told the Proud Boys—a fascist organisation—to “stand back and stand by”.

He’s also implied he will mobilise ­racists and elements of the state to be able to cling onto office if he loses the vote. This would be a replay of the 2000 election, stolen by George W Bush from Al Gore, but on a much higher level.

Trump has given ­confidence to the far right in the US and legitimises racism that is structured into society.

When a white supremacist drove into anti‑­fascist ­protesters in Charlottesville in 2017, Trump insisted that there “were very fine people, on both sides”. The racist rally was attended by white supremacists and neo-Nazis.

In 2019 he tweeted that four Democratic members of Congress—all black women—should “go back” to the countries they “came from”.

His racist rhetoric has helped to grow white nationalist hate groups by 55 ­percent.

Trump’s legacy is one of ­cruelty and brutality—but his policies have also driven forward historic resistance.

There has been resistance from below to his policies at every turn, so Trump hasn’t always had his way .

Under his presidency the Black Lives Matter movement reached new heights. After the racist police murder of George Floyd in May, millions of people protested in thousands of towns and cities across the US.

Unemployment up, taxes on rich down

Since January 2017 Trump has falsely boasted over 250 times that the US economy is the best it has ever been.

It’s the rich who have gained.

When Trump signed the Tax Cuts and Jobs Act in 2017 it reduced the corporate tax rate to 20 percent from 35 percent.

Official analysis showed that the top 1 percent of taxpayers—who have an income over £566,788 a year—would receive 83 percent of gains from the act by 2027.

Chickens have come home to roost for the virus denier

Trump’s handling of the Covid-19 crisis has resulted in over 207,000 deaths in the US and 7.3 million confirmed cases—including himself.

Yet the day before he was diagnosed he lied, “The end of the pandemic is in sight, and next year will be one of the greatest years in the history of our country.”

Trump has pushed for ending state’s lockdown restrictions to reopen the economy by playing down the scale of the pandemic.

And he told the public that injecting bleach into the body would help treat the virus.

But Trump has refused to admit any mistakes of his handling of the outbreak.

Instead he has blamed Democratic state governors and the World Health Organisation.

Introduced by Barack Obama, it legislated for an extra 24 million people to be covered by health insurance.

Although Trump has not been able to overturn the ACA, he has effectively “let Obamacare fail”, as he threatened to do.

And he hopes that a more right wing Supreme Court might strike down the act as a whole.

His attacks mean there are over 27 million people in the US without healthcare plans, while insurance companies pocket their profits.

Trump has pushed an imperialist agenda—knowing that Democrat presidential hopeful Joe Biden would do much the same. 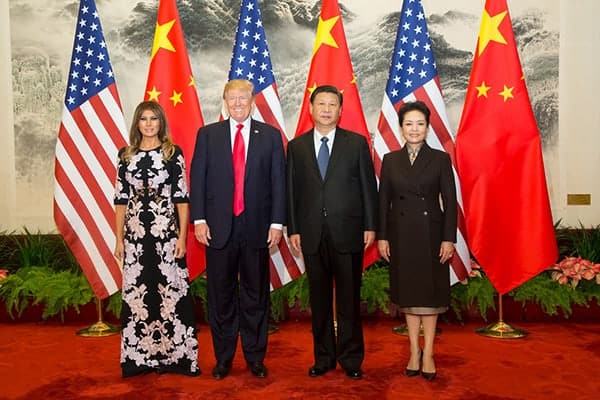 In particular Trump has tried to blunt the economic and political rise of China.

In 2019 the US raised tariffs on £154 billion worth of Chinese goods and imposed restrictions on Chinese firms in the US.

Trump also withdrew from the Iran Nuclear Deal in 2018. He imposed sanctions on Iran, and maintained them even during the pandemic—meaning Iran is short of vital medicines and equipment.

In 2017 he declared a national emergency over US relations with North Korea, after trade talks failed. But by 2019 boasted that he has an “excellent relationship” with dictator Kim Jong Un.

Trump road roughshod over Palestinian rights when he officially recognised Jerusalem as the capital of Israel in December 2017, relocating the US embassy there.

The US also withdrew from the Human Rights Council because of its supposed “chronic bias against Israel”.

Trump’s endless attacks on immigrants have continued throughout his presidency, securing him the title as one of the world’s biggest—and most powerful—racists. 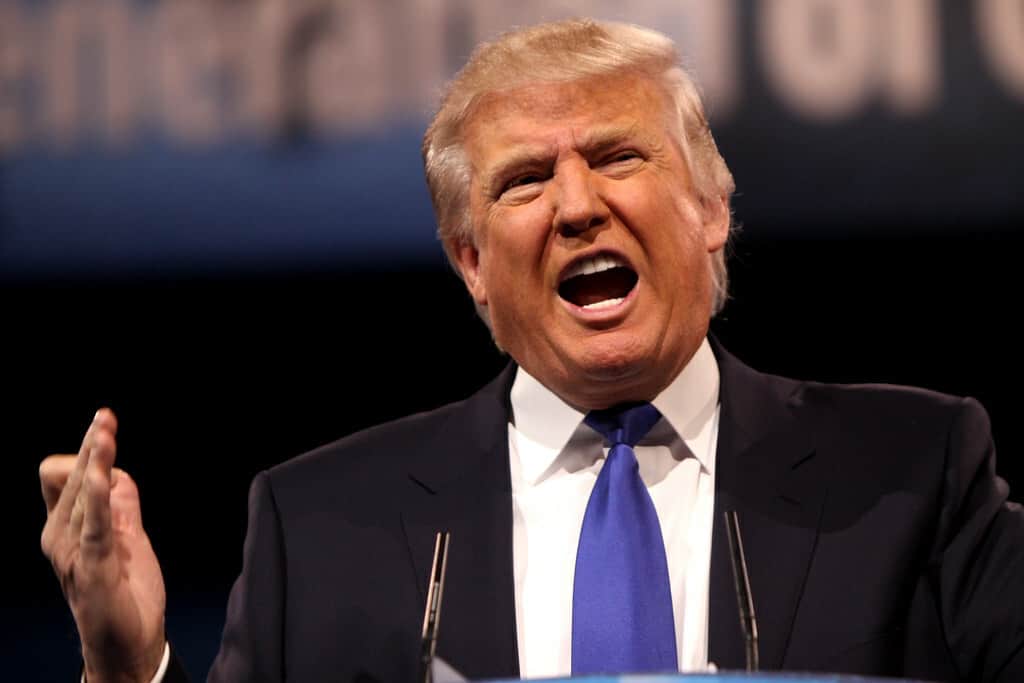 He stuck ruthlessly to a 2016 campaign pledge to set the annual limit for refugees accepted into the US at a record low of 18,000 people.

And in his first week in office he brought in his Islamophobic “Muslim-ban”.

It barred entry to refugees for 120 days and stopped citizens of Iraq, Iran, Libya, Somalia, Sudan, Syria, and Yemen from travelling to the US for 90 days.

The Trump administration has also separated more than 5,400 children from their parents at the US–Mexico border.

Children were forced into immigration detention centres and kept in metal cages.

Migrants have endured prolonged detention and overcrowding, poor hygiene standards, and even sterilisation. He pledged to build a 1,000-mile, concrete wall on the US‑Mexico border to keep out “illegal immigrants.”

As of September 2020, 341 miles of wall had been completed—but less than 10 miles is a new construction.

Despite vowing that Mexico would pay for it, the wall project has been financed by the US public purse.

The “zero tolerance” policy towards illegal immigration led Trump to send thousands of border police to stop migrants from entering the US—permitting troops to shoot directly at them.

But Trump’s racist policies have been met with resistance.

The 2017 “Day without immigration” demonstration called for people to not go to work, avoid spending money, and keep children from school.

And thousands of protesters showed up at airports across the US to resist the travel ban.

He is a staunch anti-abortionist.

This meant healthcare providers receiving this funding couldn’t tell women about abortion services, or offer the procedure themselves.

Trump has also overseen a campaign to overturn Roe v Wade, the 1973 court ruling that gave women some access to abortion. His efforts mean that abortion has essentially been wiped out in some states.

The “heartbeat bills”, new restrictions, clinic closures and soaring medical fees all make it harder for poorer women to exercise their right to choose.

But his anti-abortion legislation doesn’t stop women having abortions—it means poor women have to access dangerous and illegal procedures.

The opening shot of resistance against his presidency was the January 2017 Women’s March—the second largest protest in US history.  Over 5 million people marched, with over 470,000 in Washington DC demanding women’s rights, healthcare reform, and reproductive and LGBT+ rights.

In March 2017 he signed an executive order that revived the coal mining and automobile industries by withdrawing Obama’s Clean Power Plan. 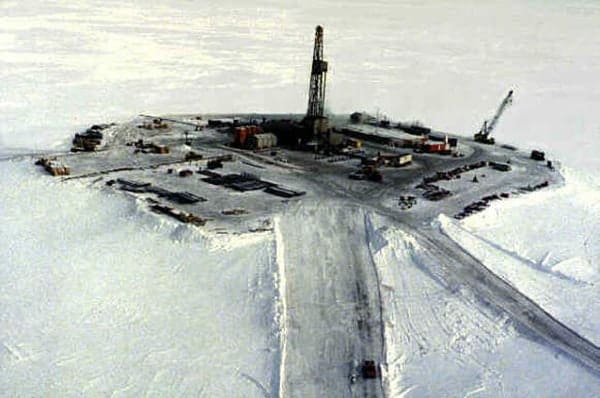 White House is drowning in a climate of denial
Read More

This raised the costs of solar energy and cut jobs—in an industry had employed nearly four times as many workers as coal mines. And critically, Trump promised to withdraw from the 2016 Paris Agreements.

California’s worst wildfires in history burnt through more than 3.4 million acres in 2020. But Trump argued that the lack of forestry, rather than climate change, was the cause.

But again, Trump has been met with opposition from below.

The People’s Climate March saw events in 300 locations across the US on the hundredth day of Trump’s presidency.

And over 1,000 strike events took place across 50 states during the September 2019 climate strikes. 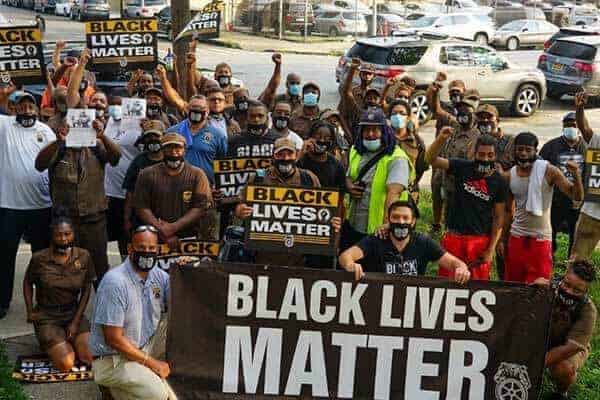 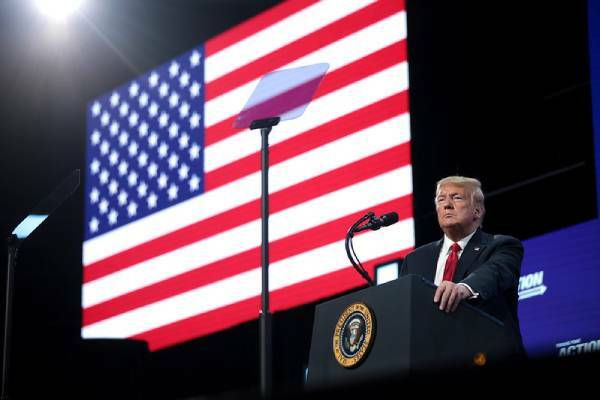