This article is over 10 years, 0 months old
2011 was the year when what often seemed like Marxist abstractions—crisis, revolution and mass strikes—became living realities.
By Alex Callinicos
Downloading PDF. Please wait...
Tuesday 10 January 2012

2011 was the year when what often seemed like Marxist abstractions—crisis, revolution and mass strikes—became living realities.

To get some kind of grasp on that year, in order not just to look backwards but to look ahead, I’m going to focus on those three themes.

We’re well into the fifth year of a global economic crisis that first broke out in August 2007. The way the crisis originated in the financial system, which acts as the nervous system of capitalism, is crucial to understanding what’s happening in the eurozone now.

It isn’t about the profligacy of the Greeks or the stubbornness of the Germans or any of the other stereotypes. The crisis of the European banking system is central.

All the European banks still hold large quantities of the debt, the bonds, of the eurozone governments. And some of the biggest banks, like Italy’s Unicredit and Germany’s Commerzbank, are in a very serious state.

The so-called rescues of Greece and Ireland weren’t to help those countries, but to save the European banks.

All this in a way is familiar. The most significant shift over the last year is the spread of the crisis from the EU and the US, the historic core of advanced capitalism, to the rest of the world.

The world went into a deep slump in 2008 and 2009. As the global economy recovered from that slump, there was what was described as a two-speed recovery.

In the so-called emerging market countries, of which the most important are China, Brazil, India and South Africa, there was vigorous economic growth from 2009 onwards. What’s changed in the past few months is that these economies are now sliding into recession.

This is partly a result of the collapse in trade because of the eurozone crisis. But it also reflects the very unstable character of the economic growth in China, involving huge amounts of speculative investment. The other emerging economies, to a large extent, provide food and raw materials to the Chinese economy.

It seems to me that the general picture in 2012 is going to be of the crisis continuing.

Against this background, we see the renewal of the revolutionary tradition, arising from the revolutions that started in Tunisia still less than a year ago. Most central is what’s happening in Egypt.

Egypt is the country where we’ve seen a real process of radicalisation. We’ve seen the Scaf military junta trying to reconsolidate power. But we’ve also seen the deepening of the revolution.

There has been the crystallisation of a large revolutionary minority—though not in the sense of wanting to overthrow capitalism necessarily. But they do want to get rid of not just Mubarak but the whole regime.

The revolutions have had a global impact. They have helped to stimulate a new wave of anti‑capitalist revolt.

The occupation of Cairo’s Tahrir Square has been imitated all over the world, starting with the 15 May movement in Spain but becoming really global with Occupy Wall Street.

The challenge to capitalism represented by the Occupy movement isn’t particularly ideologically coherent, and it’s primarily at the symbolic level. Nevertheless the symbolic shift is important.

This brings me to the third question—the mass strikes. They allow us to address the gap between symbol and reality in the Occupy movement. What social force do we look to?

What we’re seeing is the beginnings of the renewal of the working class in this country after a long period of defeat. It was clear that the very reality of the 30 November strike, reaching so deep into society, acted in itself as a stimulus for the renewal of workers’ organisation.

The future of the strikes is in the balance, but the situation is an open one.

It can sometimes feel like there’s a big gap between our aspirations to transform the world and reality. But I think we can say that in the last year we’ve seen that gap narrow.

SWP conference 2012: The mood is there to beat the Tories 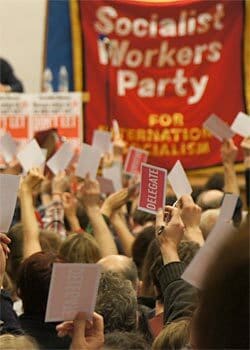 SWP conference 2012: Building a revolutionary party in an era of crisis 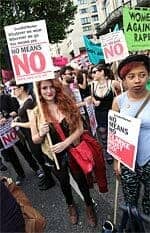