This article is over 15 years, 10 months old
Noel Halifax’s series on sexuality continues with a look at the life of Edward Carpenter
Downloading PDF. Please wait...
Saturday 04 March 2006 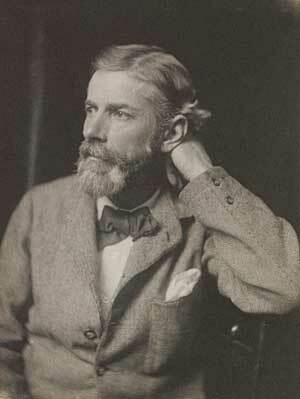 Edward Carpenter was a pioneering figure in both the gay rights and the socialist movements, from the 1880s, through the formation of the Labour Party and into the 1920s.

Carpenter’s ideals were utopian and would probably be considered “lifestyle politics” today. But he had a great influence on the labour movement of his time.

He was born in 1844 into a well off naval family, and his early life was typical of his class. He went to Cambridge University in 1864 before entering the clergy as a curate at St Edwards church in Cambridge.

This cosy life was transformed in 1868 when he read Walt Whitman’s great poetic work in praise of the common man, Leaves of Grass.

Carpenter abandoned the church to devote his life to the “mass of the people”. From then until his death in 1929 he spent his inheritance and his life campaigning and living the new socialist way of life.

He wrote on the awfulness of the capitalist system, against the landed aristocracy and for his vision of socialism – a new era of democracy, comradeship, cooperation and sexual freedom.

Living openly with George Merrill, his working class partner, on a small freehold outside Sheffield, Carpenter cycled through the mill towns spreading the new socialist creed.

Carpenter believed that as well as male and female there was an “intermediate sex” characterised by a “Uranian spirit” (from “uranos”, the Greek for heaven). This Uranian or gay spirit was a potential in everyone, he argued, and the future socialist society would be based on this spirit or “dear love of comrades”.

Gays were exempt from the damaging effects that property ownership had on heterosexuals because they were outside of marriage, argued Carpenter.

As he writes in his 1908 book The Intermediate Sex, “It is possible that the Uranian spirit may lead to something like a general enthusiasm of humanity, and that the Uranian people may be destined to form the advance guard of that great movement which will one day transform the common life.”

Carpenter believed that socialism could not only be argued for and campaigned for, but also lived in the here and now.

He advocated nudism, vegetarianism, simple living and open and free relationships. Free love and new ways of treating each other were not just the ultimate aims of the future socialist society, but to be lived now.

This is all a far cry from civil partnerships and the gay scene of today with its consumer lifestyle magazines such as Attitude. Rather than being the vanguard of anti?capitalism, as Carpenter had thought, gays since the 1980s have been on the cutting edge of expanding the reach of consumerism.

Nevertheless, Carpenter was enormously influential on a wide range of writers and political thinkers, including DH Lawrence and all the leaders of the early socialist and labour movements. On his 80th birthday in 1924, the entire cabinet of the Labour government signed a commemorative greeting.

EM Foster’s novel Maurice is said to be based on the relationship between Carpenter and Merrill. Even the insults directed against “sandal wearing vegetarians” found in the works of George Orwell are a response to Carpenter, who always wore and advocated sandals.

At their best, Carpenter’s writings are a stirring call to create a new and truly free democratic socialist world, and to reject the capitalist system. But how do we go about achieving this new society?

Carpenter thought that education alone would provide the answer. Demonstrating the obvious benefits of socialism and freedom over capitalism and oppression, combined with living the new way, would in and of themselves transform society.

He was wrong. The new Labour Party that he had done so much to help create did not build a new society, but defended the old one.

And Ramsay MacDonald’s Labour cabinet of 1924, who sent their greetings to him, turned out to be the same people who launched vicious attacks on the “mass of the people”, who Carpenter had devoted his life to.

Sexuality and struggle in Weimar Germany 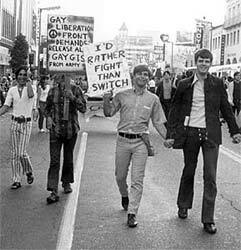