Egypt: Faith in the revolt

This article is over 10 years, 1 months old
The left’s attitude to Egypt’s Islamists has long been a point of debate – Revolutionary Socialist Hossam el-Hamalawy says a sit‑in at Egypt’s Ministry of Defence shows it’s vital to take sides
Downloading PDF. Please wait...
Tuesday 15 May 2012

During a march last week, a young comrade I know from Cairo University approached me— a medical student who was among the field hospital doctors during the Ministry of Defence (MoD) sit-in.

He told me of a Salafi woman in niqab, who kept on kissing the Revolutionary Socialists red flag during the sit-in, shouting, “Forgive me, I didn’t know about you before!”

I replied with the story of another comrade who was entering the sit-in and was being searched by a Salafi sheikh.

When the sheikh found the flag of the Revolutionary Socialists, Marxist books, as well as issues of The Socialist newspaper in their bag, he told the young student, “Come in son, may God be with you!”

These were just two stories, among many, witnessed by our comrades during the controversial sit-in.

The MoD sit-in was started by a group of supporters of the disqualified Salafi presidential candidate Hazem Salah Abu Ismail.

They marched on the ministry on the night of Friday 27 April, and decided to stage a sit-in calling for the dissolution of the Presidential Electoral Committee. They blamed the committee for the disqualification of their candidate.

This committee has also been the target of the revolutionaries’ wrath from all shades of the political spectrum.

The sit-in lasted for a week, during which it was subject to attacks with knives, swords and machine guns. It was fired on by plainclothes thugs working closely with the army.

It was finally ended by a crackdown from the military police and army special forces last Friday, resulting in the arrest and torture of hundreds.

If you think Islamophobia is on a worrying rise in Europe, you should have seen the Egyptian Twitter-sphere during the week of the sit-in. Liberals and leftists were reacting in the most disgusting way.

There are those who by default will stand against anything Islamist, anyone with a beard or niqab, and will avoid them like the plague.

Their position varied from neutrality, as if this fight between the Islamists and the army is happening on another planet, to praying that the two sides by some miracle will finish each other off. Some even supported the army’s crackdown on the Islamists.

And of course you got the usual chorus, which comes up whenever there are clashes with the police and the army, shouting, “It’s not the time for this, we have other important matters.”

And usually those “important matters” are elections, or another so-called milestone in the political process sponsored by Egypt’s ruling Supreme Council of the Armed Forces (Scaf).

But the “Islamists” are not a unified, homogenous bloc. We are talking about millions of Egyptians from different backgrounds and provinces who are part of the Muslim Brotherhood and the different Salafist groups. It’s even wrong to lump all “Salafists” into one basket.

Many of the workers I have been bumping into during strikes from 2007 onwards have beards that almost reach their bellies and are followers of Salafi sheikhs.

The sheikhs had prohibited strikes and demonstrations, yet their poor followers were obviously moving in a different direction.

Already the Salafi movement is splintered. The dismal performance of would-be president Abu Ismail in the crisis, including repeatedly disowning his supporters, is bound to create a disillusioned base.

Isn’t there a critical mass that could be won to the side of revolution?

Of course there is—and revolutionary socialists have to play a role in influencing this base as much as they can, according to their capabilities and political weight.

There is nothing more farcical than the notion that the Muslim Brotherhood (MB) is an iron fist organisation whose members are blindly following its leadership’s orders. The organisation has been mired in factions and splits for years, along generational and class lines.

Despite refraining from mobilising for an entire year following February 2011, there has not been a serious clash with the state that has not involved young MB members in the protests, contrary to the group’s line. I personally witnessed that on several occasions.

So what do you do as a revolutionary socialist in the midst of this?

We should not stop exposing the hypocrisy and the counter-revolutionary politics of the MB leadership.

But we should not give up on trying to attract the youth, and those in the MB who are sincerely pro-revolution, once again to the revolutionary camp. They can even be won to socialist politics—something that I’m also witnessing.

That’s not going to happen by sitting on Twitter and ranting about the MBs like many leftists are doing, but by physically being present on the ground in the events they organise, and continuously arguing and debating.

And when a fight breaks out with the state, you don’t withdraw and say may god burn them both—you have to take sides.

The MoD sit-in was a step forward for the revolution, not a regression. This is despite the army’s onslaught that saw several comrades detained, and brutally tortured.

We have taken the fight to a new level, breaking a great taboo, which is staging sit‑ins and direct actions at the headquarters of the counter-revolution itself.

I salute the bravery of all the comrades who took part in the sit in and in resisting the army’s crackdown.

All Revolutionary Socialist activists and sympathisers are now out of prison, but there are hundreds of Islamists, independent activists and ordinary people who are still languishing in custody, awaiting military prosecution. We must do our best to stand by them and secure their release.

We will continue to organise against Scaf, and we should be more than keen to reach out to the Islamist cadres who are willing to join this fight.

The polarisation within the Islamist movement will only increase with every betrayal and compromise the Islamist leadership brokers with Scaf.

It will rise with every confrontation with the state, with the growth of a revolutionary left, and with the escalation of the strike wave.

But in all cases, we must be vigilant enough to remain organisationally independent, moving under our own banners, with our own literature—making no compromises.

We should be sometimes with the Islamists, but never with the state. 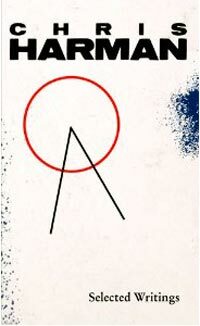 Socialists and Islamists: We're on the same side... sometimes