This article is over 13 years, 6 months old
Up and down Britain council workers are being saddled with Gordon Brown’s public sector pay freeze – and at the same time face councils using single status to attack them.
Downloading PDF. Please wait...
Tuesday 15 July 2008

Up and down Britain council workers are being saddled with Gordon Brown’s public sector pay freeze – and at the same time face councils using single status to attack them.

Single status deals are supposed to deliver a common pay scale and harmonisation of conditions for all jobs.

But the government has refused to give local authorities the extra funds to pay for the wage rises of those who are supposed to gain from the deal.

Every authority was supposed to implement the single status deal by 1 April 2007, but less than half have reached agreements.

Some councils openly admit that they don’t expect agreements to be reached until 2012.

Many councils are targeting specific groups of workers in order to soften them up for privatisation.

Others are using single status as an excuse to push through cuts in services.

But council workers are fighting back.

We have seen strikes and protests up and down the country.

But unfortunately, the lack of a national focus so far has left many workers isolated. Some feel they have no choice but to resort to the courts to get decent pay.

The union leaderships have used these legal cases as an excuse to prevent a national focus emerging, or in some cases to stop people even discussing single status.

There needs to be a national fight against these attacks.

That means demanding the right to discuss single status in union meetings and conferences.

It also means an end to the unions being prepared to have some level of fightback against Tory or Lib Dem councils but holding back any resistance in Labour controlled councils.

We need a national campaign that forces the Labour government to fund councils to have equal and fair pay without any cuts in wages, jobs or services.

Tapping the anger against the system and the war 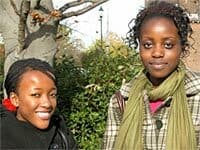 Vibrant history of resistance to war