Even Bush’s allies warn against war

This article is over 19 years, 4 months old
GEORGE BUSH'S drive for war has opened up bitter rows in the US establishment - even among those who share his long term objectives. But in a speech this week aimed at those with misgivings, US vice-president Dick Cheney said the danger of \"inaction\" is greater than the risks of war.
By Kevin Ovenden
Downloading PDF. Please wait...
Saturday 31 August 2002

GEORGE BUSH’S drive for war has opened up bitter rows in the US establishment – even among those who share his long term objectives. But in a speech this week aimed at those with misgivings, US vice-president Dick Cheney said the danger of ‘inaction’ is greater than the risks of war.

James Baker, who as secretary of state helped organise the last war against Iraq, is the latest top Republican to question Bush’s tactics. He wrote in the New York Times last weekend that the US should seek a United Nations resolution to build international support for the war.

He warned of domestic and international risks ‘if we end up going it alone, or with only one or two other countries’. The divisions at the heart of the US establishment come as a poll at the end of last week shows falling support in the US for war. The Gallup poll showed support for deploying troops in Iraq down to 53 percent. It was 61 percent in June and 74 percent last November.

Some 41 percent of those polled last week oppose sending ground troops. Crucially, only 20 percent are for the US sending in troops ‘without the support of its allies’. That lack of support is troubling traditionally hardline US political figures like Henry Kissinger.

He wrote recently in the Washington Post that, while he was for war, ‘military intervention should be attempted only if we are willing to sustain such an effort for however long it is needed’. He said the US had a long way to go to win international backing, and had to have some idea of what to replace the Iraqi regime with.

That was underlined this week when Egyptian president Hosni Mubarak said not a single Arab government backed war. Others have gone further, warning of a long war, and of political chaos in Iraq and the Middle East. Brent Snowcroft helped win backing from other states for the US-led war on Iraq in 1990-1.

‘So long as that sentiment persists it would require the US to pursue a virtual ‘go it alone’ strategy against Iraq, making any military operations correspondingly more difficult and expensive.’ And he warned that if the US ‘were seen to be turning our backs’ on what Israel is doing in Palestine ‘in order to go after Iraq, there would be an explosion of outrage against us’.

That brought a rebuke from Richard Perle. He is an adviser to US defence secretary Donald Rumsfeld, and is on the extreme wing of the Bush gang. Perle said, ‘The failure to take on Saddam after what the president said would produce such a collapse of confidence in the president that it would set back the war on terrorism.’

In other words, war is necessary to preserve the ruthless reputation of the US state and the political career of Bush, who is mired in corporate corruption scandals. A senior Republican senator, Chuck Hagel, said of Perle, ‘You can take the country into a war pretty fast. But you can’t get out as quickly. ‘Maybe Mr Perle would like to be in the first wave of those who go into Baghdad.’

Bush responded to Kissinger, Snowcroft and half a dozen other top Republican critics by saying he would listen carefully to what they had to say and would not rush a decision for war. Within three days Bush’s defence secretary Donald Rumsfeld suggested such criticism would not deter the US war drive.

Protest has a vital role

A MASS anti-war movement, combined with anti-imperialist struggles in the Middle East, can stop the warmongers. In Britain it has already put Tony Blair on the defensive. He risks political isolation if he backs the war.

James Baker, former US secretary of state, wrote in his memoirs how building international support for the Gulf War was crucial to winning over domestic opinion. International isolation for the US government can deepen the cracks at the top and encourage an anti-war movement.

Bush is already facing determined anti-war protests at home (see picture above). Mass protests in the West will strengthen all those in the Middle East who want to resist imperialist intervention.

Ruling classes, or leaders representing them, often stumble into their greatest crises when they are overconfident. The anti-war demonstration on Saturday 28 September in London is not just a chance to make your voice heard. The protest can have a tremendous impact in wrecking Bush’s war plans.

Goal is US dominance

THE RIGHT wing critics of Bush’s strategy have two central concerns. They know that despite the US’s military might it still has to rely on a system of alliances to push its interests globally. Acting alone risks isolating the US.

They also fear invading Iraq might not be as easy as replacing the Taliban in Afghanistan with the Northern Alliance. They are also afraid it could lead to an anti-imperialist backlash across the Middle East. Bush’s gang are not just dismissing those arguments because they have painted themselves into a corner with their repeated demands for ‘regime change’ in Iraq.

They see a victorious war on Iraq as a once in a lifetime chance to assert US global dominance. They can seem crazed, but they have a brutal logic. They believe either that European governments will come in behind the war once it has started, which Kissinger agrees with, or that the US state will gain a decisive advantage if they stay out.

US victory in the Gulf would strengthen its control over Middle East oil. This would give it a powerful economic lever as Europe and Japan are even more dependent on Arab oil imports than the US. Richard Perle, adviser to US defence secretary Donald Rumsfeld, is a hardliner who virtually revels in the lack of support for war among European governments, though he takes Britain’s support for granted. Perle has pushed a ‘go it alone’ strategy for decades.

He even criticised Henry Kissinger for signing weapons treaties with Russia in the 1970s. He argued instead that the US should have hiked arms spending and made a bid for global dominance then. The Bush gang wants to discipline the Arab states, including Saudi Arabia, which the US has relied on for decades.

The think-tank that Richard Perle chairs considered a document last month that described Saudi Arabia as a ‘kernel of evil’ in the Middle East. When it was leaked Rumsfeld gave only feeble ‘reassurances’ of continued friendship with the Saudis.

Imposing a pro-US regime on Iraq, potentially the biggest oil supplier after Saudi Arabia, would discipline Saudi Arabia, Iran and every other state in the Middle East. The most extreme warmongers want ‘regime change’ across the region to get governments as reliable as Israel.

Rumsfeld told a cheering crowd of soldiers this month that Israel’s control over the ‘so called Occupied Territory’ in Palestine was justified because it ‘was the result of a war which they won’. The warmongers feel flushed with success after their victory in Afghanistan. They faced down establishment doubts then. They feel they can arrogantly dismiss wider worries today.

Bush’s gang want to launch ‘our first pre-emptive war’, in the words of one former Pentagon official, and establish their capacity to do that against any other state that falls out of line.

Beating their divide and rule

Autonomism and the fight for change 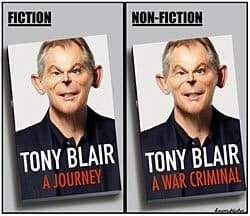