Flames of revolt in France—ten years after the riots

What triggered the revolts, and what was the court’s verdict on these events?

They were aged 15 and 17 respectively.

Their friend Muhittin was seriously injured. For several minutes their estate Chene Pointu was plunged into darkness.

The friends had just left a football stadium, ball in hand, to escape an identity check. The police chased them and they went into an electric substation.

The words of an officer in the police control centre resound like a death sentence—“If they go in the substation I don’t fancy their chances”. The police left the scene without calling for help.

Yet in the officers’ trial this year, the court found that they hadn’t been aware of a “certain and imminent danger”. They were exonerated. As far as the justice system was concerned, there had been no victims.

The revolts in poor suburbs have always been linked to young people’s deaths involving the police. And the justice system has always taken the police officers’ side. 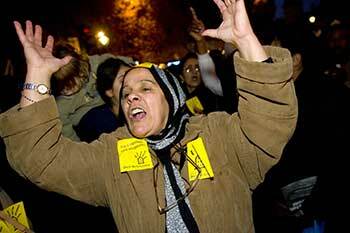 Marching against the state of emergency in Saint Michel (Pic: Jess Hurd)

How did the authorities respond to the revolt?

From the evening of the young men’s deaths, violent police repression lit the fuse of the powder keg of poverty and contempt.

So did a grenade thrown toward the Clichy-sous-Bois mosque—then in the middle of Ramadan. 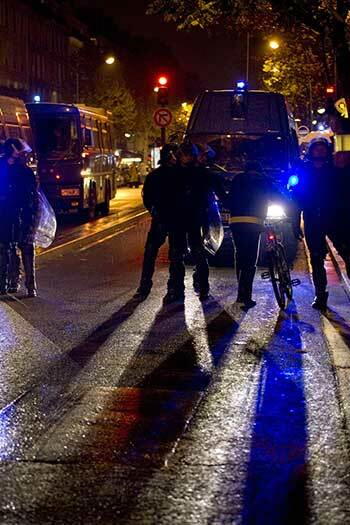 The flames of revolt spread to more than 200 towns.

Many politicians, intellectuals and journalists sought to recast the questions of racism and poverty in terms of the rioters’ ethnicity.

For author Alain Finkielkraut, “These aren’t poor people, they are Muslims”. For Gerard Larcher, then minister in charge of employment, the problem had to be something to do with polygamy!

Villepin declared a state of emergency using a law from 1955—as France began its war against Algerian independence—and last used in 1984 in the colony Kanaky (New Caledonia).

This repression gave political expression to the way the people who lived in poor suburbs were seen.

The suburbs became laboratories for finding ways to break any forms of social struggle.

As such, we need to legitimise and articulate every form of counter-violence.

As for Clichy-sous-Bois, a tramway was meant to be built in 2005 to open up the town and improve routes to employment. It has now been put off until 2018.

What were the forms, the dynamics and the limits of these revolts? 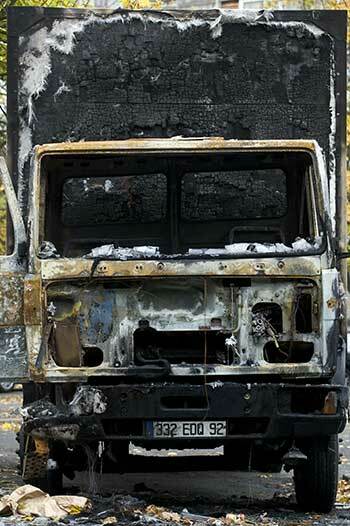 They were first and foremost about people getting up and insisting on their dignity—“Our lives are worth as much as yours!” “Our deaths are your problem!”

They put the people in the estates in conflict with the police—and only the police.

The way they spread across the whole of France—and its colonies—exposed the systematic and structural character of state racism.

After three weeks no one could ignore the political dimension.

Of course we can always find limits to actions such as setting fire to a bin or throwing a stone—or tearing off a boss’s shirt like the Air France workers.

But these are the expression of legitimate counter-violence, and the start of an emerging consciousness of collective power.

So it’s more useful to ask about the limits of the political support brought to this kind of fightback. Those in power do all they can ideologically and materially to isolate them. So far, they have succeeded.

How did the different forces of the workers’ movement respond to the revolt?

The Revolutionary Communist League—forerunner of today’s New Anticapitalist Party (NPA)—called on people to defy a curfew. The Communist Party and Greens also opposed it.

The leadership of the Labour-type Socialist Party asked the Tory government only how high they should jump.

The radical left was largely absent in these areas and at the tribunals, where 526 people were summarily judged—422 of them jailed.

This absence speaks volumes about the radical left’s disconnect from whole sections of the population.

However a few months earlier these areas returned a massive No vote—which the left had called for—in a referendum on a European Union treaty.

And a few months later the college students of these areas would be among almost three million protesters against the CPE youth employment law.

Organisations whose politics are built on equality need to reset their software.

They need to understand that the specific struggles against structural police violence and against racist, Islamophobic or anti-Roma discrimination are central, not secondary.

They must accept the self-organisation of these struggles, as a condition for recognising the oppressed as a political subject.

Why does police violence play such an important role?

Each has curtailed everyone’s freedom.

But several made the inhabitants of poor suburbs a particular “enemy within”. So did politicians’ speeches. On 20 June 2005 Sarkozy gave a speech in one well-known estate, saying he wanted to “clean it out with a power hose”. On 25 October 2005 he spoke in Argenteuil and used the term “rabble”.

It was two days later that Clichy-sous-Bois exploded.

Politicians and much of the media conjure up a fantasy of the Black, the Arab, the Muslim, the Roma, and generally the inhabitants of the suburbs.

They dream up values that they attribute to them, and accord themselves so-called Western values.

All that remains is for them to put these in a hierarchy, and to make the clash of civilisations a self-fulfilling prophecy.

Current prime minister Manuel Valls leads the way. He’s at war both inside and outside the borders that are so dear to him, with the same racist and neocolonial rhetoric.

He appealed against a court ruling condemning racial profiling in police checks. This is the political justification for the racist policies at work in this country.

This injunction to think of the world through these categories is a plan for ideological adjustment.

Meanwhile we are paying for their crisis. Year after year inequality widens. And in the suburbs one person in three lives below the poverty line.

Muslims in France face more discrimination at work than black people do in the US, according to a recent study commissioned by the Montaigne Institute.

What has changed for the movement in the suburbs and the struggle against police violence?

These revolts stand in a long history of struggles by migrants—from the Arab Workers’ Movement of the 1970s through protests, strikes and riots. These struggles shaped the political terrain—unfortunately for those dogmatists who only see real struggle in the workplace.

Part of this history is an experience of struggles being swallowed up by social democracy, of being denied or hijacked. So for the emerging new generation of activists, the independence of their struggles is fundamental.

This initiative aimed to be a march of the victims of state racism, a march of all those who fight for real equal rights. The objective isn’t to regain our dignity. Unlike those who rule us, we never lost ours.

Omar is a member of the Campaign for Ali Ziri, who died in police custody in 2009. Interview by l’Anticapitaliste, newspaper of the NPA. Translated and edited by Socialist Worker
Topics Anti-racism, France, French riots, Islamophobia, Riots 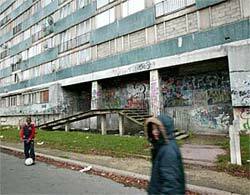 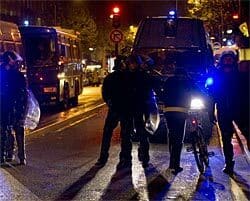 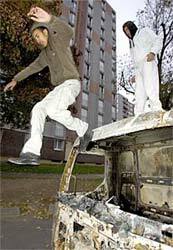