This article is over 14 years, 2 months old
Sometimes Frederick Engels is seen simply as Karl Marx’s lieutenant, but he was a great socialist activist and thinker in his own right, writes Simon Basketter
Downloading PDF. Please wait...
Tuesday 10 June 2008

Frederick Engels stands out as a great thinker and fighter for working class rights whose contribution to socialism has often been undervalued, maligned and distorted.

Born in 1820 into a wealthy family in Germany, Engels grew up during a time of turmoil. As a young man he was attracted to the ideas of German philosophy and especially to GWF Hegel who saw the universe as a process of constant development and change.

Progress therefore required a struggle against the existing institutions. By the early 1840s Engels was writing journalism on literature and political issues. He discovered a proficiency in languages and fought duels. At the same time he was embracing the idea of communism.

Engels’ ideas were also shaped by his contact with organised workers. He worked in Manchester in 1842 at the family firm Ermen and Engels. He saw the English working class as being revolutionary and made contact with its organisation, the Chartists.

He arrived in England only weeks after the Chartist general strike of 1842 which, despite its eventual failure, had demonstrated the potential power of workers. The strike’s centre was in Manchester and the surrounding areas of Lancashire and Cheshire – the main textile producing regions.

Engels was horrified at the poverty and misery that he saw in Manchester. The city had grown up around the cotton industry and was a mass of filthy slums. Terrible overcrowding, increased infant mortality and regular epidemics of diseases like chlera and typhus were all facts of life.

The barbarity of the developing capitalist system led him to write his first book, The Condition of the Working Class in England. He wrote scathingly of the ruling class, “It knows no bliss save that of rapid gain, no pain save that of losing gold.”

It documents not only how people lived, but also explains how this state of affairs could be – and needed to be – changed.

He met Karl Marx in 1844 and their political relationship and friendship lasted from that time to Marx’s death nearly 40 years later.

Engels had a lifelong commitment to Marx and his family, both financially and intellectually.

Engels co-wrote many books and articles with Marx, including The Holy Family and The German Ideology, as well as writing the first draft of the Communist Manifesto, which was called Principles of Communism.

For Engels, human consciousness was linked to and shaped by the economic conditions from which it arose.

This is not the crude theory of which he has sometimes been accused. He saw the necessity of human action as key to changing the world, but located it in the prevailing economic relations.

But he also saw the world as being in constant change, driven forward by the contradictions of everyday life – in capitalist society this is above all the struggle between workers and the bosses.

Engels was also a great organiser and fighter. In 1848 he wrote to Marx, “In Germany things are going very well indeed, riots everywhere.” Revolution erupted across Europe and Engels threw himself into the revolutionary movement in Germany.

In 1849 Engels fought in a revolutionary war against a Prussian army. Following the defeat of the rebels, Engels was forced into exile, with the authorities issuing a wanted poster for his arrest. He was to live in England for the rest of his life.

Many who claim they are Marxists criticise Engels’ ideas. Despite his close collaboration with Marx, he is often accused of distorting the true spirit of Marxism.

Yet the centrality of working class activity shines through all of Engels’ writings, and this is why he was a revolutionary – both in his ideas and his practice.

It has been argued that in his last years Engels endorsed the first signs of reformism – the belief that socialism could be achieved by electing officials to parliament, rather than through revolution­ – as they emerged in the international workers’ movement.

It is true that Engels insisted on the importance of “slow propaganda work and parliamentary activity”. But for Engels the problem was how socialist ideas were to break out of a left wing ghetto inhabited by a handful of committed workers and intellectuals.

He placed his hopes in the movements in Germany, where Marxists had succeeded in giving expression to the feelings of broad layers of workers.

Through this they had won seats in parliament and made an impact on national politics.

However, this did not mean that Engels had abandoned his belief in the necessity of revolution.

Engels protested strongly when editors of the German socialist paper Vorwärts, supposedly in order to avoid prosecution, cut out revolutionary language from his introduction to Marx’s pamphlet The Class Struggles in France.

Engels wrote a bitter letter of protest, saying, “To my astonishment I see today in Vorwärts an extract from my introduction, printed without my knowledge and trimmed in such a way as to make me appear a peace-loving worshipper of legality at any price.”

His writings on a range of subjects demonstrate his tremendous knowledge and interest in science, the military and history. Engels’ historical writings show a real grasp of the subject and a style which makes them widely accessible.

In 1877 he wrote Anti-Dühring from which the pamphlet Socialism, Utopian and Scientific was drawn – one of the great introductions to Marxist ideas.

He succinctly explains the recurrent economic crises that have plagued capitalism since it first emerged:

“In every crisis, society is suffocated beneath the weight of its own productive forces and products, which it cannot use, and stands helpless face to face with the absurd contradiction that the producers have nothing to consume, because consumers are wanting.”

In The Part Played by Labour in the Transition from Ape to Man, Engels argues that what separates humans from animals is our conscious ability to adapt to the world and to shape it to satisfy human needs.

Central to this is the importance of cooperative labour. Human beings are not inherently violent and competitive.

This so-called “human nature” is shaped by the emergence of class society and the state.

In 1884 he published one of his best known books, The Origin of the Family, Private Property and the State, which drew on anthropological writings to trace the course of women’s oppression throughout class society. This was a pathbreaking book.

It tied the development of family forms and structures to the rise of private property held by a particular class in society. Throughout his life Engels saw women’s oppression as an unnatural product of property relations that would disappear once those relations disappeared.

He therefore developed a view which set him well in advance of liberal commentators in Victorian England, who all too often saw women as weak beings who had to be protected, rather than as equals.

While some of the anthropological research in the book has not stood the test of time, the analysis made a considerable contribution to the fight for women’s liberation.

Engels also made a significant contribution to the understanding of science. His book The Dialectics of Nature has been often criticised and distorted.

For Engels, the world is in a process of constant change and development, and scientific advances are central to changes in the world.

Engels’ activity spanned a long period – from the Chartists through to the birth of the modern mass trade unions. He lived through some of the biggest changes in the development of capitalism.

At the age of 70 in 1890 he was still active, speaking to the hundreds of thousands of workers attending a May Day demonstration in Hyde Park, London.

He left his mark on the socialist movement across the world. He was a man of huge talents, whose life and ideas are inspiring and relevant for today.

The following four articles, which originally appeared in the International Socialism journal, provide an in-depth look at Engels’ politics. They are available from » www.marxists.de

Winning the working class to socialism 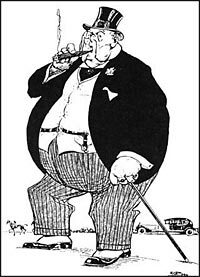