George Galloway’s election campaign in Bethnal Green & Bow is going down a storm among local people.

Health and local government workers in the Unison union held a lunchtime meeting last week with George. We wanted a chance for workers in Bethnal Green to tell him about issues in the area.

People were bowled over by the fact that he came and talked to them. Trisha Hambley, a community nurse, said, “It’s great to see someone who so clearly engaged with local people.

“This is the type of politics we need to reignite people’s involvement. George Galloway shows how democracy should be.”

We decided to organise the meeting so that local workers could hear George Galloway for themselves — so many lies have been told about him.

I’d urge other Respect supporters in workplaces to organise similar meetings. And I’d urge people to come down to east London and help canvass and leaflet for Respect. We are on the verge of a historic breakthrough. 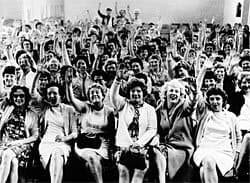 Privatisation is the key divide 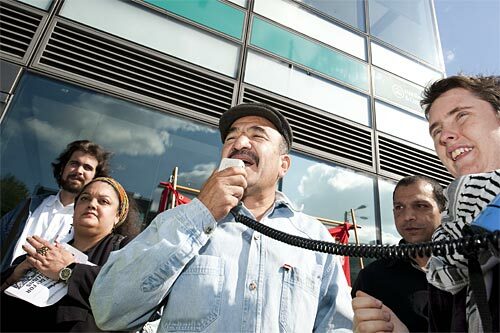 Left say no to the war in Chechnya