This article is over 15 years, 8 months old
At the age of 85 Glaslyn Morgan can look back on 40 years as an elected parish councillor and 20 years as a borough councillor for the Communist Party in the Neath area of South Wales.
By Huw Pudner
Downloading PDF. Please wait...
Saturday 22 April 2006

At the age of 85 Glaslyn Morgan can look back on 40 years as an elected parish councillor and 20 years as a borough councillor for the Communist Party in the Neath area of South Wales.

Throughout his time as a councillor Glas – as he is known to many in the area – has been involved in welfare, housing and social issues. For the past 12 years he has been a keen reader and supporter of Socialist Worker.

He said, “I felt in a vacuum when the Communist Party crumbled but have been heartened by the comradeship of socialists, Respect and Plaid Cymru members in Neath.”

In the past few years he has marched with the Crymlyn Burrows anti-incinerator campaigners and spoken at their meetings. He has fought alongside Remploy workers to save their Neath Abbey plant from closure. He was with the anti-racist and anti-Nazi campaigners protesting at the killing of Neath shopkeeper Mohan Singh Kullar by a gang of racists.

Three months ago he was speaking out against the closure of NHS dental services and against the health trust selling off clinic buildings in Skewen.

Glaslyn has also marched against the war in Iraq. He is so proud of the younger generation of anti-war activists and is encouraged to see them campaigning for peace and social justice. These are the same issues which caused him to get involved in organised working class politics before the war.

Four months ago Glas stood down as a community councillor, but refuses to give up working for his class. Glas still lives in the former mining village of Skewen only a few streets away from the terraced house where he was born into a mining family. His father was involved in the General Strike of 1926 and as a young boy he could see the utter poverty in his home and village:

“Life was a struggle for survival. As a young lad I would go with my father to dig out clay and mix it with coal dust to try to eke out some fuel for the home.”

He remembers Communists selling the Daily Worker around the pubs, and the paper going into his Christian home and provoking intense political discussions.

Glaslyn joined the Young Communist League in the late 1930s inspired by the activities of local Communist Party branches, which were involved in the important political and social battles of the day.

He learnt a great deal from local Communists such as Alan Thomas of Neath Abbey and Dai Francis, lodge secretary of the Onllwyn Number One Pit, where he went to work as a teenager.

Political meetings were always well attended with unemployment, poverty and fighting fascism all at the top of the agenda.

As a young Communist he would sell over 40 copies of the Daily Worker in the local pubs on a Saturday evening. On one occasion when a landlord threw him out of the bar for selling the paper 14 customers followed him out to buy their copy!

He remembers well the attempt by Oswald Mosley’s British Union of Fascists to hold a big meeting at the Brangwyn Hall in Swansea in 1936.

Working class anti-fascist activists for miles around mobilised to confront him.

The aid given by the Welsh working class to Republican Spain was an important part of Glas’s early political education, and many miners from the valleys fought in defence of the Spanish Republic.

In all these elections he raised local, national and international issues. His 1955 election leaflet (pictured) stated:

“Without peace there can be no advance for the ordinary working people.

“No matter how many speeches are made and how many promises are forthcoming, the choice before everyone is:

“We cannot have both.”

There’s a message which is just as relevant at the elections over 50 years later. 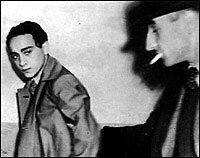 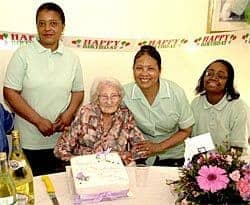 Social care: Millions fear for their treatment in the future

We inspire people with the will to fight back