Here to stay, here to fight. Muslims and migrants on how they’re fighting racism

This article is over 4 years, 10 months old
Theresa May thinks migrants, Muslims and minorities make good scapegoats—but they are central to the resistance to her agenda. Ten activists from around Britain who will be marching on Saturday told Socialist Worker why they will not be moved
Downloading PDF. Please wait...
Tuesday 14 March 2017

‘If they build a wall we’ll jump over it’

Birmingham activist Ake Achi came to Britain as a child from Ivory Coast. Today he runs the Right2WorkUk campaign on the effects of immigration law at work.

“We’re blamed for everything, it’s always the same line,” he said. “We’ve been in this country working and contributing and we’re being treated like we’re nobody. We have the government deporting us and the justice system discriminating against us.”

A raft of contradictory new bureaucratic requirements has been brought down on the 2.9 million European Union (EU) citizens in Britain.

“We’ve become part of the fabric of this society,” said Wiktor Moszczynski, a West London activist for the 3 Million campaign.

“We were told we had rights, and now we’re being told we might not be able to stay.”

EU migrants who had automatic right of residence are now being told to account for all the time they’ve lived in Britain, among other requirements.

“Eastern Europeans have had to put up with hostility for years,” said Wiktor. “It comes from papers such as the Daily Mail, Express and Sun, or from people shouting ‘go home’ if they hear you speaking Polish.

“What white Europeans face is nothing compared to what black people face—we are less visible to racists. But there’s often a view that it’s more acceptable to slander us, that because we’re white it isn’t racist.

“And by refusing to guarantee our rights the government is empowering the perpetrators.”

Sumbul Ahmed, a student at Huddersfield University and a Socialist Workers Party activist, said politicians’ attacks on immigration have “had an impact on me”.

“Sometimes there are people there talking about why they support policies against immigration, having a big debate about Muslims,” she said. “They’d say, ‘all these people coming here, we don’t have enough to go around as it is’.

“They’ve experienced cuts, they’ve been robbed. But instead of looking at the people who are really to blame they’re looking at who they are told to blame. It’s sad.”

But the government isn’t having it all its own way.

Wiktor said, “Public opinion is basically that those who are here should be able to stay. That sense of fairness is something we can work with.”

For Ake, “They don’t have a clue. They pass policies to regulate immigration but no matter what they do it won’t stop. The things that push people to come are stronger than a wall.

“Now British people are starting to realise that the attacks on migrant workers are unfair. We’re not alone anymore, and anything is possible.”

The demonstration can strengthen that unity.

Sumbul said, “I’m looking forward to the demonstration, and I’m taking my dad with me. It’s gonna be a communal vibe, everyone fighting for the same cause. People question what protests achieve, but they have an effect on those around us and on attitudes in society. 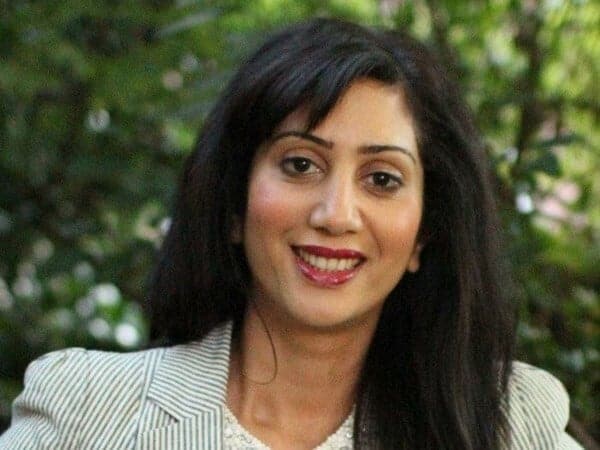 ‘Only unity will drive out the hatred’ – Manchester GP Siema Iqbal

Successive governments have demonised and criminalised Muslims, in particular through the Islamophobic Prevent strategy. Muslims have been reported as at risk of “radicalisation” for the most trivial reasons and encouraged racists.

SUTR campaigner Nahella Ashraf was attacked by a racist who tried to remove her hijab earlier this year. “The government points the finger at Muslims, tries to get people to turn on each other through the ‘othering’ of Muslims,” she said.

Muslim youth activist Imran Shah said the stakes are high. “We’ve seen through history how bigotry has been used to keep the masses in line.

“Today it’s against Muslims, and for me that’s mainly a result of the war on terror.

“The people behind Prevent are the same people who would once have said vote Tory unless you want a black neighbour. Before that their target was Jews.

“If we don’t start making it uncomfortable for the people pushing that hate, we could see a repeat of what happened in the last century.”

“But without them this would have kept simmering underground. Instead it’s come to the surface.

“So in a way it’s an opportunity for the left to mobilise people against it.

“The challenge is to get the left mobilising across Europe, because Marine Le Pen and Geert Wilders could be much more dangerous than Trump.”

And she has been building the resistance by speaking at meetings for Muslim Engagement and Development (Mend).

“We need to stop the government propagating fear and division by holding them to account,” she said. “Whether it’s through protests, campaigns, writing to MPs or challenging  the media , we have to counter the racist narrative.

“I’m marching because any form of racism isn’t one community’s problem. It’s a societal problem and only unity will drive out the hatred.

“Courage breeds courage and that’s what happens when we march together. We give strength to others to use their voices too.”

‘Unions can shape the outcome’

Many unions are backing the demonstration, but they could do far more. Construction worker Jacek Szymanski will be among those leading a contingent of EU citizens on Saturday’s march in London, assembling at the Polish Embassy.

He said, “There is a lot of solidarity in the wider population, and in that there is hope.

“But it is very difficult at my workplace. Union members have permanent contracts and they see agency workers like myself as a threat.

“And since most of the agency workers are immigrants it turns into broader discussions about how immigrants are taking the jobs of British workers.”

Jacek’s union, Unite, is among those backing Saturday’s demonstrations.

But Jacek said, “I’m very disappointed in my union.

“We try to argue that we are all affected by management’s policies, that they are trying to turn against each other. But it’s very difficult to get this argument across.”

Central London academic Lucia Pradella organised a campaign to defend free movement after her union, UCU, was “slow” to take a stand.

It has led to many branches and the national executive to vote to back free movement for EU migrants.

“Union leaders have created this idea that workers are against immigration to justify their inactivity,” she said. “But the vast majority of people supported our motion.”

Some 16 percent of academic staff in Britain are EU nationals.

Any argument for immigration controls will damage the interest of British workers.

So are about 12 percent of hospitality and tourism workers, 10 percent of doctors and 4 percent of nurses.

Lucia said, “Discriminating against such a big group of workers will put pressure on working conditions for all workers in those sectors.

“So any argument for immigration controls will damage the interest of British workers.

“Secondly, given the diverse make-up of the workforce there is very big potential in the unions for resistance.

“There are all kinds of contradictions in what the government is trying to do.

“It will be very difficult for them to make everyone apply for residence. It would also be very unpopular—most people who voted to Leave the EU didn’t want it to affect people here.

“Unions must not be passive or make concessions. They should try to shape the outcome.”

‘We contribute through our struggles’ 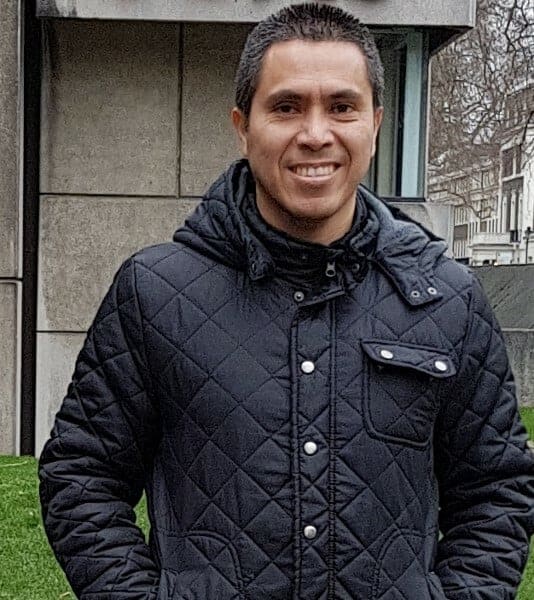 ‘Our struggle is making things better for everyone’ – Lenin Escudero

Lenin Escudero, Unison union rep for cleaners at Soas university in London, is bemused by claims that migrants are taking jobs or driving down wages.

“When we came here in the 1980s and 1990s, there were no English people taking these jobs,” he said. “We came here to survive. But there was so much exploitation that we organised in a union to fight for dignity, justice and respect.

“So far we have won union recognition, the London Living Wage, pensions, holidays and sick pay, and inspired outsourced workers in other universities.

“And now the conditions are better, English people are coming to work with us.

“Our struggle is making things better for everyone. Whose job am I taking? We are creating job opportunities!”

Many Soas cleaners are affected by the attack on EU migrants directly as Latin Americans on Spanish passports.

“Lenin said, “It was the government, the capitalists and the bankers who caused the financial crisis, but they blame us because they want to divide people.”

Amira Taha is one of 17 Salford council workers coming to the demonstration together.

“She said that communicating with friends in her native Egypt made her feel like she was part of its 2011 revolution.

“Before 2011 it seemed impossible that the tyrant Hosni Mubarak would leave,” she said.

“Of course, the system was more than one man, and the system managed to come back.

“But what happened in Egypt is an example of what people can achieve and a warning to focus on the real enemy and not fall into traps.”

That shapes her outlook today.

“I hope there will be some end to racism, but that’s wishful thinking unless we do something about it,” she said.

“It’s like moaning about your workplace but not joining the union.

“It’s important to show numbers. It’s easier for them to belittle our cause if they don’t see us marching.

“And for those who support our cause, marching makes us feel less alone. Authority is powerful, but people have more power.”

To get involved in Stand up to Racism go to standuptoracism.org.uk
Topics Anti-racism, Prevent, Stand Up to Racism 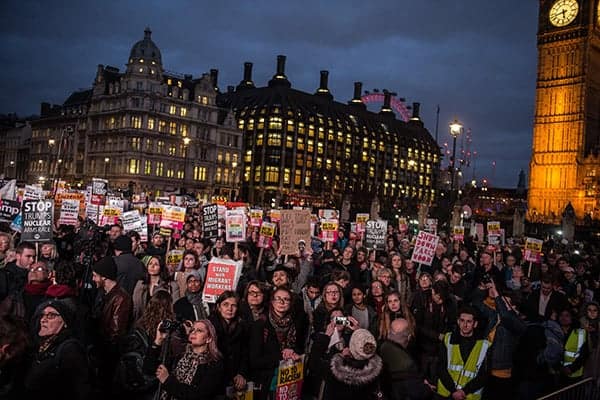 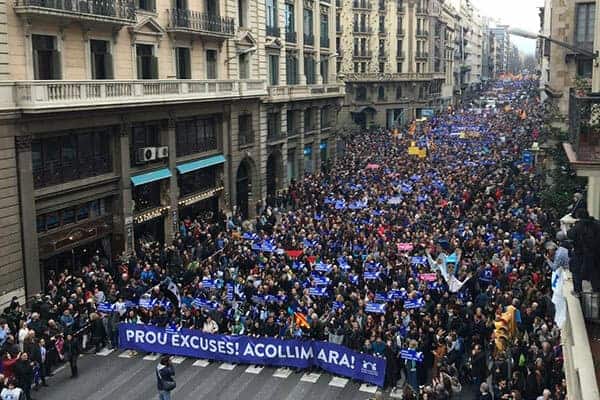 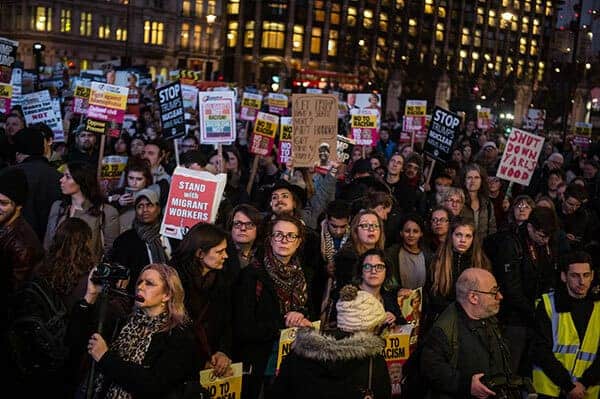 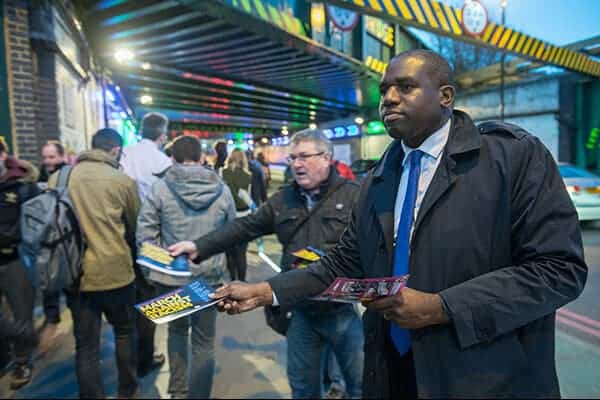