History we can all celebrate

This article is over 19 years, 2 months old
BLACK history month, which is under way, is a chance to celebrate the achievements and history of black people. It is also an opportunity to discuss racism and the resistance to it. Such ideas are as relevant to white people as they are to black and Asian people.
By Charlie Kimber and Hassan Mahamdallie
Downloading PDF. Please wait...
Saturday 26 October 2002

BLACK history month, which is under way, is a chance to celebrate the achievements and history of black people. It is also an opportunity to discuss racism and the resistance to it. Such ideas are as relevant to white people as they are to black and Asian people.

Racism is a central issue in British politics, and there are some excellent books which anyone would benefit from reading. To be uplifted and taken on a journey through an enthralling piece of history read CLR James’s The Black Jacobins (£8.99).

It tells of the 1791 revolt by black slaves in San Domingo, and of their 12-year struggle which saw them defeat British, Spanish and French armies. You will meet Toussaint L’Ouverture, the remarkable slave leader and general, a hero for everyone who has ever fought oppression and exploitation. The roots of racism lie in slavery. James Walvin’s Black Ivory (£10.99) and The Slave Trade (£5.99) give a terrifying sense of the scale and cruelty of capitalism’s bloody use of millions of people seized from Africa.

For the history of racism and resistance to racism in Britain you should start with Peter Fryer’s Staying Power (£15.99). It traces the history of black people here and the movements against slavery and later against racism. It is full of people and events which you should have been told about at school but never were!

Aspects of British Black History (£4.95) by the same author is a much smaller book on the same subject. John Bull’s Island by Colin Holmes (£16.50) is a brilliant account of immigration to Britain and official attitudes towards it.

Windrush by Trevor Phillips and Mike Phillips (£6.99) looks at the arrival of black people in Britain after the Second World War and, through many personal accounts, looks at what happened to those people. Asians in Britain by Rozina Visram (£15.99) spans four centuries of Asian experience. It is deeply researched but also very readable. It ends in 1950 but is very helpful to understanding what is happening today.

‘Racism: Myths and Realities’, the leading article in the recently published International Socialism journal 95 (£3) demolishes the myths pushed by New Labour about race in Britain.

Better Day Coming: Blacks and Equality 1890-2000 by Adam Fairclough (£8.99) is a very accessible account of the struggle against racism in the US. The classic account of the same subject is Manning Marable’s Race, Reform and Rebellion (£15.99). The Autobiography of Malcolm X is an inspiring account of the man who confronted racism head on. Kevin Ovenden’s Malcolm X (£2.99) is an excellent introduction to Malcolm’s life and his political ideas.

Unfortunately Alex Callinicos’s Race and Class is out of print. But it should be available through your local Marxist forum and in some libraries. It is a brilliant introduction to the roots and history of racism and anti-racist struggles.

Is self defence a crime? 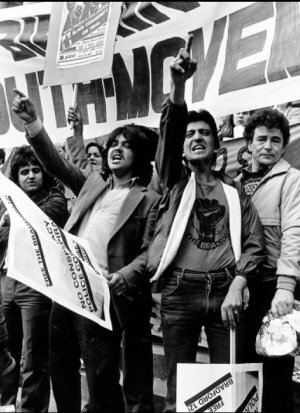