This article is over 13 years, 8 months old
In the second part of our series Volkhard Mosler looks at how the German left grew during the war
Downloading PDF. Please wait...
Tuesday 25 November 2008

In an anti-war poem Bertolt Brecht, the German playwright and poet, tells the story of the First World War.

At first the vast majority of German people saw the war as a necessity. They thought that their country’s victory would be in their interests, leading to a brighter future for all Germans.

Brecht wrote, “You believe the war is your war/Alongside your class enemy you stand/And the struggle for soup is forgotten.”

This was certainly the case in 1914, the first year of the war. The majority of workers fell under the influence of their rulers’ propaganda machine and supported the war.

The SPD was Germany’s social democratic party and had long been seen as the party of the working class. It too become part of that propaganda machine.

This was despite the fact that SPD policy had been opposed to any war, right up until the evening before the First World War broke out.

Only a tiny group within the SPD around Rosa Luxemburg and Karl Liebknecht resisted the nationalist hysteria. Under difficult conditions of censorship and illegality, they organised a few hundred SPD members around them.

They called this group the Spartacus League, after the leader of the great slave uprising during the Roman Empire.

Liebknecht was the only SPD MP who voted against more credits for the war in December 1914.

The Spartacus League organised two demonstrations against the war in Berlin in 1915. About 100 people turned up to the first. Around 1,500 came to the second.

As the mood against the war slowly built up, the Spartacus League created a network of revolutionary socialists that made links with workers, mainly through illegal leafleting.

Liebknecht was imprisoned for his anti-war activities. On the day of his conviction, some 55,000 workers went on strike.

The strike was organised by a clandestine shop steward committee based in Berlin and other cities.

They were not members of the Spartacus League but part of a new broader left that had crystallised as anti-war dissent grew among ordinary SPD members.

In December 1915, some 19 SPD MPs voted against war credits. The right wing leadership of the SPD expelled the anti-war rebels in January 1917.

They set up the USPD, or Independent Social Democratic Party, which wavered between the SPD’s pro-imperialist position and the anti-imperialism of the Spartacus League.

The strike action in Liebknecht’s defence, however, was organised and led by the Obleute group of radical shop stewards.

Richard Müller, the main Obleute leader, explained in his book on the history of the German Revolution how the experience of war had led to a sudden radicalisation among Berlin’s metal workers.

This meant that a tiny group of isolated revolutionary workers could suddenly gain majority influence.

The skilled, higher paid sections of the metal industry were quite conservative before the war and under strict control of Adolf Cohen, a right wing trade union leader.

Müller wrote that Cohen “had ruled the shop stewards’ body of about 2,000. He never allowed a political debate.” But by March 1916 the minority of revolutionary shop stewards had gained control of that body.

In the period before the war these workers had benefited from the long growth of capitalism. Reformism – the notion that a gradual change from capitalism to socialism was possible – won mass support among workers in these years.

But the destruction and barbarity of the First World War destroyed those beliefs.

To quote Brecht’s poem again, “When war is at it’s bloodiest, soup is lacking/And when soup is lacking, you get to know/The war is not your war/The struggle for soup begins.”

War led to hunger and this turned workers against both war and the capitalist system. As the French socialist leader Jean Jaurès put it, capitalism “carries war inside itself like clouds carry rain”.

The growing anti-war sentiment eventually led to the uprising of German soldiers, sailors and workers in 1918 that ended the war and won major gains for the working class.

The tragedy of the German Revolution was that the Obleute only joined with the Spartacus League after the revolution.

This meant that the struggle against war was not led by a mass working class party with a revolutionary socialist standpoint.

Volkhard Mosler is a writer for the German socialist magazine Marx21. Go to » www.marx21.de 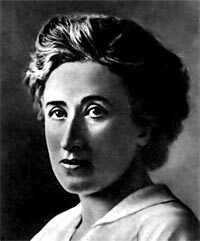 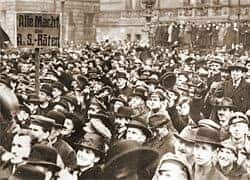 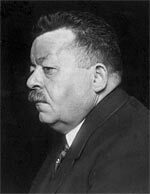