How can women win liberation?

This article is over 9 years, 3 months old
Understanding women’s oppression as a product of class society is crucial if we are to defeat it, says Judith Orr
Downloading PDF. Please wait...
Tuesday 05 March 2013

Women’s oppression affects every part of women’s lives—from the commodification of our bodies to unequal pay. A recent report, Sex and Power, showed that the situation for women in terms of political representation in Britain is going backwards.

Many people are rightly furious at the way that women are treated and want to change things for the better. And feminist ideas are often the starting point when they get involved in political activity.

Socialists stand with all those fighting sexism. We help build campaigns for abortion rights, equal pay and against discrimination. But we also argue that, while oppression can’t be reduced to class, it is rooted in the rise of class societies and the family.

There are new debates but also recurring arguments about oppression. So, some feminists argue that oppression is rooted in individual relationships with men. They say that men benefit from women’s oppression.

Some agree that unity between men and women is desirable in the long term. But they argue that men have a short term interest in women’s oppression with benefits such as women’s work in the home.

But women’s oppression and sexism divide workers against each other and weaken the working class. Even in the short term this makes the ruling class better able to push through attacks on all ordinary people—male or female.

It’s also important to look at the role the family plays in class societies. It is an institution that serves the interests of capital, not individual men. The family helps to minimise the cost to the ruling class of reproducing the next generation of workers. That’s why they are keen to prop it up.

The type of family people live in changes, but the ideology and the economic role remain. David Cameron recently said, “You know the best welfare system of all, it’s called the family”.

Our rulers don’t want ordinary people to see that we have a united interest. They want workers to feel they have a stake in the system.

That’s why they encourage the idea that men benefit from the system­­—and why some working class men believe that they benefit from women’s oppression.

But the consciousness of some male workers doesn’t necessarily reflect reality.

As Karl Marx wrote in Capital, “All science would be superfluous if the outward appearance and the essence of things directly coincided.”

Working class men have an objective interest in uniting with working class women to fend off attacks and fight for a better world.

Concentrating on individual men instead of the system feeds an argument that the imposition of male power causes women’s oppression. It assumes that all men hold power over all women.

This view, commonly referred to as patriarchy, can reflect the way society appears. But it doesn’t help us understand the roots and nature of oppression, or its useful function for capital.

Instead it entrenches fragmentation within the working class. And it sees oppression as being an unchanging feature of human society with no possibility of change.

This is the mistake of those who argue for a form of privilege theory.

This theory isn’t new, but it is gaining an audience as a way of explaining oppression. It relies on the idea that if you are white or male, for example, you gain privilege simply by being part of a “dominant” section of society.

So a working class white man supposedly benefits from the privilege of being white and male in a racist and sexist society. This reduces structural inequality and oppression to relationships between individuals.

Those who are seen as having more privilege are seen as part of the problem, not potentially part of the solution. White people, men and straight people are written off from being able to play any role in struggle.

The logic of this is that, if all white men have the same interests, then all women should organise separately, all black women should be separate from them, and so on. But dividing ourselves into ever diminishing circles around specific forms of oppression diminishes our collective power.

We need to fight where we are strong—and fighting oppression makes our side stronger. Socialists oppose sexism wherever it is directed. Any form of oppression can be used by our rulers to divide us.

Russian revolutionary Lenin argued that a socialist should be a “tribune of the people, who is able to react to any manifestation of tyranny and oppression, no matter where it appears, no matter what stratum or class of the people it affects”.

But class is the critical divide in society. For socialists class isn’t a category you fall into because of your income or job description. It’s a social relationship between those who have to sell their ability to labour and those who profit from the surplus that labour creates.

The fact that workers are exploited for profit means they are essential to the system. The collective power of workers, women and men, offers the possibility of fighting for reforms within the system but also challenging the very system itself.

Struggle is a permanent feature of capitalism. Workers are forced into action whatever their level of class consciousness.

Fighting back they can see their power—and their common interests against the bosses. This offers the potential of creating a world free from oppression.

It is with this power that we can win our liberation.

How radical socialists began the tradition of International Women's Day 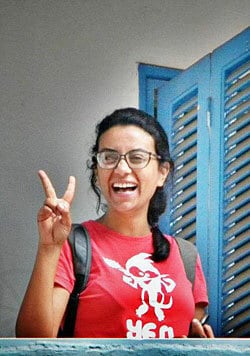