How crises are built into the capitalist system

This article is over 15 years, 2 months old
In the conclusion of our series on Marx's Capital Joseph Choonara looks at capitalism’s tendency towards crisis
Downloading PDF. Please wait...
Tuesday 24 April 2007

In my first three columns I showed that capitalism is based on a fundamental division, between capitalists who control production and workers who have no choice other than to sell their labour power.

But there is a second division in the system. Capitalists are locked into competition with each other. There are endless battles for market share and over the spoils of exploitation.

This competition feeds back into production. One of the key ways that capitalists can compete is by reinvesting some of their profit. In particular, investment tends to take the form of capitalists buying up bigger, better and faster machinery.

Karl Marx called this the “accumulation of capital”, and it makes capitalism the most dynamic economic system ever seen. It also makes it the most destructive. Any capitalist who refuses to squeeze his workers as hard as his competitors will make less profit.

Anything that impedes the drive to accumulate – workplace health and safety, pensions which cut into profits, concern for the environment – comes under pressure.

Capitalism’s mad scrabble for profit and accumulation can also lead to crises.

Because capitalism is a system based around profit, not human need, and because there is no overall plan to meet social needs, anarchy reigns in the market place. Wherever there is profit to be made capitalists rush to invest in that sector.

This can lead to a sudden crisis of “overproduction” as unsold goods pile up.

Companies stop producing and the firms supplying them go bust. Workers are laid off and other companies producing consumption goods are hit.

Underlying these periodic crises is a deeper tendency. In an earlier column I showed how Marx distinguished between “living” and “dead” labour.

Commodities are produced by a combination of the new labour put in by workers (living labour) and the raw materials and machinery created by the labour of workers in the past (dead labour).

But under capitalism accumulation generally means increasing the ratio of dead labour to living labour.

The cost of an individual car falls because less living labour is embodied in each.

The new machinery might cost ten or a hundred times as much, but the profit the capitalist receives is no greater. For every pound the capitalist puts forward they get a smaller return. Their “rate of profit” has fallen.

The first capitalist to invest in the new technology might be able to undercut their competitors and corner the market.

But as every other capitalist rushes to introduce the new technology, the price of the end product will eventually fall to its new, lower, value.

The rate of profit does not simply drop like a stone. In the third volume of Capital Marx identified various “countervailing tendencies”.

But in most advanced economies the rate of profit has tended to fall during the past few decades, and is certainly well below the levels seen in the boom that followed the Second World War.

When the rate of profit falls the health of the whole system comes into question.

Workers are squeezed harder, and things taken for granted by a previous generation (pensions, the NHS, free education) come under attack.

The 1930s saw the barbarism that can result from this kind of crisis – fascism, mass unemployment and war.

The current period is one of more prolonged economic crisis. Some of the same features are present, but they develop more slowly.

And the crisis this time does not have to be resolved through the same barbarism.

The other possibility is that those who create capitalism’s wealth, seize control of that wealth and put it to a different purpose. Marx’s Capital is a weapon in that struggle. 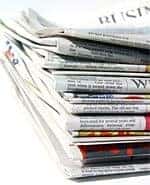 Marx's Capital gets to grips with a mystified system

How the capitalists make their profits