How genes failed: Hilary Rose and Steven Rose on the limitations of biological determinism

This article is over 9 years, 6 months old
Genetic researchers made wild predictions about the value of their work. But, as science writers Hilary Rose and Steven Rose told Socialist Worker, those promises turned to dust
Downloading PDF. Please wait...
Tuesday 11 December 2012

The genetic research industry has spent a great deal of time making tall claims about what it could achieve. By unravelling the building blocks of life, it declared, we would at last discover the truth about why we are the way we are.

Miracle cures for everything from cancer to schizophrenia were round the corner. Some even claimed scientists would gain the power to identify and remove “criminal genes”, or to modify people’s sexuality.

The establishment lapped up this kind of thinking. It suited them to believe that our complex behaviour could be reduced to one aspect of our biology. The ultimate dream of this kind of “reductionism” is that science can solve problems with pills—and make fat profits from it.

There’s only one problem with this picture, science writers Hilary and Steven Rose explain—it isn’t true.

For them the major turning point came with the Human Genome Project, which started in 1990 and spent 17 years painstakingly listing all our genetic material.

“That’s when the hype reached the high point,” said Steven. “And a lot of it came from scientists themselves, playing business at business’s game. They were persuading journalists to trumpet their results and persuading governments to fund the research.”

He quoted Daniel Koshland, then editor of leading journal Science, who confidently declared that “illnesses such as manic depression, Alzheimer’s, schizophrenia, and heart disease” would all be unravelled. All this information about a person could be digitised and fit on a CD.

When the first draft of the genome was published in 2003, the British and US governments held a joint press conference. Former president Bill Clinton appeared alongside leading US scientists, while on the British side Tony Blair appeared alone, hogging all the glory for himself. 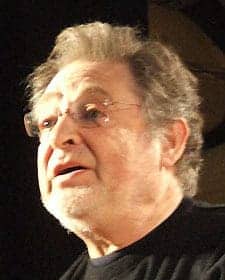 “They said this was the greatest achievement since landing a man on the moon,” said Steven. “One even said it ranked with the discovery of the wheel. And yet none of this cornucopia of benefits has come out of it.”

In fact the results of the Human Genome Project came as a surprise to scientists. Humans had far fewer genes than expected (see below), so few that there couldn’t possibly be one gene “for” each disease.

“You can’t reduce an organism to its genes,” said Steven. “You can’t digitise the whole of what it is to be a living organism.”

But by that point the project had moved from small scale research to what Steven and Hilary call a “Big Science” approach—one dominated by industrial sized labs, giant pharma companies and government money.

“The argument was that there were maybe three or four or ten different genes for each condition, and that we would identify these using ‘biobanks’ of DNA samples from large portions of the population,” said Steven.

New legislation opened the door to UK Biobank, which reached its target of half a million samples earlier this year. “And what did they discover?” asked Steven.

“And the situation is worse with depression, and with any of these conditions which—if you think they are clinical at all—are supposed to have some sort of genetic base.”

This discovery created a crisis in the pharmaceutical industry. It’s one of the reasons why drug firm Pfizer has been so keen to get rid of its research centre in Kent.

But the “reductionist” quest to find solutions in our genes hasn’t been dropped. This week David Cameron launched a national DNA database, saying it means “the NHS will lead the global race” in research.

Hilary said, “There’s now a significant research programme on the genetics of obesity. If you look at my and Steven’s school photos you won’t see a single obese child—unlike today. Yet they are looking for a gene to explain obesity.”

“The pharmaceutical industry is committed to attempting to find molecular solutions—and it’s running into trouble.”

What is a gene? 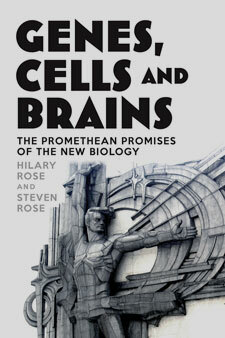 Scientists came up with the concept of genes to explain how things like eye colour were passed from one generation to the next.

In the early 1900s the idea was simple. There was one gene for each property, whether it was making your hair brown or fair, or making peas green or yellow.

The question of how genetic information is stored was cracked in the middle of the 20th century. Genes are encoded in a chemical called DNA.

But when the Human Genome Project looked into the three billion pieces of information that human DNA contains, the simple answers scientists had once hoped for failed to emerge.

Moreover some 98 percent of the human genome seemed to be just “junk DNA” that didn’t contain any genetic information. Scientists have now started to comb through all this “junk”, trying to discover what, if anything, it is all for.

So not only were genes incapable of explaining society—there were not even enough of them to describe genetics. Never mind a “crime gene”—we can’t even locate a “blue eyes gene”.

“Genes were a fantastically exciting concept which dominated biology for the whole of the 20th century,” said Steven. “But now in the 21st century, genes have more or less disappeared from the terminology. There aren’t genes any more—there is a genome, an entire sequence.

“When most geneticists talk about the ‘genes for’ something, they’re talking in shorthand and it doesn’t really work like that. I think that shorthand encourages a reductionist way of thinking—and we need to get beyond it.”

Even as big genetics hits the rocks, the money is moving into stem cell and human embryonic research. And again the British government is determined to get in on it.

“Wealth and health go in that order in the way the government talks about research,” said Steven. “So they have been sweeping away or softening such regulations as exist, in order to make Britain the spearhead of research and therefore of profit.”

Hilary is deeply concerned about the extent of this deregulation. “How many people know that there was legislation a few years ago which gave the government the right to access all our medical information?” she asked.

“If you get a scan it may be subcontracted to a commercial firm. You then have to sign something saying that this is used for research.

Once again this has been fuelled by the hype and hopes of “megaphone science”. Steven points to the Guardian editorial from 2009 when Barack Obama reversed George Bush’s ban on stem cell research.

“The potential of stem cell research is almost biblical in its scale,” the newspaper gushed. “The capacity for these cells to transform into whatever the body needs to regenerate itself could, in the lifetime of the next generation, make the blind see, the crippled walk, and the deaf hear.”

‘Big pharma are right inside the universities’

“In 1953, when James Watson and Francis Crick discovered the double helix of DNA they got the Nobel prize,” said Hilary Rose. “That is what those scientists wanted. It was the highest kudos, the highest fame attached to the sciences.

“Shoot forward to 2003, and there’s Watson in his office controlling the Human Genome Project. One of his colleagues comes in and shares with Watson his delight with this wonderful piece of research that he’s found. Watson leans back in the chair. And he says, wow, that will make shedloads of money.

“Now that shift is symbolic of the shift inside science as a whole. Doing the most ambitious, the most sophisticated research is no longer tied up with achievement. It’s implicated very profoundly with money.

“Science is not the eye of God. It is not objective. It is embedded in specific cultures and specific historical eras. But at the same time society doesn’t lie there like a passive entity. It is also changed by the science.

“Today what you’ve got everywhere is industrial laboratories inside the universities. They patent like mad. Scientists don’t share, they spin out companies of which they are the chief executives.

“Big pharma and venture capital are right inside the universities and laboratories. The government controls what people can research. There’s a loss of the old autonomy of science. And going with it there has been a massive loss of trust by the public.”

‘Now they say our brains determine us’

“Genetic reductionism took a pasting after the failure of the Human Genome Project and the biobanks to deliver,” said Steven Rose. “But a lot of those reductionist claims have moved from genes into brains and into the neuroscientists.

“There’s now the idea that we could identify the molecule that causes madness. There’s a claim that everything—from romantic love to whether you’re on the left or the right—is somehow locked in various processes in your brain. There’s a reduction of the whole business of being a person.

“Francis Crick said it in his book The Astonishing Hypothesis, when he turned from being a molecular biologist to being interested in brains, minds and consciousness. He said ‘you’re nothing but a bunch of neurons’. Well we are a bunch of neurons—but we’re more than that as well.”

Human evolution and the African Eve 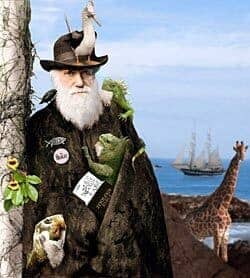