This article is over 13 years, 11 months old
The Nazis came to power in Germany 75 years ago this month. Chris Bambery looks at the crucial lessons for fighting fascism today
Downloading PDF. Please wait...
Tuesday 29 January 2008

Seventy five years ago the working class suffered its greatest ever defeat when Adolf Hitler was appointed chancellor of Germany on 30 January 1933.

Within a month all basic civil rights were removed. Within two months laws were passed barring Jews from employment in the public sector and the legal system, while the government ordered a boycott of Jewish businesses.

Thousands of German Communist Party members were rounded up, beaten and thrown in concentration camps. The biggest Communist Party outside Russia was banned and its 81 MPs barred from parliament.

Within six months Germany was a one party state. All organisations, whether cultural or social, were sub­ordinate to the state.

By 1935 the Nuremberg Laws had ordered the complete separation of Jews and other “non-Aryans” from German society. It was a crucial stepping stone to mass murder.

Hitler’s triumph was the prelude to the greatest catastrophe in human history – the Holocaust, where 11 million Jews, Communists, trade unionists and others were slaughtered in Nazi concentration camps.

The coming to power of Adolf Hitler represented the defeat of the most powerful working class and left in the world. The fact that this defeat took place without any real resistance made it even more terrible.

Hitler – an ex-corporal and house painter – was appointed chancellor by Germany’s president, Marshal Hindenburg. This aged aristocrat did so reluctantly.

Like the rest of the ruling class he was not enthusiastic about giving power to such a “lower class adventurer”. But they were forced to do so by the scale of the economic and social crisis sweeping Germany and their fear of working class revolution.

Fresh in their minds was the November 1918 revolution, which had forced Germany to end the First World War, had sent the Kaiser into exile and led to a series of revolutionary explosions over the following five years.

For most of the 1920s Hitler was regarded as a fringe figure. In 1923 he had tried to seize power in the southern city of Munich but his supporters were dispersed by security forces. Eventually Hitler served a short prison sentence in remarkably liberal conditions.

The argument from the liberals and political pundits was the same as so often offered today regarding the British National Party (BNP) – “ignore him and he’ll go away”.

But Hitler did not go away. He spent the 1920s building a tight party under his control linked to a paramilitary wing, the stormtroopers.

Then in 1929-30 Germany was swept up into a gigantic crisis which transformed the fortunes of Hitler’s Nazi Party. That provides a warning that we ignore fascist organisations at our own peril.

In May 1928 Hitler’s Nazi Party secured just 2.6 percent of the vote in national elections. Two years later, after the recession hit, its vote soared to 18.3 percent. By the end of 1931 membership stood at 800,000 and its paramilitary wing deployed 225,000 stormtroopers. In July 1932 the Nazis’ vote had reached 37.4 percent before falling to 33.1 percent four months later.

Between 1929 and 1932 industrial production collapsed by 42 percent. Unemployment rose to 5.5 million – 30 percent of the total workforce, affecting 45 percent of trade union members. The ruling class feared workers might once more look to a revolutionary solution to the crisis.

Germany had stabilised its economy on the basis of huge US loans. The financial chaos meant Wall Street wanted instant repayment and German banks, unable to repay, crashed.

The centre left-centre right coalition government, presided over by a Social Democrat chancellor, was forced from office in 1929. Big business was determined to restore profits by destroying the welfare system and trade union rights it had been forced to concede in 1918.

The ruling class’s preferred option was to install a series of “strong” governments, presided over by trusty lieutenants, which ruled by presidential decree rather than by parliamentary votes.

Yet no such government had sufficient popular support. The scale of the economic crisis meant that middle class voters, who traditionally backed liberal and conservative parties, were flocking rightwards in search of more radical solutions.

He promised to restore Germany as a world power and to destroy the “Bolshevik” threat. By that he meant the destruction of not just the powerful Communist Party but also the even mightier Social Democratic Party, the trade unions and all independent working class organisation.

He could deploy tens of thousands of stormtroopers to battle the left on the streets. The paramilitary street marches and rallies provided a sense of pride to impoverished middle class people and even some unemployed workers.

In the wake of the 1918 revolution, realising that the police and army were insufficient to cope with the scale of upheaval, the German ruling class had recruited paramilitary bands from ex-soldiers and students to terrorise working class areas and to murder revolutionary leaders.

In 1932 and 1933 it looked back to such methods and saw that Hitler’s stormtroopers could play the same role.

In late 1932 big business and the military began to explore the possibility of bringing Hitler into government. Despite having occasionally employed anti-capitalist rhetoric, he reassured them he favoured the free market and would leave their economic power intact and honour the army.

He not only wanted to break the left and the unions – a major ambition of the ruling class – he wanted to carve out a German empire in Central and Eastern Europe. On this too, big business and the military agreed.

Germany’s rivals – Britain, France and the US – dominated large parts of the globe and set up competing trade blocks. Germany was excluded from these. Hitler promised re-armament and German expansion.

He was sworn in as chancellor heading a coalition government in which the Nazis were a minority. In this way the ruling class hoped to house-train Hitler.

There was no response from a working class that hated the Nazis. The Social Democrats and the Communists refused to work and fight together against fascism. Trade union leaders hoped they could make a deal with the new chancellor.

By the year’s end, 130,000 Communists had been thrown into concentration camps and 2,500 murdered. Hitler aimed to reduce German society to the level of an army barracks.

Here lies the second great lesson from 75 years ago. Whatever our differences, all those on the left need to unite to resist fascism. Fascism will destroy all working class organisations, reformist or revolutionary, given half a chance.

When army commanders demanded that the stormtroopers be brought to heel, after they had made much bravado about replacing the existing army with its aristocratic officer corps, Hitler murdered their leaders and a number of political rivals.

He secured in return an agreement that every German soldier had to swear an individual oath of loyalty to him as “the Fuhrer”.

Initially Hitler’s victory was cheered by the global ruling class. It saw Nazi Germany as a “bulwark against Bolshevism”. None of them were bothered about the plight of German left activists or about the growing persecution of its Jewish citizens.

Only slowly did it become clear that Hitler aimed at the domination of Europe and the globe at the expense of the other powers.

The British ruling class was the most craven in trying to appease Hitler by offering him territory in Central and Eastern Europe.

It tried to broker a deal until the day the Second World War began, and a powerful lobby wanted a compromise peace when German tanks reached the English Channel.

Antisemitism had not been central to the Nazis’ electoral campaigns. But it was essential in uniting the Nazi Party against a common enemy.

Jews were portrayed as controlling, on the one hand, Wall Street and the City of London, and on the other the Soviet Union and the Communist Parties. Hitler promised to rid Germany of its Jewish citizens and all “non-Aryans”, just as today’s BNP promises to remove all “non-whites” from Britain.

He did not say he was going to kill them. But having banned them from work and education and sanctioned attacks on their property it was not such a big step towards genocide.

As the Second World War turned towards defeat for Germany, Hitler could promise his followers one “victory” – the destruction of European Jewry.

The German ruling class had acquiesced in Hitler taking power and backed his imperialist war drive.

Now they not only acquiesced to mass murder but participated in running the death camps, profited from slave labour and sold the gas used to slaughter six million innocent Jews. The generals too participated fully in persecuting what quickly became a racial, genocidal war.

The world paid a dreadful price for the failure of the German working class to stop Hitler taking power 75 years ago. We must learn that lesson and ensure humanity never has to pay such a price again.

BNP wiped out in Barking - and deep losses elsewhere 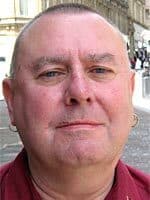 Stop the EDL in Bradford 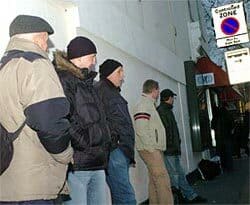 Organising among the abused and exploited