How Hull women turned the tide on fishing bosses

This article is over 6 years, 11 months old
The loss of 58 crew as three trawlers from Hull went down in 1968 made Lillian Bilocca and other women fight for better conditions for the workers, writes Annette Mackin
Downloading PDF. Please wait...
Tuesday 09 June 2015

Three fishing trawlers set off from St Andrew’s Dock in Hull, Humberside, in January 1968. Within three weeks the boats would sink, killing 58 men. The triple disaster would launch a fight for workers’ rights that would completely change the fishing industry—and it was working class women that took on the bosses.

Their story is retold in The Headscarf Revolutionaries, a book by local historian and writer Brian W. Lavery, published this month.

Lillian Bilocca’s husband and son were trawlermen. Like many other women from the local area she worked in the fish house on the dockside filleting and packing trawlers’ catches in ice.

Lillian heard at work that two boats had disappeared without a trace while fishing off the northern Icelandic coast. She resolved to do something about it.

When the boats—St Romanus and the Kingston Peridot—had set off from dock the temperature was below zero. The crews had to buy their own bedding and kit for the trip.

The conditions on the trawlers in wild seas were dangerous even for the most experienced fishermen.

Waves two or three times as high as the boats would crash freezing water down onto the vessels, and ice would begin to grip the surface. Workers fought a relentless battle to hack it away.

Less than 20 tons of ice could topple 657-ton ships such as the Peridot or Romanus. A ton could form in minutes.

At that time of year daylight only lasted six hours where the boats went missing. And even when it was light the sea was shrouded in low cloud and fog.

The Romanus did not have a radio operator and its wireless equipment was dysfunctional. It last made contact the evening it left Hull.

But bosses failed to raise the alarm that it was missing until over two weeks later. It was official policy that ships should send in their position and catches daily.

But radioing in could reveal a boat’s location to the competition, so workers were often pressured to maintain radio silence. When family members pleaded with fishing bosses for answers they told them there was “no cause for concern”.

On the day that the Romanus was officially declared missing the Peridot put in a message to a nearby boat that it was having problems with ice build-up. It was the last contact the ship made.

Days later one of its life rafts washed ashore. On 30 January the families of the 40 men who made up the crews of the two ships were told there was little chance of their survival.

When Lillian got home from work that night she wrote a letter to the fishing bosses, slamming their behaviour.

It said, “You men at the ‘top’ —these lads spend three-quarters of their lives under conditions few of us can imagine or even stand. They live hard. They work hard. They die hard.”

She set up a petition and within days it attracted some 200 signatures. Hundreds of women rallied around her call to fight for better conditions on the trawlers.

They marched to confront bosses with a “Fisherman’s Charter” outlining their demands.

There were to be full crews with radio operators for all ships, 12-hourly contacts between ships and owners, improved safety equipment, a “mother ship” with medical facilities and better training.

They also demanded a safety rep on each ship, suspension of fishing off the northern Icelandic coast and the setting up of a Royal Commission.

Eventually Lillian and two other women were allowed in to meet the bosses’ while others outside jeered and chanted.

Lillian emerged and announced, “There’s only one way to make these people meet us and hear our case and that’s by taking action.”

She told reporters, “I’ll be on deck tomorrow, checking them ships are properly crewed and have radio operators on them. I’ll jump aboard myself and stop them going out of the dock if I have to.”

The women’s action gave confidence to the fishermen to take a stand. The rapid turnover of crews and the nervousness about raising concerns for fear of being replaced meant that unionising them was difficult.

The Transport and General Workers Union (TGWU) organised around the docks but the Merchant Shipping Acts prevented workers from striking.

When the women gathered on the docks to inspect the ships in the morning, workers began to speak out.

Three fishermen refused to board the St Andronicus, sister ship to the lost Romanus. They were two brothers aged 18 and 19, and their stepfather.

They told their TGWU representative that they felt the life jackets on board were sub standard.

They went to confront the ship manager who rubbished their concerns and said, “You’ve got five minutes. Sign on or you’ll be replaced.”

The men said, “We won’t go.” The rest of the crew backed the refusal to leave dock.

Another sister ship of the Romanus, the St Keverne, was about to depart. One of the crew leaned out of the window and yelled to Lillian, “We ain’t got no radio man!”

Instantly she launched herself off the quay and attempted to jump on the departing boat. She was grabbed and held by eight police officers, and was forced to watch the crew leave without the crucial wireless operator.

But the photos of Lillian fighting and being restrained by police were front page news. Soon word reached her and the women that a radio operator was being sent out to the Keverne by motor launch.

The TGWU organised for the women to meet Labour government ministers in London. Three women were chosen to go along with Lillian. They were Mary Denness, Yvonne Blenkinsop and Chrissie Smallbone, whose nephew Robert died on the Romanus.

Chrissie’s older brother Philip was also skipper of a boat called the Ross Cleveland. The women did not know while they were mounting their fight that this would be the third boat in as many weeks to go down.

On 3 February the boat’s captain got warning of approaching hurricane-force winds and blizzards. When trying to move the boat to a safer position, the crew were overcome by the harsh weather and the boat capsized and perished due to the icy build-up.

Witnesses watched the boat slip from the radar, convinced there couldn’t be any survivors. But one crew member did survive.

Harry Eddom’s tale of horror as he watched 18 crewmates die in the freezing, mountainous seas spurred the women’s action. When they got to London their petition had swelled to 10,000 signatures. Thousands gathered at King’s Cross to welcome them.

At their meeting with ministers and union leaders they were told that the government would meet their demands.

They were promised four independent inquiries—one for each trawler and one into trawler safety generally, a safety code for trawlers and a fishing ban in the Icelandic north cape. The women felt victorious as they returned to Hull.

The fight for workers’ rights also chimed in with the radical mood on campuses during 1968. Lillian was asked to speak to hundreds of students in Hull and Glasgow.

But tensions started to grow. The bosses used the fishing ban to divide workers, saying the ban meant there was no work. Meanwhile they had Icelandic boats deliver fish to the docks to sow resentment.

Lillian remarked at student meetings that the fishermen’s no-strike laws should be smashed, and said that if the government did not stick to their promises then the men should take action.

The press twisted this into her saying the women would “persuade” men to strike by banning sex.

Some started to blame Lillian for speaking out. An attempt to set up a fighting women’s section of the TGWU ended in failure.

Lillian was sacked from work and blacklisted from the industry. The union leaders who once backed her and the women cooled their attitude considerably.

But Lillian remained defiant for the stand she took. A mothership, the Orsino, was launched in spring 1968.

It was the biggest lifesaving operation ever mounted for British fishermen. On board was a crew of 20 including a doctor, a meteorologist and medical equipment.

Lillian was among the dock workers and trade unionists who witnessed its launch. She said, “Never mind them calling us silly women. This is what we have fought for.”

The Headscarf Revolutionaries: Lillian Bilocca and the Hull Triple-Trawler Disaster by Brian W Lavery, £12.99. Available at Bookmarks, the socialist bookshop. Phone 020 7637 1848 or go to bookmarksbookshop.co.uk 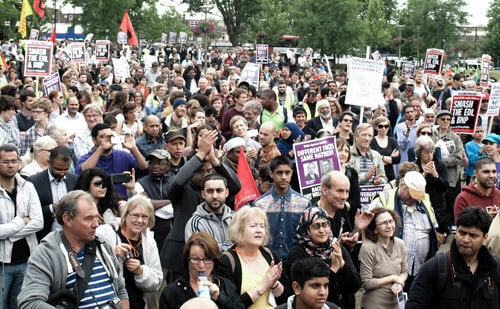 A glimpse of the working class 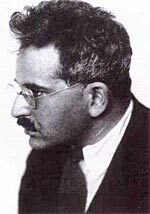