How Southall’s Asians fought against racism

This article is over 14 years, 1 months old
In the last part of our series Ken Olende looks at the struggle of new immigrants to establish themselves
Downloading PDF. Please wait...
Tuesday 20 November 2007

The British economy had such a hunger for labour in the long economic boom after the Second World War that government ministers were sent abroad to find workers.

Hundreds of thousands of people came to work in Britain. Southall in west London is a good example of a place where the new, immigrant population established itself through struggle.

The first Asians to arrive in Southall were Punjabi. The majority found work in expanding light industry in new large, factories and later Heathrow airport.

A group of activists formed the Indian Workers Association (IWA) for Southall in the late 1950s. Among other things, it was central in pushing for union recognition.

Workers at Woolf’s rubber factory – where 90 percent of the unskilled workers were Punjabi – felt the T&G union was lacklustre in its support for unionisation. So the IWA organised a recruitment drive to the union.

In 1965 there was a seven week strike over union recognition. Though the strike was defeated, it had a radicalising effect across Southall. Later strikes in local factories successfully unionised many Asian workers and improved their working conditions.

The IWA remained central to the development. It was seen as a community organisation – it initially met in the local Sikh temple.

Due to difficulty renting from frequently racist landlords, several families would often pool their money and buy one small house, which they would share while raising the money to buy another.

The Labour council’s response was not to build more council housing – though this was an option – but to increase prosecutions for overcrowding.

In the 1964 general election, none of the mainstream parties made race a central issue in Southall, but the fascist British National Party did. It got 9 percent of the vote, which was unprecedented at the time.

He said, “I feel that Sikh parents should encourage their children to give up their turbans, their religion and their dietary laws. If they refuse to integrate, then we must be tough.”

Asian children were “bussed” to schools in surrounding areas. The authorities did not want the children of immigrants to become a majority in any Southall schools.

They were generally seen as a burden in the new schools and often dumped in substandard reception classes. It was only in the mid-1970s that the scheme was abandoned.

The police attitude to Asians and African Caribbeans was institutionally racist. When racists attacked young Asians it was often the victims who were arrested.

In 1970 the police did nothing when a gang of skinheads rampaged through the town.

Their attitude was not changed by the racist murder of Gurdip Singh Chaggar in central Southall in 1976.

Young Asians knew they could not rely on the police, so they organised to defend themselves against a growing Nazi threat.

By the early 1970s some 40 percent of Southall’s population was of Asian origin.

When the fascist National Front marched in 1979, they came from outside to consciously challenge an area where immigrants felt confident.

White anti-racists joined with Asians in fighting back against the Nazis and racism.

A series of immigration acts since the early 1960s had reduced the number of people who had the right to settle in Britain.

From the Immigration Act of 1981 this was effectively cut off for people from outside the European Union (EU) and the old “white” Commonwealth.

The expansion of the EU has created the situation where Poles and other eastern Europeans can now live and work in Britain. But this has also meant a repeat of the arguments from 40 years ago that they are a burden.

Bosses and governments often encourage migration because it brings more workers and therefore more wealth to their economies. But they are also the first to scapegoat migrants, as Gordon Brown does with his talk of “British jobs for British workers”.

The people who complain about the dangers of immigration are usually those who want to casualise work, reduce pensions, sell off council housing and reduce wage levels.

New migrants should be welcomed and “integrated” by being paid the rate for the job and given decent housing – things that should already be a right for people who already live in Britain. 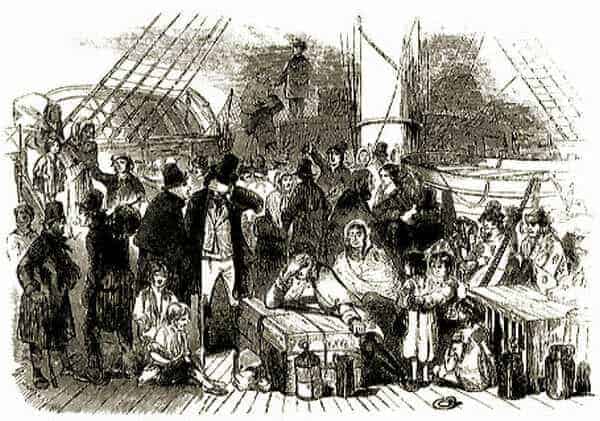 The economic roots of mass migration 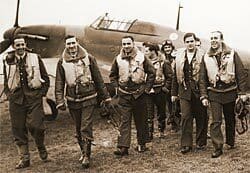