A sea of suffragette colours will mark the centenary of the Representation of the People Act. The Act gave some women in Britain the right to vote for the first time.

Everyone now celebrates this—including MPs who have organised various events in parliament. They rightly hail the Act as progressive. But at the time, the state brutally resisted extending the vote to women. The Act was a real gain that was won through struggle and resistance.

The most popular image of the fight for suffrage, or the right to vote, is Emmeline Pankhurst’s Women’s Social and Political Union (WSPU).

Established in 1903 and with roots in the newly formed Independent Labour Party, it became the group most synonymous with the struggle for votes. The Daily Mail newspaper in 1906 dismissed its members as “suffragettes”. It wanted to imply that they were girlish or frivolous—but the WSPU enthusiastically took up the name. 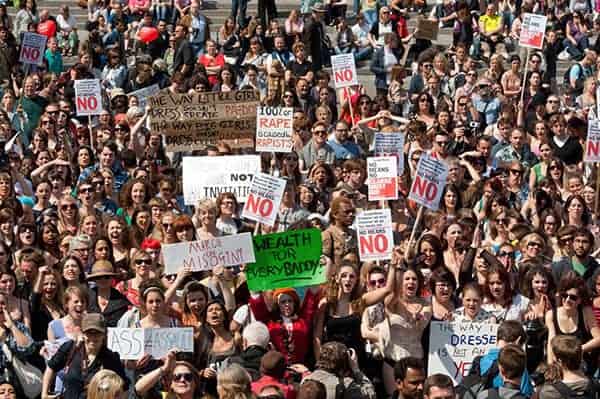 The suffragettes were militants—they smashed windows, set fire to churches and made bomb threats.

They held headline-grabbing stunts, including “rushing” the palace of Westminster and lowering a banner into the House of Commons demanding the right to vote.

Often women had to fit campaigning in with caring for children and husbands. WSPU member Hannah Webster wrote of the difficulties of being on the “domestic treadmill” while being politically active.

“No cause can be won between dinner and tea, and most of us who were married had to work with one hand tied behind us, so to speak,” she wrote. “Public disapproval could be faced and borne, but domestic unhappiness, the price many of us paid for our opinions and activities was a very bitter thing.”

And public disapproval was a very real obstacle—women could be pelted with rotten eggs at meetings, or worse. Violence was so commonplace that some took to wearing body armour.

Suffragettes were imprisoned for courageous acts. Mary Leigh, for instance, climbed onto a roof and threw slates towards prime minister Lord Asquith when he came to Birmingham. She became the first person to endure force feeding.

Around 1,000 suffragettes were imprisoned. Fighting for political prisoner status, many went on hunger strike. They were force fed through tubes in their nostrils, leading to pleurisy, infections, internal tearing and bowel problems.

Some withstood this barbaric practice hundreds of times.

If you were middle class or had a sympathetic husband you could often be bailed out of prison. Many didn’t have that option.

Alongside the suffragettes were many more suffragists. They sought constitutional change and had mass support among working class women.

Suffragists were more likely to lobby parliament or canvass for sympathetic candidates than use the sometimes illegal methods of the suffragettes.

There were hundreds of thousands of suffragists in the newly industrialised cities of northern England. By 1918 almost 16,500 petitions had been delivered to parliament.

Those fighting for the vote were divided in terms of politics, tactics and class. The question of how far to extend the franchise was one of the most important questions for the movement. More conservative elements wanted “votes on the same terms as men”.

But voting restrictions at the time were so tight that around 40 percent of men were excluded.

To be entitled to vote men had to own property or pay at least £10 in rent, be a university graduate and live in the same place for 12 months.

It’s estimated that just 5 percent of women would have qualified for the vote on these terms.

And most in the Labour Party were nervous about calling for women to have the vote when working class men were often excluded from the franchise.

The fight for suffrage attracted women from every section of society, but the formal leadership was almost exclusively middle class. The lack of democracy in the WSPU helped to tear it apart twice, in 1908 and 1912.

In 1912 frustration at the government’s continued intransigence led Emmeline Pankhurst to call for a sharp turn to a new wave of militant action.

The suffragettes and the suffragists showed extraordinary resilience in the face of the might of the British state. But workers’ organisation was crucial too. The resistance of workers during the Great Unrest and the Russian Revolution showed the British ruling class what it may have to contend with.

“I incite this meeting to rebellion.”

This decision left the WSPU leadership divided. Dissenters were either expelled, like her daughter Sylvia, or told by Emmeline, “We will smash you.” 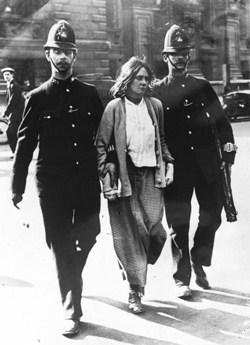 A suffragette being arrested in 1914

Emmeline was inspired by the Chartists, a mass working class movement that fought for democratic changes. But the isolated actions of the suffragettes lacked the class nature of the Chartist movement.

The suffragettes’ acts of vandalism or arson were troubling to the government, but they didn’t represent a mass social force as the Chartists had.

Yet votes for women was not the only battle being fought. The Great Unrest of 1911-1914, a series of mass and often unofficial strikes, changed the landscape of the British labour movement.

Wages fell by 10 percent between 1900 and 1912. But trade union membership had trebled in ten years—it was time to fight back.

Ten million days were “lost” to strikes in 1911 and the resistance was spreading. Hundreds of thousands joined trade unions and huge workplaces walked out for a pay increase and better conditions.

Such was the confidence of some workers they rejected bosses’ offers that were higher than their original demands. Writing in the Daily Mail, HG Wells described it as “the opening phase of a real and irreparable class war”.

He echoed the fears of many in the ruling class when he explained, “Our class has to set to work and make those other classes more interested and comfortable and contented.”

How did the suffrage movement respond to the upsurge in workers’ struggle? The WSPU didn’t support the strikers because it subsumed all political questions into the issue of the vote.

Emmeline Pankhurst believed that, because some men could vote, they should seek change at the ballot box rather than the picket line.

However, working class suffragettes and suffragists took more notice of workers’ struggles, speaking at rallies and collecting for strikers.

If the Great Unrest sharpened the class differences within the suffrage movement, the outbreak of the First World War tore it apart.

The WSPU called off all suffrage activity in the interest of “national unity”. It was suffragettes who introduced the practice of giving white feathers to men they thought should be fighting in the war. In 1914 they changed the name of their magazine Suffragette to Britannia.

Emmeline and her daughter Christabel threw themselves into arguing that men fighting in the war should have votes. This won them friends in high places, and Asquith now announced that he was in favour of votes for women.

The war had a profound impact on women’s lives, as hundreds of thousands left the household or domestic service and became workers with independent lives. They poured into the factories, gaining independence and agency as workers.

Women played a particularly significant role in munitions production where, for instance, 100,000 women worked in Woolwich Arsenal in 1918.The question of working class control exploded on to the world stage with the Russian Revolution in 1917.

Women in Russia were given the right to vote immediately following the revolution.

It raised the sights of people worldwide because it offered an example of not just universal suffrage, but as a fundamental shift in society.

The revolution had a huge impact on activists in Britain, not least on Emmeline’s daughter Sylvia. She organised meetings to celebrate the revolution—one saw 7,000 people attend. And in July 1917 she changed the name of her magazine from Women’s Dreadnought to Workers’ Dreadnought.

The revolution inspired the working class, but was a warning for the ruling class. There was a series of mutinies in the armed forces in the latter half of the war. Capitalism was in crisis.

Britain also faced a revolt in one of its oldest colonies—Ireland. The 1916 Easter Rising had caused another crisis for the British ruling class. 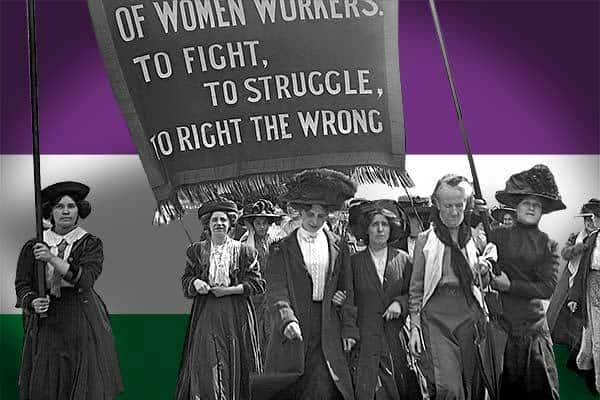 Britain’s rulers cynically introduced the 1918 Act partly as an attempt to divert workers’ struggle into parliament.

The Act came with some serious restrictions that blocked poor women from having the vote. Women were eligible to vote if they were over 30 and they, or their husband, owned property.

This gave around 8.5 million women the vote—but that was only 40 percent of women in Britain.

The rest had to wait another decade for the Equal Franchise Act of 1928 that gave women equal voting rights with men.

The individual courage and determination of women’s suffrage campaigners were instrumental in winning women the vote.

The suffragettes and the suffragists showed extraordinary resilience in the face of the might of the British state.

But workers’ organisation was crucial too. The resistance of workers during the Great Unrest and the Russian Revolution showed the British ruling class what it may have to contend with.

But their fight for a revolutionary alternative strengthened the working class around the world. 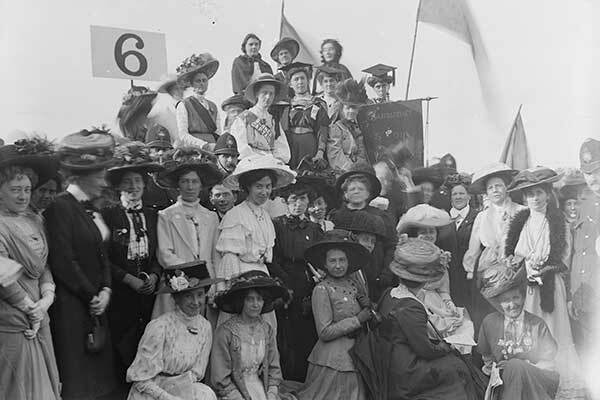 Soldiers and Suffragettes: the Photography of Christina Broom 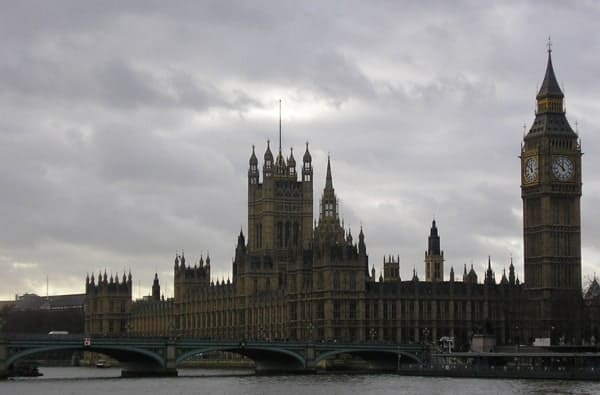 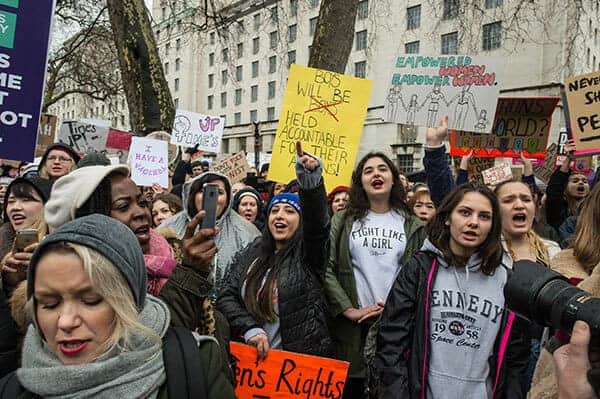 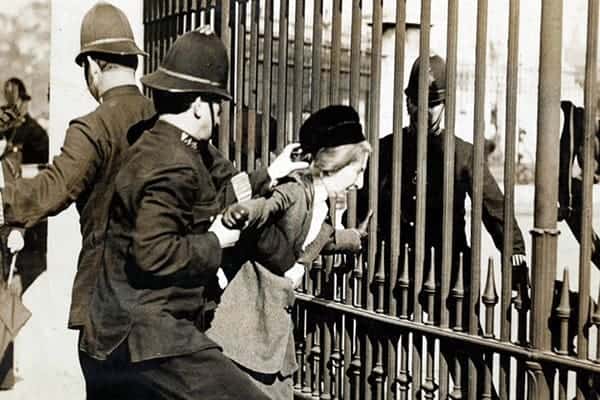