How the Miners’ Strike could have won

This article is over 8 years, 5 months old
Mike Simons, who was Socialist Worker's journalist covering the dispute, takes issue with those who say the fight was doomed—and explains how Thatcher could have been beaten
Downloading PDF. Please wait...
Tuesday 04 March 2014

The 1984-85 miners’ strike was the longest, most bitter national strike in British working class history.

For 12 months miners fought an unprecedented battle to defend their jobs and communities against the full might of the government and ruling class.

The government provoked the strike then prosecuted it like a civil war. Almost 10,000 miners were arrested during the strike.

The Tories turned welfare and social services agencies into weapons, denying miners and their families benefits in a bid to starve them back to work.

The miners’ heroism inspired millions. But a political battle about why the miners went down to defeat has raged in the 30 years since the strike ended.

Some say the strike was doomed from the start. They say the National Union of Mineworkers (NUM) shouldn’t have struck in the spring and when coal stocks were at unprecedented levels.

But workers are often forced to fight in less than ideal conditions.

Had the miners capitulated without a fight, Thatcher’s offensive against the working class would have seemed unstoppable.

Others say the miners could have won had the NUM held a national strike ballot. Yet miners had already voted in a ballot to oppose pit closures.

Tens of thousands were already out on strike in line with a democratically-decided union policy when the Tories screamed they should hold a ballot.

Had the miners held a ballot and voted to strike, Thatcher would not have behaved differently. She would still have mobilised the police in vast numbers and contemplated using the army against strikers.

Some argue that pickets could never have beaten the police and the state, or that workers’ solidarity was a thing of the past.

It’s true that Thatcher unleashed the full force of the state on the miners. Cabinet papers from 1984 show her daily micromanagement of the dispute, and the way the law was twisted and turned to suit the Tories.

Cabinet minutes reveal Thatcher lambasting chief constables in the early days of the strike because they were reluctant to order the arrest of miners who had committed no crime. It was, she said, “essential to stiffen the resolve of chief constables”. 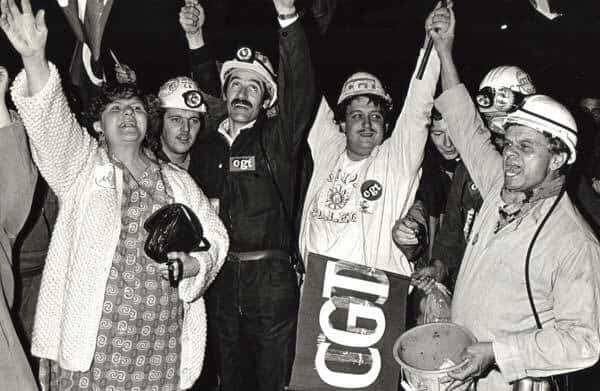 She demanded a special report to see if the police were “adopting the more vigorous interpretation of their duties which was being sought”. Two months into the strike there had been 900 arrests in the Nottinghamshire coalfield.

Thatcher was advised that Nottinghamshire’s chief constable had “expressed reservations about the quality of some of the evidence” the arrests were based on.

It was given short shrift and the government sent in scores of specially-appointed magistrates to dispense rough justice. These are just two examples that show the reality of power beneath the thin veneer of parliamentary democracy.

But it wasn’t the might of the police and the courts that beat the miners. It was the failings of NUM officials and of other union leaders.

The miners came close to victory many times. At the start of the strike flying pickets almost shut the whole of the mining industry. A stunned government was forced to use police in record numbers to physically stop Yorkshire miners getting to argue with union members in Nottinghamshire.

Had Yorkshire and Nottinghamshire NUM leaders been more resolute, Thatcher could have been forced to back down.

As the strike progressed the Tories tried desperately to avoid fighting on two fronts. They suddenly found extra money for councils, and to give rail and other workers inflation-busting pay rises.

Every time a second front looked like opening up, union leaders grabbed whatever the government offered rather than join the miners in their fight.

The Tories panicked when dock workers struck in defence of the dock labour scheme, which had ended the casualisation of the industry, in July.

Cabinet minutes show Thatcher’s priority was to “settle the dock strike as quickly as possible in order to allow the government to concentrate on winning the miners’ strike”.

Ministers were instructed to reassure dock workers the government had no intention to “alter or abolish” the dock labour scheme. It was a lie—but the dockers’ leaders accepted it.

In the autumn the Coal Board picked a fight with Nacods, the pit deputies union.

Thatcher ordered Coal Board boss Ian MacGregor to cobble together a compromise, telling him “the fate of the government” was in his hands.

The stakes were clear when Thatcher declared the miners the “enemy within”.

This should have been a signal to the trade union movement that the miners’ strike was not a normal industrial dispute. It was a fight for the future of the whole movement and it was time for action as well as words.

That September the TUC Congress promised to deliver solidarity that would stop the use of coal and oil imported to break the strike.

But nothing was done.

Worse, when the courts removed the elected representatives of the NUM from control of union funds and appointed a receiver, the TUC refused to help. It offered no official support for fear it might be “in contempt of court”.

As legal attacks on the NUM mounted, leaders of the power station workers’ unions relaxed their “guidelines” against using scab coal, oil and gas. The government got through the winter without blackouts.

Even as union leaders turned their backs on the miners, strikers won support that showed what could have been achieved.

While the Tories imported coal from Poland, a message of support came from Solidarity, the independent trade union that was fighting the military regime there.

As the Tories imported coal from apartheid South Africa, black South African miners organised collections for the NUM. In Australia dockers and seafarers refused to handle coal bound for Britain. And in Denmark dockers fought a pitched battle with riot police to stop coal being exported to undermine the strike.

In Britain, there were many shining examples of solidarity. At Coalville, in the middle of the working Leicestershire coalfield, no coal was moved by rail for 35 weeks.

Railworkers were barred from virtually every pub and club in the area for this action, but they stood firm. Print union workers at the Sun newspaper refused to handle an obnoxious front page that likened NUM president Arthur Scargill to Hitler.

Then they closed the paper down for three days after management refused to publish a statement from them in support of the miners.

Millions of ordinary workers had seen the now almost daily police assaults on picket lines. They delivered unparalleled financial support for the strike and launched a massive campaign to twin pit villages with union branches and community groups. 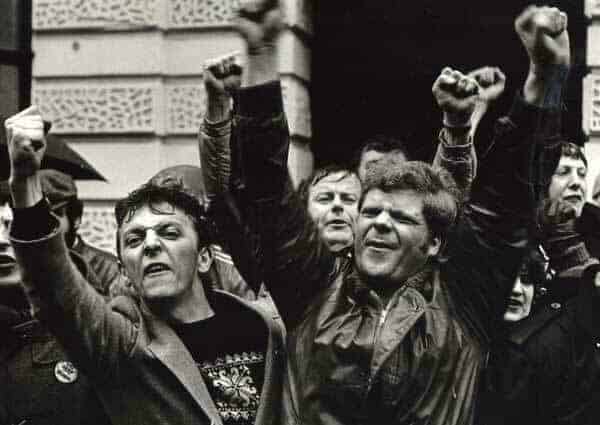 Anger as the strike was called off (Pic: John Sturrock)

This could have been mobilised into strikes. But while grassroots solidarity grew, union leaders undermined it.

Len Murray, then general secretary of the TUC, condemned a series of days of action called by regional TUCs. Thatcher subsequently knighted him.

After Christmas news emerged of the price in oil imports the government had paid to keep the lights on and there was a massive run on the pound.

Norman Willis, Murray’s successor, did not seize the time to campaign for solidarity. Instead he spent days ensconced in the plush home of Ian MacGregor, drinking whisky and drawing up a surrender document to impose on the NUM.

Everything was stacked against the miners, yet they fought for a year. They marched back to work in March 1985 behind their banners with their heads held high.

The miners did not achieve the victory they deserved. But they stopped the Thatcher government in its tracks for the first time in five years.

They held back a Tory offensive designed to break the back of the trade union movement.

The strike also showed a set of values that are as relevant today as they were 30 years ago. That people come before profit. That workers don’t have to bow down to market forces. That solidarity can overcome isolation and fear.

And that ordinary people can transform themselves when they unite against the ravages of free market capitalism.

1984, The Miners, and the Strike That Could Have Won

Striking Back: Photographs of the Great Miners’ Strike 1984-1985 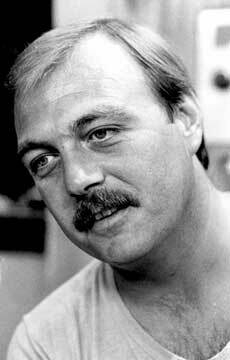 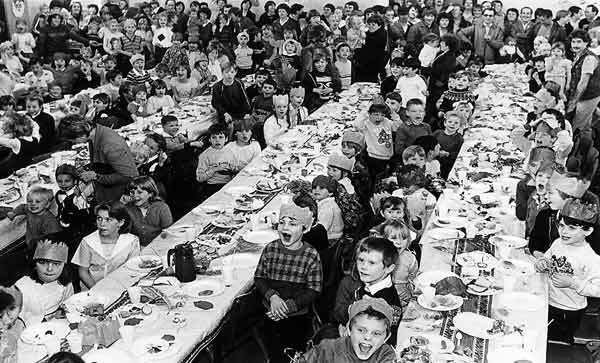 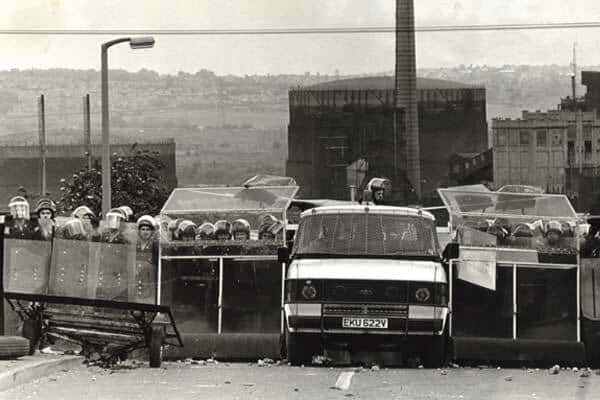 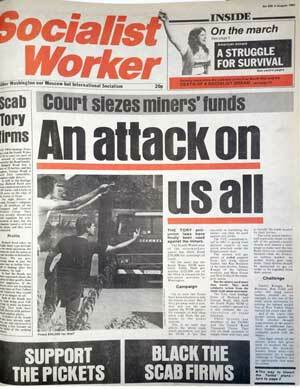 Court seizes miners' funds - an attack on us all