What kind of policies has Hugo Chavez implemented in Venezuela since becoming president of the country?

Chavez has been in power for six years, but it took three years before he burst onto the Latin American political scene. Since then he has emerged as the leader of progressive forces in Latin America.

He is almost like a successor to Fidel Castro, who is immensely popular in Latin America. The new political movements in Peru, Ecuador and Bolivia are looking to Venezuela with enthusiasm.

There is a revolution going on in Venezuela, a revolution of an unusual kind — it is a slow motion revolution. Chavez is a democratic president, working with democratic institutions. The 1998 election, when the old political system collapsed, was an electoral moment, not a coup. Chavez drafted a radical new constitution in 1999. This reinforced the fact that Venezuela’s oil company was state owned. In the 1990s the government had discussed privatising it.

He also brought in land reform of a slightly unspecified sort. In Venezuela most of the peasants had left for the cities. It is the most urbanised country in Latin America, but land reform is still very symbolic.

In November 2001 Chavez put through for the first time a number of radical decrees. This was significant. It was the beginning of the overt signs that he was much more than a reformist.

These decrees affected the oil industry, land reform, housing and the fishing industry, as well as setting up small credit banks. They were major reforms. This woke up the opposition, which stepped up its activity, including mass street demonstrations. People who had joined the Chavez bandwagon jumped off into the opposition camp.

The opposition began serious negotiations with generals in the army. They planned a coup, which happened in April 2002. But the coup unravelled within 24 hours.

The privately owned newspapers and TV stations were the centre of the opposition. They replaced the old political parties. The coup of 2002 was organised in newspaper and TV offices. The opposition made two more efforts to overthrow Chavez—a lock-out in 2002 which involved the state oil company, and a referendum in August 2004. These also failed. The opposition believed its own press that Chavez was unpopular and would be easily defeated.

What are the key reasons for Chavez’s popularity? And what are his prospects for holding the right at bay?

Chavez has a very great following. Though the opposition can produce mass demonstrations, so can the pro-Chavez groups. The government is more organised in the shanty towns, where the mass of people live.

Venezula has untold wealth at its disposal in the form of oil. Everybody needs to keep the oil flowing. While the oil company has been nationalised since 1976, the people who have controlled it have run it for their own profit and amusement.

It has made money for the company, not the state, building up investments in the US and Europe. Very little of the money has come back to Venezuela.

After the 2002 lock-out all the people involved were sacked — 18,000, about half of the workforce. The higher management were also sacked and the company’s palatial buildings in the capital Caracas were taken over.

These buildings were turned into “Bolivarian universities” for those coming out of education in the shanty towns. The company continued to turn out oil at the same rate with a new group of people running it.

Chavez has poured money into health and education, especially for the poor. This is bringing into society those who have been marginalised. In ten years’ time there will be a cadre of people who will be able to get round the tricky problem that the middle class has boycotted Chavez’s programme.

An alternative system is being created through these programmes. It is very exciting and open-ended. And Chavez has time — he will certainly be re-elected for six years in 2006.

Why did Condoleezza Rice, the new US secretary of state, describe Chavez as a “negative force” in Latin America?

Chavez has always had extremely anti-imperialist rhetoric, specifically against the neo-liberalism imposed on Latin America over the last 20 years.

Neo-liberalism has been a disaster and has been rejected by the great mass of people who have seen their living standards drop. Much of Latin America is in extreme economic crisis.

But Chavez has an alternative programme for the region. He has been outspoken against the “war on terror”.

He was also instrumental in reviving the OPEC organisation of oil producing countries in the 1990s. Oil prices had dropped to $10 a barrel then. They were recently at $50 a barrel. He has a very close relationship with Fidel Castro in Cuba and sells cheap oil to Cuba.

All this is alarming the US. But I don’t think we should overestimate what America is likely to do—there is a tendency on the left to think the US is all powerful. I’m sure the US is working on plans to overthrow Chavez, but like the Venezuelan opposition, it is running out of options.

I don’t think it will invade Cuba or Venezuela. The US perceives itself to be overextended in the Middle East, which is its priority. Latin America is on the back burner at the moment.

Chavez gets more radical every year. He is a voracious reader. He makes regular, popular speeches, directed towards the shanty towns. The speeches are unlike anything else in Latin America.

He has changed enormously. He used to be quite sexist, but he is on the side of feminism now. He was always sympathetic to the left, but in the last couple of years he’s started to make references to Marx and Trotsky.

Chavez made a radical speech at the WSF in Porto Alegre two years ago—this year’s one was even more outspoken. He is also talking the language of socialism at home. He had never said he was a socialist before, instead he talked about being a Bolivarian, a humanist, supporting the Cuban revolution.

I think of Chavez as a very original figure. He doesn’t fit into the pattern of the former Chilean leader Salvador Allende, the Cubans or the Sandinistas in Nicaragua. They always had more overt Marxist language.

What kind of problems will Chavez face as he tries to drive his “Bolivarian revolution” forward?

There is a bumpy road ahead. The reform programme will have its own problems and reorganisations. Whatever is happening at the moment will not necessarily be the same in three years. Chavez is very undogmatic—he doesn’t have a blueprint.

Chavez wants people to organise themselves for their own rights and demands. We haven’t seen what the people want yet. Educating and bringing the poor into society means they will be able to make their own demands.

One of the reasons that Chavez did so well in the referendum is that he gave citizenship to two million people in Venezuela. These people were economic migrants from across Latin America.

There has also been a huge voter registration drive. People in the poorer areas who had never voted before have been put on the electoral roll. These people had never had an opportunity to say what they want. They will become actors on the political scene in the next few years.

The opposition disappeared after the referendum, but they will be back. Over the longer term they will organise a political party to make alternative proposals to move society to the right. There will also be paramilitary groups, small scale violence and assassinations.

How does Chavez fit into the Latin American political scene?

His chief ally is Nestor Kirchner, the president of Argentina. Although Kirchner is not attempting revolutionary change at home, they see eye-to-eye on foreign policy. There is a well organised popular movement in Argentina keeping Kirchner up to the mark.

Chavez’s relationship with Lula, the Brazilian president, can only get worse. They have a public friendship, but Chavez is allied with the landless movement, which is increasingly opposed to Lula. There is no chance Lula will move left, abandon neo-liberalism, or speak out against the US.

There will be an election in Bolivia soon. The likelihood is that Evo Morales, the radical Indian leader, will win the elections. Ecuador seemed to have produced a Chavez-like figure in Lucio Gutierrez, but he has not been as radical as expected.

There is a big question mark over Colombia. FARC, the left wing guerrilla group, runs 40 percent of the country and cannot be eradicated. The US is supporting Alvaro Uribe, Colombia’s president. There is a danger that war could spread over the border into Venezuela. If I was running the CIA think-tank on destabilising Venezuela, I would do it through Colombia.

Chavez has to weave his way through these problems. He needs to be on good terms with these powerful countries, but he also needs to show he is on the side of the radical reformers.

Richard Gott is former Latin America analyst for the Guardian. His new book, Hugo Chavez: The Bolivarian Revolution in Venezuela, will be published by Verso in April. For details contact Bookmarks, the socialist bookshop. Phone 020 7637 1848 or go to www.bookmarks.uk.com 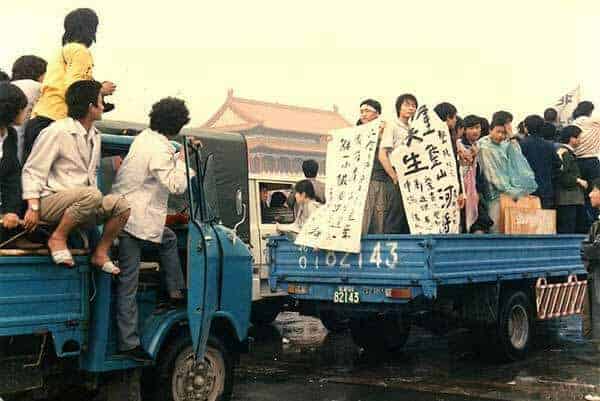 Tiananmen Square: Another China is possible 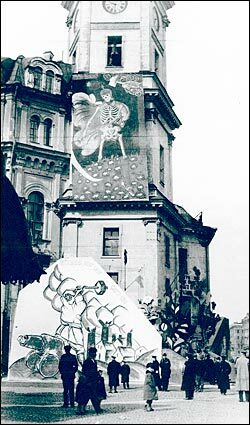 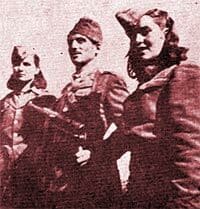