More than any other event, Hungary’s revolution in 1956 revealed the real nature of the Soviet bloc’s “socialism”. What had begun in Russia in 1917 as a genuine workers revolution had, under Joseph Stalin, degenerated into an imperial system imposed by force and defended by tanks.

When Hungary erupted in late October 1956, the demand in the factories and on the streets was for a genuine socialism built from below.

1956 was the year when Russia’s grip on its satellites slipped.

In February that year Soviet leader Nikita Khrushchev gave a “secret speech” revealing the crimes of Joseph Stalin. This opened up a small space for argument and helped undermine the confidence of the Soviet bloc leaders.

Protests came first in Poland. When it looked as if these might be suppressed by Russian forces, Hungarian students organised a demonstration of support for those who wanted change in Poland. The protest, held in the Hungarian capital, Budapest, on 23 October, triggered the uprising.

Everyone was astonished by the response. Hungary had perhaps been the most Stalinist satellite in the 1950s. It was ruled over by Mátyás Rákosi, who had survived a challenge from a reformer, Imre Nagy.

But in 1956 Rákosi’s power was draining away. According to the British journalist Dora Scarlett – then a loyal Communist working in Budapest – Hungary was on “a journey towards truth”. By the summer of 1956 the leaders of the regime were nervous and indecisive, despite the formidable forces of repression that they controlled.

Hungary’s demonstrating students were joined by tens of thousands of workers. Even the Budapest police seemed sympathetic to the protests. The Hungarian leadership panicked, and later that night Russian forces began to move on the capital.

Several days of fighting took place. Power passed to Imre Nagy, who struggled to impose his vision of reform and convince Moscow that the events could be controlled. Finally Russian troops began to withdraw and the disorder began to subside.

But by then Hungary was a different plac. Peter Fryer was a young Communist reporter from Britain working for the Daily Worker. What he saw when he entered Hungary changed his views forever.

This was not, he wrote, a “counter-revolution organised by fascists and reactionaries. It was an uprising of a whole people, in which rank and file Communists took part, against a police dictatorship backed by Soviet armed might.”

Across Hungary revolutionary councils quickly sprang up. “They were at once organs of insurrection – the coming together of delegates elected by the factories and universities, mines and army units – and organs of popular self-government, which the armed people trusted,” wrote Fryer.

Hungary in October and November 1956 was becoming like Russia during the revolutions in 1905 and 1917. The capital was, according to Fryer, “a city in arms, a people in arms, who had… added to the roll call of cities militant – Paris, Petrograd, Canton, Madrid, Warsaw – another immortal name, Budapest!”

Once the initial explosion happened the speed of radicalisation was dramatic. Reformers who had been so daring in challenging the regime before October now seemed timid and paralysed. “We were at the front of the fight for liberty. And now we’re on the rubbish heap,” said one member of the old Union of Youth.

At the time and ever since, many tried to present Hungary 1956 as a simple, democratic revolution. But in 1956 there was no sense that people wanted to replace the state capitalism of the Hungarian regime with Western-style free market capitalism.

“No one must dream of returning to the old world. The world of the counts, bankers and capitalists is gone once and for all,” said one politician. It was a ­sentiment echoed in the resolutions of ­different workers’ committees and the hastily ­published newspapers and leaflets.

Typical was a leaflet from the Györ Railway Workers. “We stand opposed to the restoration of the land to the aristocracy, and industry and banking to the capitalists. At the same time we oppose any restoration of the Stalinist-Rákosi clique,” it said.

The workers of Hungary were trying to find a way to a different vision of what socialism might be. This was no simple outburst of mob rule. Members of the hated secret police were killed and sometimes their bodies left hanging. How many were lynched remains unclear, but the numbers pale in comparison to the victims of the forces of “order”.

But what was really astonishing was the degree of self-imposed order. Some secret policemen were saved by members of the workers’ councils. In the battered shops of central Budapest, wrote a Polish reporter, “shoes, toys and bottles of wine have remained exposed, but in perfect order. No greedy hands try to seize them.”

Dora Scarlett recorded that in one shop when the window was cleared a notice appeared saying, “All goods are safe in the store room – we Hungarians do not loot.” Drunkenness was conspicuous by its absence.

This new order was part of the creative drive of the revolution. Where it might have led is unknown. After the first wave of fighting Nagy and other reformers sought to reestablish control, and this was beginning to happen by the weekend of 3-4 November.

On Saturday night, a group of Polish journalists met in a Budapest hotel to share their impressions of trips around Hungary. “The country,” they agreed, “is settling down and the government becoming established, supported by the revolutionary forces.”

Workers planned to return to work on Monday. The machinery would have to be turned on, but the workers and their committees would also have to decide how they would run the factories and what their links with the new government would be in this changed world.

But these meetings and discussions did not take place. After some hesitation in Moscow, the Russian leadership decided that this was too dangerous a challenge to its power. At dawn on Sunday 4 November fresh Russian forces went sent into action – especially against the people of Budapest.

The second round of fighting was far more bloody and destructive in Budapest. Russian tanks, said Dora Scarlett, “calmly pumped shell after shell into suspect buildings”.

Overall some 2,500 were killed in the two waves of fighting and many more injured. Within a week the Russians had mopped up opposition, despite several heroic stands from poorly armed civilians.

In the next weeks some 200,000 of Hungary’s ten million population would flee the country. But the revolution was far from over, and now the workers’ councils became even more important.

The Russians had done a deal with the Hungarian Communist János Kádár. He would be the new figurehead leader, replacing the likes of Nagy and heroes like Pál Maléter, who had been trying to create a new Hungarian army. Later Nagy, Maléter and others would be tried and executed.

But Kádár had few resources to call on other than Russian tanks. The workers’ councils, however, had the factories. The struggle that followed lasted into December.

The Russians and their Hungarian puppets encountered passive resistance everywhere. Essential goods were produced under the control of the workers’ councils, but across much of Hungary workers also led one of the most impressive and sustained general strikes in world history.

This was a form of dual power. But the difficulty for the leaders of the workers’ councils was that they were operating in what was effectively an occupied country under martial law.

Although they tried to link up with one another and develop their organisation, the Kádár regime began to pick off their leaders and hem them in.

The end came in December and January, with mass arrests and further massacres of demonstrating workers.

A regime built on lies could only be maintained by force. The biggest group arrested – and those who got the longest prison sentences, after the very top leaders – were the workers of Hungary who had led the workers’ councils.

Today Hungary is still built on lies. This was the cynical admission of the current Hungarian prime minister in September this year. It brought people out again on to the streets of Budapest.

But the biggest lie of all is that the system that developed in Russia and was imposed on Hungary was “socialist” – and that there was no alternative to it but Western-style market capitalism.

Workers in Hungary in 1956 fought and died for a different world. At the heart of that world was the idea of workers’ councils building a new power from below. The 1989 revolutions got rid of regimes that were a disgrace to the name of socialism. But as disillusion grows with the regimes that followed, that is a vision that still has meaning for a new century.

The general strike began immediately and the workers’ councils were set up completely spontaneously. They often started with the workers refusing to allow the party secretary into the factory premises and setting up councils to run things.

The national bank had its own revolutionary council and so workers were still paid. And there was absolutely no problem with telephones, gas or electricity – these were maintained by the respective workers’ councils.

The workers and the young people, feeling their power, were filled with optimism.

The unanimity of the workers’ political demands was really extraordinary. But equally striking was the fact that nowhere did the workers show clear ideas as to how to achieve their demands.

Nowhere was the slogan “all power to the workers’ councils” raised.

On Tuesday (23 October) we worked, but we talked as we worked. We knew it was impossible to go on in this way. We could not live on what we got. After work we saw the students demonstrating and joined in.

On Wednesday morning the revolt began in our factory. The young workers led the way and everyone followed them.

The population had confidence in us. They sought our help in the solution of all their problems and worries. The government was simply ignored. 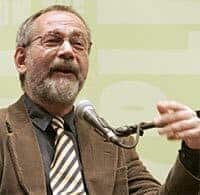