Hungary: fascists on the march

This article is over 11 years, 9 months old
Adam Fabry looks at the reasons behind the success of Hungary’s fascist Jobbik party in recent elections
Downloading PDF. Please wait...
Tuesday 20 April 2010

The Jobbik party grabbed 17 percent of the vote in the first round of the Hungarian general election, in a chilling warning to the rest of Europe. It came third with 842,306 votes – only just behind the ruling Socialist Party.

Jobbik has risen quickly from its birth in 2003 and since it took 2.2 percent in the national elections of 2006.

Nobody should doubt the party’s agenda or character.

“Members of citizens’ militias and neo-Nazi groups have taken over patrolling the streets… In combat boots, camouflage or black military uniforms…

Many media and left wing commentators hope that now the fascist party is becoming a parliamentary force it will be sucked into mainstream politics.

But history shows that when fascists grow, they feel more confident to implement and act on their beliefs.

Jobbik states clearly in its manifesto that it rejects the existing rules that govern parties and wants to rewrite the constitution.

It plans to institute a permanent vigilante section of the police – “As a tool in the fight against our ever-swelling crime wave, we will establish a gendarmerie”.

Although the court of justice banned Jobbik’s paramilitary wing – the Hungarian guard – it simply changed its name – the New Hungarian Guard – and continues as before.

It is also fixated on the existence of a “Jewish conspiracy guiding the global economy”.

Jobbik’s rise has been fuelled by the economic crisis in Hungary and the shift to the right by the mainstream political parties.

Jobbik has made the Roma – the largest of Hungary’s minority populations – their primary target.

Its manifesto presents the Roma – the poorest section of society – as the biggest threat the country faces.

Jobbik is strongest in the northern and eastern parts of the country – areas with the highest levels of unemployment and the highest concentration of Roma.

These areas used to constitute the industrial base of the country and have traditionally been strongholds of the Socialists (MSZP), but industry has been all but eradicated since the collapse of the Stalinist regime in 1989 and now the Socialists have been ousted too.

Jobbik’s rise is significant. It has made a partial break with the euro-fascist model followed by the British National Party and others – which focuses on respectability, populist politics and electoral gains, and keeping their fascist politics under wraps.

In a sense, Jobbik’s style is more like that of the fascists in Italy and Germany in the 1930s. Its ascendancy started by taking to the streets with its Hungarian Guard – leading demonstrations in areas with large numbers of Roma people.

It focused on building a popular movement, gathering supporters onto the streets and only really focused on electoral politics in 2006.

Jobbik’s rise has been fuelled by a long-term economic crisis and the political bankruptcy of Hungary’s main parties.

Hungary has been a country in transition to free market capitalism since the fall of the Berlin Wall in 1989 and the collapse of Stalinism. Twenty years of neoliberalism has been catastrophic for the working class. Over 1.5 million workers have lost their jobs.

The two main political parties are the ex-Stalinists, now turned into to social democrats (MSZP), and the conservatives who form the Alliance of Young Democrats-Hungarian Civic Union-Christian Democratic People’s Party (Fidesz-KDNP), which looks set to take power after the second round of voting this weekend.

In the first round it took 53 percent to the Socialist Party’s 20 percent.

The economic changes wrought through the 1990s, coupled with a severe recession, resulted in declining living standards for most people.

This was made worse by the removal of state subsidies and the introduction of austerity measures to reduce inflation and stimulate investment.

The economic transition has not been matched by a corresponding change to Hungary’s political order.

The old elite merely reconstituted themselves – the Communists became the new social democrats and the right merged to form the new conservative party. The distrust and disillusionment in the mainstream political parties burst through in September 2006.

A leaked speech by the centre-left prime minister, Ferenc Gyurcsány, revealed that his party had been lying to voters about the extent of the economic crisis.

Spontaneous demonstrations erupted outside parliament and eventually people set fire to the state TV building and there were violent clashes in Budapest.

The centre-left lost its legitimacy to rule and the prime minister resigned 18 months later.

Jobbik benefited from the moral bankruptcy of the mainstream politicians.

Because it built itself as a street movement, not an electoral party, it gained support quickly.

Jobbik is also critical of aspects of global capitalism and neo-liberalism – again making it popular with the disillusioned and angry electorate.

The vacuum created by the political and economic crisis has also created opportunities for the radical left – but it has struggled to make gains.

In 2009, a democratic charter was established and a few thousand people demonstrated, forming a broad coalition.

But the movement was co-opted by elements from the old regime and the Socialists, and lost credibility.

And the radical left alternative has not been able to reach out to the minorities being targeted.

There have been, and will continue to be, efforts to build coalitions and organise events such as last year’s music concert against racism and fascism.

These are not yet big enough to overshadow the gains of the far right, but they have to continue.

Workers’ resistance is also vital to any movement against fascism – a confident movement resisting cuts and austerity measures can draw workers together and begin to resist.

There have been some industrial battles since the crisis began – at the beginning of this year the entire capital was blocked for a week because of a public transport workers’ strike.

The 2008 economic crisis hit Hungary hard and the government took assistance from the IMF, putting in place a harsh austerity program.

That means growing discontent – an opportunity for the left and the trade unions to pull workers together in resistance.

We have a long way to go. The centre-left had already abandoned the minorities targeted by Jobbik – Jews, gays and Roma – in a desperate attempt to cling to power.

And they continue to shift rightwards, frightened by Jobbik and the gains by the conservative party. This makes it even more important for the left to organise.

In the next round of elections it is likely there will be a rise in support for the conservatives and the possibility of further gains for the fascists.

In some areas the Socialists are telling their voters to vote conservative in order to stop the fascists from becoming stronger. This is not the solution – it can only legitimise Jobbik’s racist policies.

The situation in Hungary must send warning signals to anti-fascists across Europe.

There is a need to galvanise support in every country so that if an organisation like Jobbik emerges it can be driven back. That can give hope to those of us fighting them in Hungary.

Alongside the attacks on workers ‘standards of living

and conditions, there has been a rise in the racist scapegoating of the minority Roma community.

Jobbik continue to whip up anti-Roma hatred and there has been a dramatic increase in attacks.

Last year Nazis murdered at least eight Roma, and there were 30 firebomb attacks. They also killed a Roma man and his five‑year old son while they tried to flee their home after it was firebombed.

They were shot dead while trying to escape.

Blaming the poor for crisis

The ruling class in Hungary, like its peers across the rest of Europe, expects the poor to pay for the economic crisis.

Unemployment in Hungary has reached 11 percent.

The economic crisis is deepening, despite a £17.5 billion loan from the International Monetary Fund (IMF), World Bank and the European Union last year. This saved the Hungarian ruling class from bankruptcy. The most recent austerity measures include:

Adam Fabry is currently researching Hungary at Brunel university, in London. He is also the author of End of the Liberal Dream: Hungary since 1989 in International Socialism journal 124, autumn 2009. Go to » www.isj.org.uk/index.php4?id=583&issue=124 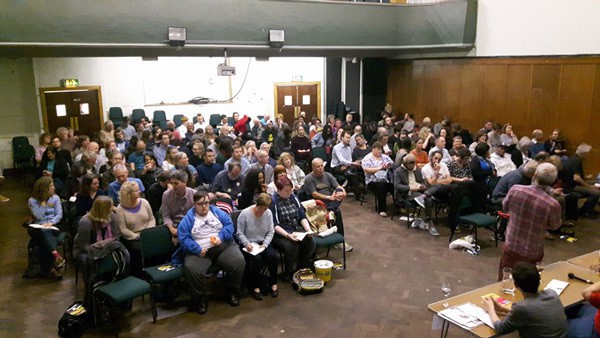 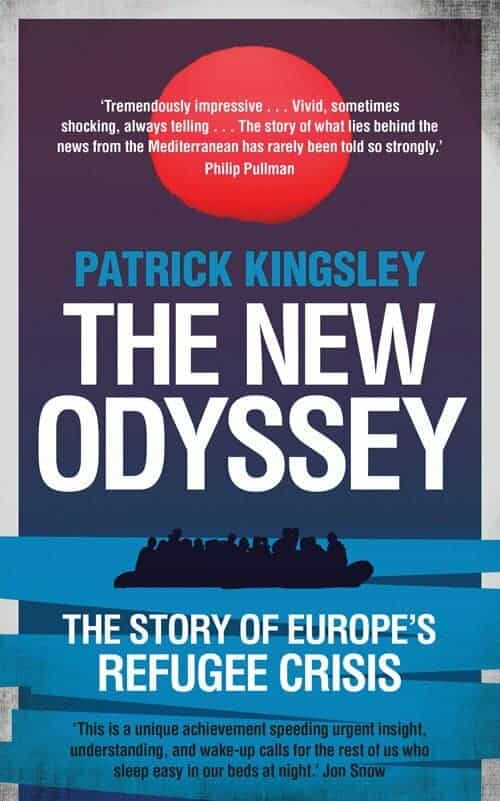 How we beat the Nazis last time round