I kept fighting to win freedom

This article is over 19 years, 11 months old
Satpal defended himself from a racist attacker. He ended up in 74 prisons
Downloading PDF. Please wait...
Saturday 06 July 2002

SATPAL RAM has finally gained his freedom after a 16- year ordeal in jail.

He was wrongfully convicted of murder after he stabbed a racist attacker in self defence. Satpal ran a huge international campaign from his prison cell against the miscarriage of justice perpetrated against him. A European court judgement in May forced New Labour to release Satpal. He spoke to HASSAN MAHAMDALLIE about his fight for justice and his politics.

HOW DOES it feel to be free?

TO BE honest it feels very, very surreal. Everything has changed in the last 16 years. I’m taking things a day at a time. There’s been so much warmth from people who’ve been supporting me. It’s been nice to thank everyone individually and collectively. I was 20 years old when I went in. I’m now 36. It feels like I’ve been in a time tunnel.

I’ve been on lockdown for 16 years, when your whole life revolves around a cell. When you get out you get hit by a kaleidoscope of colour. It’s going to take me a few weeks or months to get my bearings. I had a few panic attacks initially. But I’ve had good people with me. They cushioned the blow.

ARE YOU angry at your treatment?

I’M NOT bitter, but I’m angry at the way I’ve been treated by the criminal justice system. Despite the fact that I’ve been let out, by no means is this the end.

The Criminal Cases Review Commission has been sitting on my case for five years, and they’ve not even interviewed any witnesses yet. Surely that undermines their credibility. I always maintained I acted in self defence, and I refused to accept my guilt.

HOW WERE you treated in prison?

I HAD 74 transfers [from one prison to another], I had over six years of solitary confinement, I had countless indignities, psychological abuse, constant intimidation, physical abuse and mental trauma. It tested my resolve. I’ve had to persevere all this time. I was demonised. They stereotyped me. On paper they made me out to be this monster.

But they realised they couldn’t suppress the truth any longer. You have to be very strong. I was naive when I first entered prison, but I had to grow up fast. It’s a ruthless environment. I’ve developed strategies to cope, and I’ve had to struggle to survive.

HOW RACIST is the criminal justice system?

FOLLOWING MY conviction the lawyers who represented me at my trial told me I had no grounds for appeal. I thought that was unbelievable, but I was determined to pursue an appeal. I’ve had two appeals, in 1989 and 1995, and each time the courts have been very hostile to me.

I believe that racism exists at every level of the criminal justice system. I’ve experienced overt racism, right from my initial arrest at the hands of the police. The police presented the evidence in reverse. They made me out to be the instigator when in fact I was the victim of an unprovoked attack. I should never have been convicted.

Then there was my treatment in prison. There was overt racism at the hands of prison officers. I was the victim of numerous assaults, thrown in strip cells, put in body belts. It was constant. Lastly there was the endorsement of my treatment by the judiciary and the Home Office. They changed the goalposts to suit themselves. But I had loyal people-family, friends, campaigns, organisations and activists-who gave me the strength to carry on.

The criminal justice system has always been a class system. If you’re working class and a person of colour then you are going to be discriminated against at every level as you are processed by that system. The justice system is a means of social control. I’ve been targeted over the years because I maintained I acted in self defence.

I had lost my liberty, but they wanted to punish me on top of that. I took it in the early days, but it got to the stage where I wasn’t prepared to lie down and accept what they were doing to me. There have been times when I’ve been at my lowest ebb, but we’ve managed to come through it.

WHEN WE interviewed you in Socialist Worker two years ago while you were in prison you said being there had radicalised you.

PRISON DOES politicise you, and to a degree it does revolutionise your way of thinking. I had to study, to read up on law, and you have to be switched on all the time. Any sign of weakness and you die.

George Jackson was one of my heroes. [George Jackson was the US Black Panther and prison activist executed by prison guards in San Quentin jail in 1971.] If I ever had to emulate anybody it would be George Jackson. Such an amazing, beautiful brother. That’s why they killed him. I’d like to see a society where there’s no wars, where the people are one, no poverty, decent education and healthcare-that’s what’s really important.

WHAT DO you think of this New Labour government?

NEW LABOUR-new right. That sums it up. I was recommended for release in October 2000 by the parole board. That was rejected by Jack Straw, then home secretary, who said that I was a risk and should remain in prison. That decision was suppressed for six months by Paul Boateng, then prisons minister. I feel Boateng is a total careerist.

I’ve read some of his write-ups from his early days when he was an activist. To get to where he is today he’s sold his soul. I watched him on TV defending the asylum bill! New Labour’s asylum policies are flawed and ill founded. They’re targeting people of colour.

It’s important to defend asylum seekers. They’ve faced persecution around the globe. They come here and are thrown into jail and criminalised-and these are people who have faced torture. New Labour has created the climate that has given the extremist organisations like the British National Party a platform.

WHAT DO you think of global politics at the moment?

THE NEW World Order is targeted at people of colour around the globe. The 11 September events were beyond comprehension, but at the same time the bombing of Afghanistan was totally unjustified. Many of the people who died in Afghanistan were the poor and the oppressed. What’s happening in Palestine is totally unjustified. The Israeli occupation is basically endorsed by America and Britain.

The anti-capitalists are quite amazing. It’s good that there are people who are still prepared to resist. But at the same time it’s frightening to see what lengths the state is prepared to go to to suppress any voice of dissent.

1986: Twenty year old Satpal is eating at a Birmingham Indian restaurant when he suffers an unprovoked racist attack by a drunken Clarke Pierce. Satpal is seriously injured and defends himself with a small knife. Pierce suffers two knife wounds, refuses hospital treatment and later dies.

1987: Satpal is convicted of murder. The trial is flawed, from his lawyers’ advice to the lack of translators for vital witnesses to the attack. Satpal refuses to take the injustice meted out to him. He is punished by the system, ‘ghosted’ around different prisons 74 times, and beaten up, and spends years in solitary confinement.

1989 & 1995: Judges refuse Satpal’s appeals. His case is taken up by civil rights lawyer Gareth Pierce. Satpal begins a campaign that is eventually taken up by tens of thousands of people worldwide. Bands like Primal Scream and Asian Dub Foundation (who record the song ‘Free Satpal Ram’) take up his case.

1997: The Criminal Cases Review Commission, set up to look at miscarriages of justice, starts to look at Satpal’s case. Five years later it is still ‘considering’ the evidence.

2000: Satpal is entitled to be paroled. But Jack Straw, as home secretary, says that Satpal should stay inside. Straw judges that because Satpal has not admitted his ‘guilt’, he is a ‘danger to the public’.

May 2002: European Court rules in the ‘Stafford’ case that the home secretary is acting unlawfully in arbitrarily extending prisoners’ sentences even after the parole board has said they can come out.

June 2002: Satpal is released on life licence. This means that the authorities can revoke his freedom at any time. The government and courts still refuse to say that Satpal has suffered a miscarriage of justice. The fight goes on to clear Satpal’s name.

How New Labour made him wait

‘MY RELEASE came about by a European Court ruling called ‘Stafford’. He was a prisoner serving life who’d been recommended for release by the parole board. But the home secretary rejected that recommendation. Stafford took the case to the European court, and they ruled that the home secretary had acted unlawfully.

The European court stripped the home secretary of the power to reject the recommendation of the parole board. Following that judgement my lawyers pressed the High Court for a hearing. They argued that I was being unlawfully detained in prison as a result of the Stafford ruling.

One hour later the Treasury solicitors [who deal with these cases] conceded that I was being held in prison unlawfully and they would release me in the next 48 hours. But we waited for almost a week before we got a call. They said that they were still waiting for a signature from New Labour home secretary David Blunkett.

We then waited until the next day, but no licence. My solicitor Gareth Pierce said she was going to the High Court for a bail application. The Treasury solicitors rang Gareth Pierce and said they were going to oppose bail.

But later on, while a judge was reviewing my papers, the Home Office rang to say they’d signed the papers. They were looking for every avenue, until the last minute, to keep me inside.’

Palestine and the Arab Revolutions 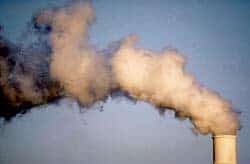 A programme to tackle the threat to the planet 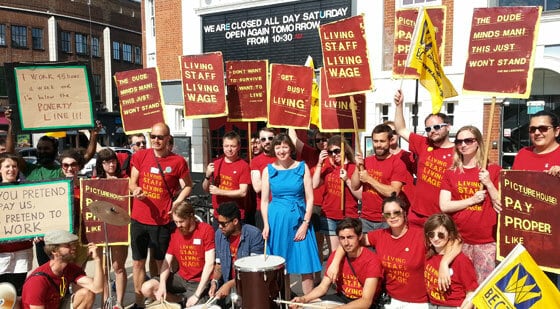 Will the union leaders fight back against the Tories?