‘I will keep up the battle for justice’

This article is over 17 years, 8 months old
Horrific video footage of Christopher Alder's death in April 1998 in police custody shocked TV viewers last week. Christopher's sister, Janet, talked to Socialist Worker about her fight for justice and why she is standing as a candidate for Respect:
By RESPECT candidate Janet Alder
Downloading PDF. Please wait...
Saturday 24 April 2004

THE WHOLE experience of my brother’s death and what happened after was a total shock. We knew right from the beginning that the police were lying to us. We were treated with such contempt. They were always trying to put the blame on anyone but themselves for what happened to Christopher.

My first encounter with the Humberside police was just two weeks after Christopher died. I walked into a police station and the officer I spoke to just sat back, with his arms behind his head, chewing gum. I was given two different versions of what happened to Christopher. My other brother got two different stories. I just wanted to know the truth.

The police gave us a black police liaison officer from Nigeria, the same country my mum and dad are from. But I felt insulted. I was brought up in care. I could talk to anyone from anywhere, not just to people from Nigeria.

I went to the library and looked up all the newspaper clippings about Christopher’s death. There were all these stories about how the police were looking for this person and that person. But he died in their custody. I thought, why are they looking for anyone else?

I met with the hospital consultant who examined Christopher before he was taken away by the police. He confirmed that Christopher just had a superficial head wound and a mouth injury before he got in the police van. That was what I needed to know.

Then I met Maggie and Andy, local socialists in Burnley. They pointed me in the right direction. It gave me the confidence to demand the truth about Christopher. I started speaking at meetings, getting support from trade unions. I realised there were other families in the same situation as me, people trying to live their lives and find out about something they should have been told from the beginning.

I saw so much grief and hurt. When I first saw the video of Christopher’s death, something really clicked inside me. I knew I was never going to let them get away with what they had done. The video drew it all together-everything they had tried to suppress jumped out at me.

They had just been trying to protect themselves. They had shown Christopher, me, the rest of the family no respect. I found out that Christopher’s body had been moved from Hull to Sheffield, so the doctor who saw him before he got into the police van couldn’t compare the injuries he had when they took him out. Then my other brother was arrested by eight police officers and charged with affray. I was so enraged.

I phoned the Home Office and told them to keep away from my family. Around that time I met Jack Straw, who was home secretary. It was my first experience of meeting a politician like that, but I just felt he wasn’t going to be any good. Then there was the inquest. The police were trying to put the blame on anyone they could. They pointed the finger at the ambulance service. They tried to charge the boy who attacked Christopher that night with murder.

But the court of appeal found there had been “evidence of police deceit” in his case. All through the inquest the police stereotyped Christopher and the whole family. But the jury, ordinary people, saw through it all. They said Christopher had been illegally killed. The police were sick.

The police tried to do what they did to Roger Sylvester’s family. They lost the inquest and then appealed. But in our case the judge wouldn’t let the police appeal. The Crown Prosecution Service (CPS) had charged the police with misconduct. Every time the police were asked anything they said they couldn’t answer because a criminal case was pending.

We found a pathologist and a heart specialist who said Christopher died because he couldn’t breathe because of the position the police put him in and because they didn’t help him.

So the CPS had to charge the officers in question with manslaughter. But they had spent four years getting conflicting medical evidence. They argued that all evidence of racism, the monkey noises heard on the tape while Christopher died, should be ruled out.

So the judge directed that they should be acquitted. I was devastated but I have moved on. I am still here, still fighting. The TV programme last week shocked thousands of people. I have had so many messages of support-so many radio phone-ins expressed sympathy for us. I am due to speak to black firefighters, to a black police officers’ association, to a TUC black workers’ group.

I am demanding a public inquiry, nothing less. David Blunkett is talking about an Independent Police Complaints Commission inquiry. But we have done all that. They won’t have any more powers than the Police Complaints Authority did.

They go on about learning together for the future. How can we learn for the future if no one will admit the past and demand to know what went wrong? I want an inquiry that has the power to make the police officers who were there that night answer questions.

David Blunkett has the power to do this-why doesn’t he get on with it? I see people in authority, high up in the legal system, differently now. How can they tell us how to behave when they behave like this? I only respect people who respect me and my family.

I am standing as a candidate for Respect. I don’t want this campaign to be a single issue, a black issue. I believe in unity, in us all standing up for each other. 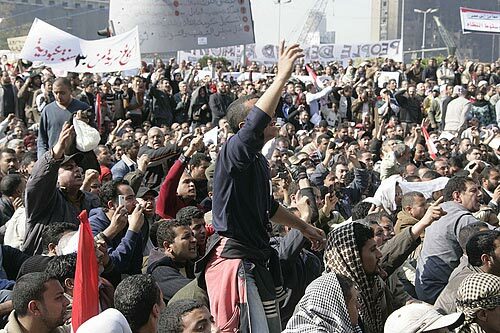