This article is over 8 years, 9 months old
Could Iain Duncan Smith really get by on £7.37 a day? The smug architect of the government’s welfare reforms insists he “could if I had to”. Socialist Worker and benefit claimant Paul went to his mansion in Swanbourne, Buckinghamshire, to find out
By Dave Sewell
Downloading PDF. Please wait...
Tuesday 09 April 2013

We could almost smell the wealth as we walked up the drive, with the house’s extensive grounds to our left and right. No one answered the door when we knocked.

Maybe there was someone in, but they didn’t hear us from one of the more distant wings. And there were so many windows we could easily have missed someone looking out and waving at us.

As the Daily Mail launched its vilest-yet attack on welfare claimants, the paper had sold out at a local newsagent. Paul says the reality of life on benefits is very different to what both that paper and the minister want us to think. 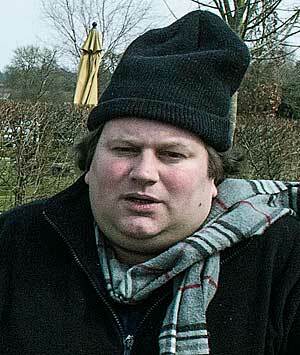 “I can barely live on what I get from benefits,” Paul told Socialist Worker. “I don’t eat proper meals and I never buy clothes. I’ve got bills, the bus, the rent and the council tax to pay for and it doesn’t leave much for food.”

Paul is on Employment Support Allowance because his health is so poor he can’t hold down a full time job.

More than half of his benefits are swallowed up before Paul even gets to think about feeding himself.

Paul had previously been a carer to his parents in the years before they died.

He has beaten cancer and continues to battle sciatica, which sometimes makes it difficult for him to walk. Paul also suffers from depression.

“I’ve been through a lot,” he told Socialist Worker. “My parents worked all their lives, my dad was an RAF pilot in the Second World War.

“But it was tough for them to get a bit of dignity in their old age—often the system just saw them as a cost.”

Now Paul’s own right to dignity is under attack, from both the benefit cuts and the vicious scapegoating that accompanies them.

“The high cost of living these days means I don’t really have a quality of life,” he said.

“It’s as if people like me aren’t expected to have a life at all.”

Paul’s budget starts with £71 a week. His bedsit is small enough to escape the bedroom tax, but it still swallows up a big chunk of his income.

The gas bill is around £150 a quarter, plus about £80 for electricity.

“With the freezing weather we’ve been having I’ve had to have the heating on more or less permanently,” he said. “If I get too cold some of my health problems flare up.”

Taking these costs into account brings his income down to £43 a week.Although Paul’s rent is nominally covered by housing benefit, he still has to make a £6 a week contribution. The council tax benefit cut will take about another £2.50 a week.

‘Claimants need to travel too. They can be penalised if they don’t show they are doing everything they can to look for work’

The 17th century mansion where Iain Duncan Smith lives rent free is worth more than £2 million. It is owned by his father in law, the Baron Cottesloe.

Its sprawling grounds include gardens, a car park, a tennis court and a swimming pool. It has numerous extensions full of bedrooms—at least five, according to locals.

But he hasn’t published any details of how much it costs to light, heat and keep clean, let alone maintain the gardens or count the bedrooms.

The nearest train station to Swanbourne is ten miles away in Bletchley.

There’s a bus, but it only runs once a day. Local cabbies say the ministers’ aides have to complete their journeys by taxi.

Benefit claimants need to travel too. JSA claimants can be penalised if they don’t show they are doing everything they can to look for work.

And regular medical appointments are essential for claimants like Paul. 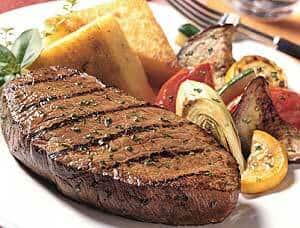 “I can’t afford to get the tube,” Paul told Socialist Worker.

“I get a weekly bus travelcard. But it’s not easy getting a bus when you’re unwell.

“Often I don’t get a seat, and when my sciatica flares up I am practically dragging my left leg behind me.”

Some housing associations and supporters of the government have encouraged claimants to cut back on travel or to give up a phone to survive the benefit cuts.

But no one has explained how a job seeker will get an interview without them.

“I don’t see how anyone can argue a mobile phone isn’t a necessity,” said Paul. “I’d be very isolated without it. Because of my health problems I sometimes need to get a relative to come around and help me.”

‘Like most land around the village, the only pub is owned by Duncan Smith’s family. They even named it after one of their own’ 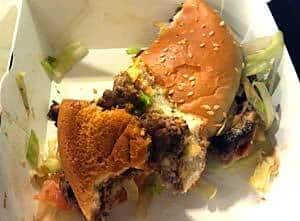 Paul is left with £4.28 a day after his fixed expenses—even less than the £7.27 Iain Duncan Smith claims is enough.

It would be quite a stretch for the minister, who once claimed £39 in expenses on just one breakfast.

That would have left him just £14 for the rest of the week.

“The money that’s left isn’t just for food to get you through a day,” said Paul. “I need to keep my place clean.” Essentials like toilet roll and washing up liquid don’t pay for themselves.”

Many claimants find it impossible to fund a healthy diet on this budget. There are now 40 food banks in London, providing food to 34,000 families over the past year.

Four years ago there were just six.

Some 95 percent of the capital’s teachers say they’ve had children come to school hungry, and more than half said they’d given food to pupils themselves.

“I never have proper meals any more,” said Paul, “except for the £2 burger and chips from McDonald’s. I have to last as long as I can on crisps and snacks.”

Duncan Smith, like all MPs, can claim a basic food allowance of £400 a month plus anything they find a receipt for.

And you’d certainly want a receipt for the grub at the Betsey Wynne pub in Swanbourne. Like most of the land around the village, the only pub is owned by Duncan Smith’s in-laws.

They spent more than £1 million building it and named it after one of their own.

A steak dinner with a bottle of wine here could easily take up the whole of Duncan Smith’s weekly £53.

The bar staff gave Paul short shrift when he asked what he could get for the £7.27 that Duncan Smith thinks could get him through the day.

Even a salad would break Paul’s daily budget.

People like Paul are already living below the breadline. The government’s changes to welfare this month turn the vice even tighter.

But he is keen to stress that he isn’t among the hardest hit. If Paul had a spare room, for example, he could say goodbye to another £13.20 a month.

“It’s very worrying how it can all be taken away,” he said.

“I’m on Employment Support Allowance now because I am sick, but the Tories are trying to push people off it.

“Once you are on Job Seekers Allowance the jobcentres have targets to try and stop your benefits. This means you could have literally nothing for weeks or months.”

The millionaire ministers who live in luxury at our expense make a cruel joke when they say we are all in it together. Their reforms take food from the mouths of those who already have next to nothing.

As Paul put it, “They’re trying every little trick just to stop us existing.”

Build the left for the battles that lie ahead