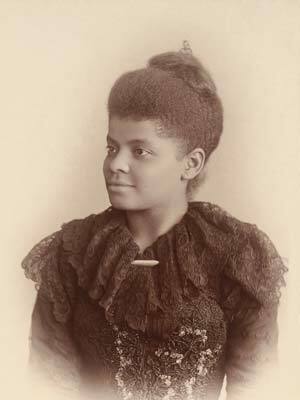 Ida Bell Wells was born a slave in Holly Springs, Mississippi, in 1862 at the height of the American Civil War. The town changed hands 59 times during the fighting. Her father was a trained carpenter, and got a lot of work rebuilding once the war ended. Her family did well after emancipation and under the period of Radical Reconstruction that followed the war.

Suddenly black people had the right to work and take part in politics, and Ida had the opportunity to receive a good schooling. But both her parents died in a yellow fever epidemic when Ida was 16. She became head of the household, working as a teacher to support her five siblings.

Across the Southern states landowners and capitalists saw the threat of black and white unity. The northern government, which had relied on black people to win its victory over the Confederate slave states, now withdrew its troops. By the late 1880s the 1866 Civil Rights Act had been repealed in most southern states.

Black men lost the vote and a lynching—unofficial hanging—happened almost every week. In her autobiography, Crusader for Justice, Ida recalled her first battle with authority over racism. As the gains of Radical Reconstruction were removed services in the south were segregated. In 1884 when she was 21 she refused to move to the black carriage of a train.

The ticket collector tried to physically move her. The young woman, less than five feet tall, resisted. “The moment he caught hold of my arm I fastened my teeth on the back of his hand. I had braced my feet against the seat in front and was holding to the back and as he had already been badly bitten, he didn’t try it again by himself. He went forward and got the baggageman and another man to help him and of course they succeeded in dragging me out.

“They were encouraged to do this by the attitude of the white ladies and gentlemen in the car; some of them even stood on the seats so that they could get a good view and continued applauding the conductor for his brave stand.”

She got off the train rather than sit in a segregated carriage and then sued the train company. She won the case and was awarded $500. The victory was overturned by the Tennessee state court on appeal.

The Jim Crow segregation laws were becoming established. The old rulers used terror to divide ordinary people and re-establish their rule. One of the most horrific methods was lynching.

Ida was deeply aware of the growing horror of lynching. In her diary for 1886 she wrote, “A coloured woman accused of poisoning a white man was taken from the county jail and stripped naked and hung up in the courthouse yard and riddled with bullets and left exposed to view.

“Oh my God! Can such things be and no justice for it?” She moved to Memphis to study at university part time and work as a journalist. She rapidly became editor of the black newspaper Free Speech. She exposed the lynching of three black men who opened a grocery store in competition with a white-owned one.

Fear of violence from the white establishment and press at her crusading stand on lynching led her to move to New York, where she wrote for the New York Age. But she kept campaigning. The usual justification for lynching was that it was the only way to stop black men sexually assaulting white women.

As in the examples given above Ida forcefully argued that lynching was not about rape, it was about control. Also, as part of the growing Jim Crow segregation legislation many states were intruding miscegenation laws that made sexual relations between different races illegal.

Ida wrote in The Red Record, “The Southern white man says that it is impossible for a voluntary alliance to exist between a white woman and a coloured man, and therefore, the fact of an alliance is a proof of force.

“In numerous instances where coloured men have been lynched on the charge of rape, it was positively known at the time of lynching, and indisputable proven after the victim’s death, that the relationship sustained between the man and woman was voluntary and clandestine.”

What’s more, rape was the accusation only in a third of recorded cases.

Ida saw the struggle for black rights and women’s rights as intimately related from her own experience. She was angered to find that some white feminists in the Northern states opposed black people having the vote. Frances Willard of the Woman’s Christian Temperance Union (WCTU) said, “I pity the Southerners. The problem in their hands is immeasurable.

“The coloured race multiplies like the locusts of Egypt. The safety of women, of childhood, of the home, is menaced in a thousand localities at this moment.” The WCTU was the main organisation arguing for the vote for women. Ida was most shocked in this case as both Willard’s parents had been abolitionists.

Ida commented that until her campaign forced them to modify their position the WCTU had been as “pulseless as a stone” over the horror of lynching. The early women’s rights movement had developed alongside the abolitionist movement but by the late 19th century the movements diverged.

Many leading women’s rights campaigners shifted their position. Elizabeth Cady Stanton moved from being a passionate abolitionist to worrying who would protect white women if black men had the vote. It was partly to undermine such racist stereotypes that Ida published her first pamphlet Southern Horrors: Lynch Law in All Its Phases.

In it she examined lynching reported in newspapers, the reasons given and the circumstances. Most of those lynched weren’t charged with rape—and women and children were lynched too.

Ida met British anti-racist radicals through Frederick Douglass the self-educated, ex-slave and campaigner for equal rights. She was invited to Britain on two “Anti-lynching tours” in 1893 and 1894 (see below).

Her work didn’t stop lynching. But as Philip Dray said in his history of lynching, “In an age when blacks were written about almost exclusively as a problem she had established lynching as a practice in which whites were the problem and blacks those in need of compassion and justice.”

Ida remained frustrated with the role of women, writing, “What is, or should be, a woman? Not merely a bundle of flesh and bones, nor a fashion plate, a frivolous inanity, a soulless doll, a heartless coquette—but a strong, bright presence, thoroughly imbued with a sense of her own mission on earth and a desire to fill it.”

Ida married black newspaper owner Ferdinand L Barnett. They met campaigning against the exclusion of black people from the Chicago World’s Fair in 1893. She was determined to keep working and took over the running of his paper.

Unusually for the time she kept her own surname, hyphenating it to Wells-Barnett. She remained an activist but was kept out of leading roles by her gender and uncompromising militancy.

In 1909 she went to the founding congress of what would become the National Association for the Advancement of Coloured People. She walked out because it would not make activism against lynching a priority, and was removed from the committee, though was later reinstated. She also helped the Brotherhood of Sleeping Car Porters, a key labour union, gain a foothold in Chicago.

In 1930, the year before she died, she was still active, standing for election in Chicago.

Spreading the fight throughout Britain

Ida wrote, “Well you know the English people are very undemonstrative. But I saw that their interest was intense. What I told them about Negro lynchings in the south was received with incredulity. It was new to them and they could not believe that human beings were hanged, shot and burned in broad daylight.”

This scepticism encouraged Ida to document the crimes in such detail in reports from southern newspapers so she could not be accused of exaggerating. She reported, “Everywhere I was received on a perfect equality with the ladies who did so much for me and my cause. In fact my colour gave me some agreeable prominence.”

Contemporary reports say that though she spoke quietly, audiences hung on her words. She spoke at the Pioneer club in Britain where the revolutionary Eleanor Marx was a member. Support for the campaign included dockers’ leader Ben Tillett and left wing MP Keir Hardie.

Not all commentators in Britain supported her. The Times newspaper, while claiming to oppose lynching, ridiculed the Anti Lynching Committee that she supported as “impertinent”. It repeated the lie that “the negro does something to justify such differential treatment by the frequency and atrocity of his outrages on white women”.

Crusade for Justice: The Autobiography of Ida B Wells

Southern Horrors: Lynch Law in All its Phases by Ida B Wells-Barnett

The Red Record: Tabulated Statistics and Alleged Causes of Lynching in the United States by Ida B Wells-Barnett 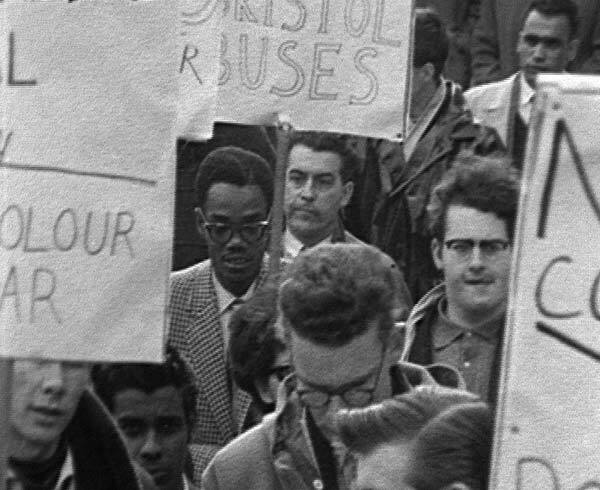 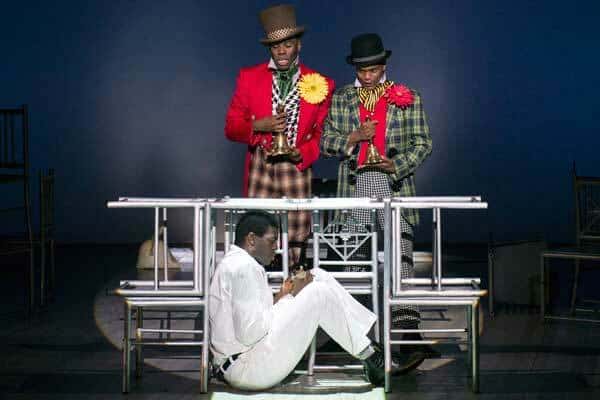