Imperialism will not bring peace

This article is over 20 years, 2 months old
Remember the military briefings and media headlines at the start of the war. All the talk was of \"smart weapons\"-supposedly infallible Cruise missiles and precision \"bunker-buster\" bombs.
Downloading PDF. Please wait...
Saturday 17 November 2001

Remember the military briefings and media headlines at the start of the war. All the talk was of ‘smart weapons’-supposedly infallible Cruise missiles and precision ‘bunker-buster’ bombs.

Within days US spokesmen abandoned even the pretence that the US was using ‘smart weapons’ and admitted it was dropping cluster bombs. These release 2,000 bomblets, many of which do not explode and so act as landmines.

‘Surgical strikes’ then gave way to carpet-bombing by Vietnam-era B-52 planes. Then the US deployed ‘daisy-cutter’ bombs, which were also used to pound rural areas in Vietnam. Last week came the admission that the US was using ‘fuel air explosives’. These create firestorms and have the effect of ‘mini nuclear bombs’, according to the West’s own military experts when they described Russia’s use of them in Chechnya two years ago.

And the Northern Alliance ground offensive has meant more destruction. It is not a ‘clean alternative’ to bombing.

It has gone hand in hand with the US bombarding retreating Taliban forces on the Salang highway, as it did when it killed thousands of Iraqis on the Basra to Baghdad road at the end of the Gulf War in 1991.

The US state’s strategy rests upon reigniting civil war in Afghanistan. It means supplying, working with and then rewarding the most brutal murderers and the most ruthless military commanders. There were already reports at the beginning of this week of massacres by Northern Alliance forces every bit as savage as anything the Taliban have been held responsible for over the last five years.

‘We know this is happening,’ said UN official Stephanie Bunker on Monday, ‘but we don’t know the scale, nor the details.’ The rival forces of the Northern Alliance fought each other and groups based on the Pashtun-speaking people in the south of Afghanistan after the pro-Russian government collapsed in 1992.

The fighting led to 20,000 people killed in one week in the siege of the capital, Kabul. It meant massacres of one group by another, often motivated by ethnic hatred. And it led to the division of the country as rival military leaders tried to set up their own fiefdoms.

Ongoing war led to the deaths of over 1.5 million people in Afghanistan between 1979 and 1994. Over six million fled the country as refugees. Yet the US-led war on Afghanistan has deepened the division in the country and laid the basis for yet more conflict.

It comes after the US government poured billions of dollars of military aid behind the resistance to the Russian occupation in the 1980s and then cut off aid in the 1990s.

Bush and Blair are twisting the knife into the people of Afghanistan. Yet not one of the people they say were responsible for the hijacking of planes on 11 September came from Afghanistan. Most of them came from Saudi Arabia, an ally of the West.

The horror the US has brought to Afghanistan does serve a purpose-it is about asserting US power across the region and across the globe. That is why even before the Northern Alliance entered Kabul the US military and politicians were considering their next target-and looking particularly at Iraq. In these eight pages we put the arguments against the war, attack the hypocrisy of Bush and Blair’s policy, and argue for the socialist alternative. 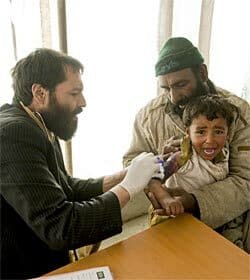 The West's imperial disaster in Afghanistan

Obama's new strategy as the US faces defeat in Afghanistan 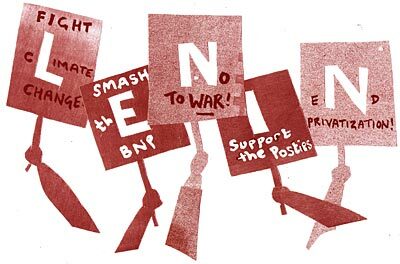