Protests exploded onto the streets of Iran at the end of December. Thousands of people from the poorest sections of society have protested against poverty, unemployment and corruption.

Nick Clark spoke to two Iranian socialists, Nima Soltanzadeh and Massoud (not his real name) about what lies behind the protests – and what they mean for the struggle in Iran

How did the protests start and what is fuelling them?

Nima: The initial protest started in Mashhad. It’s the second biggest city in Iran, also a religious city. That was initiated by conservative hardliners who wanted to undermine president Hassan Rouhani’s government.

They said the government’s economic policies have not benefited the poor, using the kind of populist rhetoric we’ve always had in the Islamic Republic. But that small protest was taken over immediately by people looking for an opening to voice their own frustrations.

So the demonstration grew larger and the slogans targeted the supreme leader Ali Khamenei and Rouhani.

From there the protests spread to nearly 70 cities, mainly in provincial areas.

Massoud: At the basis of the protests is very broad dissatisfaction with the economic situation—rising prices, and the bankruptcy of some financial institutions. There is a broad sense of disillusionment and pessimism among the young generation about their future.

Students at Tehran university chanted, “Bread, labour and freedom”. The young generation feels insecure. Even high school students look at their fathers and older brothers who don’t have jobs.

Before these big protests we had demos almost every week by people who had lost money in bankrupt financial institutions, or who have housing problems. We had strikes. The movement is an expression of this dissatisfaction. It is not completely new, but it is a new phase with new slogans.

Nima: The backbone of the Green Movement protests of 2009 was largely middle class, although others did participate.

Now we have the lower classes on the streets—and a particular marginalised group among them. These are really the protests of the forgotten. Mainly the unemployed, which is why the protests are mostly in small cities—the protests in Tehran have been quite small.

The backbone of the protests are young men in their twenties, because youth unemployment is around 30 percent officially. In some of these small cities it goes above 50 percent.

And there is the problem of climate change—agriculture has suffered drought. All that comes together and gets immediately politicised so the government and supreme leader become targeted.

In the budget two weeks ago lots of money went to institutions aligned to the conservatives and the clerics. Now people are raising the slogan, “Why are they getting money without paying taxes?”

People are also asking why is money going to Syria and war? This is actually not a bad slogan. It’s a kind of anti-war, internationalist slogan.

But there is a more negative side that is anti-Arab and nationalist. That’s reflected in slogans such as, “Not Gaza, not Lebanon—we give our lives for Iran.” But others raise the slogan, “Both Gaza and Iran—death to oppressors everywhere.”

Massoud: It is completely different to the Green Movement. This movement is a break with the regime and its factions.

Up until now the protests were conducted by a faction of the regime, so-called reformers. They didn’t allow it to become radicalised.

Now slogans have gone to the extreme—“Down with the Islamic republic. Death to Khamenei. Death to Rouhani.”

It is not surprising that the reformists have come out against this movement. Some very brazenly asked for its suppression.

US president Donald Trump and Israeli prime minister Binyamin Netanyahu have backed the protests for their own ends. What should the left’s attitude be?

Massoud: The regime is trying to attribute this movement to the US, Mossad, Saudi Arabia and monarchists.

Of course US imperialism, Saudi Arabia and Iran’s rivals are trying to take advantage of the situation. But it’s nonsense to say they control it. This is completely spontaneous.

It’s true that the Iranian regime has opposed US imperialism, Israel and Saudi Arabia. But this cannot prevent our working class from fighting for its own demands.

It’s unprincipled for the left not to support the protests. This just leaves it to the right to influence such a movement.

These are real working class people fighting. When you are silent or say you are suspicious, they put their hopes in the bourgeois opposition and imperialists.

When people see no left movement or left party in the world supporting them, they will depend on the right. This has happened in the Middle East frequently and it has been fatal to these movements.

Nima: The left has to take a side with those who are on the street, but definitely warn against the role of imperialism.

People are right to be disgusted by Trump’s offer of support for the protests. Trump has not been a friend of Iranians. Netanyahu and the autocrats in Saudi Arabia don’t have moral authority to side with people who want democracy, women’s rights etc.

Inside Iran the price of medicine has gone up because of economic sanctions enforced by the US. Sanctions have really hurt the Iranian economy and the majority of people.

Prices go up, unemployment goes up. Lots of industries have gone bankrupt.

But the US could hurt the protests by giving the conservatives in Iran the pretext that they are being driven by foreign powers. The majority of Iranians are very much attached to their national independence.

The Iranian Revolution was about gaining Iranian independence. They have gained independence, now they want to add social justice and democracy to it.

People were quite angry in Iran about Trump’s travel ban. The same is true for Saudi Arabia or the role of Israel.

These will definitely try to manipulate the protests. But it doesn’t give them any control over what is happening on the ground.

What future do you see for the movement?

Nima: The crucial question is whether larger segments of the working class will join. In the last six months we’ve had protests by bus drivers, by teachers. By retirees who didn’t get their money and people who lost money because the banks went bankrupt. These protests built on that anger.

The problem is the majority of Iranians are not joining the protests yet. So we have to see what happens next.

Massoud: The protests have caused a serious problem for the regime. But we know this was completely spontaneous and without organisation.

The regime has mobilised a big machine of repression. The current wave of protests might not last a long time.

The regime may temporarily suppress the movement. The energy may be depleted for a short time. But the economic crisis still exists.

Even when this movement stops, there are still campaigns of the unemployed and against the bankrupt financial institutions. This movement gave new courage to people that they can stand against this regime.

The crisis in Iran is deeply rooted. Its origins stretch back to the outcome of the Iranian Revolution in 1979.

The revolution saw masses of ordinary people overthrow the Shah of Iran—a dictator and key ally of the US. Iranian society under the Shah was vastly unequal. Abject poverty existed alongside fabulous wealth.

But a slump in 1977 led to protests of thousands of slum dwellers against the Shah. Over time these protests spread and became a mass revolt involving strikes, workers’ councils and insurrection.

Yet there was a battle for leadership of the revolution. The cleric Ayatollah Khomeini, representing a section of the Iranian middle class, installed himself as head of state.

He opposed the workers’ councils and called for “national unity” across classes against the US. The Iranian left broadly went along with this—others were murdered.

The overthrow of the Shah was a blow to imperialism, but now Iran was isolated. Iran’s new ruling class needed greater control of the economy to prevent economic collapse.

It also needed to fund a war against Iraq which under Saddam Hussein—armed and funded by the US—invaded Iran in 1980.

Vast sections of the country’s industry were nationalised and run as capitalist enterprises on behalf of the state. The economy became dominated by state-owned monopolies.

There was a new welfare system that benefited millions of people, as well as spending on healthcare and education, price controls and subsidies for essential goods. But there was also the rise of a new, rich ruling class linked to the state-owned industries.

The war against Iran was drawn out, destructive and bloody. Hundreds of thousands of people on both sides were killed. The Iranian government survived but after the war ended in 1988 it looked towards the free market to “open up” Iran’s economy.

This involved privatisation, cuts to subsidies and opening up the economy to foreign investment.

Iran’s ruling class split broadly into two factions—“reformists” who promoted the economic changes and improved relations with the West, and conservative “hardliners” linked to the old economy.

Yet much of the privatised industries were bought up by people or institutions linked to the state including the military Iranian Revolutionary Guards Corps.

Iran’s reformists gathered support by promising that their reforms would lead to economic growth, higher wages and more jobs. Yet while Iran’s ruling class grew richer, ordinary Iranians lost out.

Workers faced cuts to subsidies and benefits while relaxed labour laws worsened their rights and conditions.

Meanwhile plans to “normalise” relations with the West failed. After Trump’s election the US abandoned a closer relationship with Iran in favour of more sanctions and confrontation.

And Iran’s interests in the Middle East, which include expansion into Iraq and Syria, bring it into conflict with the West. Today the Iranian government’s promises to ordinary people look increasingly empty.

As Nima told Socialist Worker, “In the last few years we’ve had small protests such as sit-ins in front of parliament. We’ve also had repression.

“Part of the anger has come out of the high expectations for change when Rouhani was elected in 2013. His election opened up the space for protests and people stepped in to make use of that.” 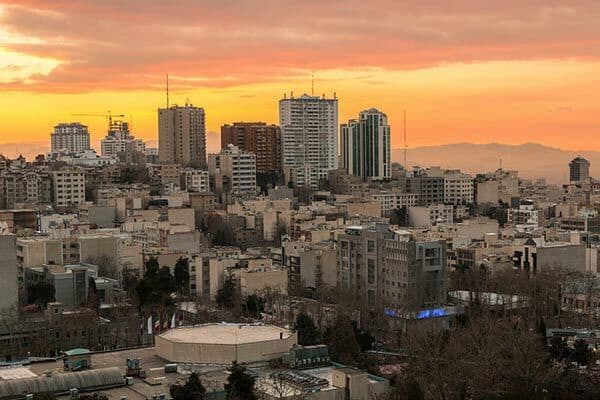 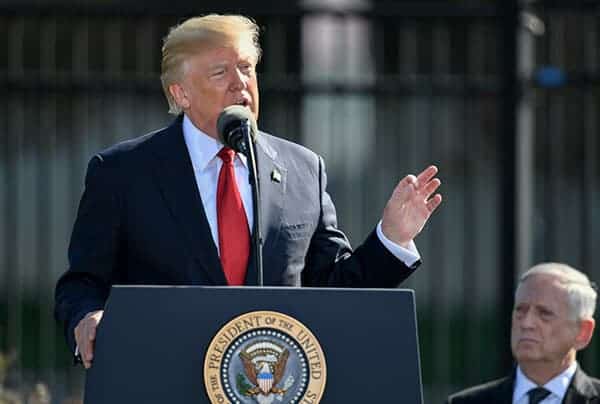