This article is over 15 years, 6 months old
In the final column in our series Grace Lally looks at the divisions in the Irish movement
Downloading PDF. Please wait...
Saturday 01 July 2006

James Connolly, the Irish revolutionary socialist executed for his part in the 1916 rising, said that partition of Ireland would produce a “carnival of reaction North and South”.

The division of Ireland between a Protestant dominated North and a Catholic dominated South would drown out any form of class politics. Connolly was right, though it was far from a smooth process.

Northern Ireland was a sectarian state. James Craig, a Unionist prime minister, said it was “a Protestant state for a Protestant people”.

The new southern Irish state was divided from birth. Its ruling class had been split on whether to support the war of independence.

The civil war that followed the signing of the treaty with Britain in 1921 began a struggle over the nature of the new state.

When the civil war ended in 1923, there was still considerable support for the more radical wing of Sinn Fein and the IRA. But this movement was itself split.

In 1926 Sinn Fein leader Eamon de Valera broke with the party to found Fianna Fail. The IRA as a whole broke its connection with Sinn Fein in order to continue the military campaign.

By the mid-1930s the ruling class looked to Fianna Fail to serve the interests of capitalism.

Fianna Fail pitched itself as the representative of the small farmers and workers. It came to power in 1932 on a pledge to end land annuity payments to the British government, which was a demand first popularised by the left.

At the same time it reassured the establishment that its opposition to the remnants of British rule would not be matched by support for anti-capitalist movements at home.

De Valera and his supporters consolidated their position through a commitment to reactionary social policies. The Irish constitution in 1937 enshrined the special role of the Catholic church in the Irish state and the divine rights of private property.

But there was another trend in Republicanism. The IRA was increasingly influenced by left wing ideas, although the leadership’s support often owed more to pragmatism than to conviction.

Many Republicans argued that they had lost the civil war because they had lacked a social or economic programme.

At the time the jailed IRA leader Liam Mellows argued that the adoption of a social programme “was essential if the great body of workers are to be kept on the side of independence. This does not require a change in the outlook on the part of Republicans or the adoption of a revolutionary programme as such.”

It simply meant recognising that “whether we like it or not” there was nobody to fall back on but the working class. This was not so they could advance workers’ power, but rather so they could achieve the republic.

Others went much further. A generation of some of the staunchest Republican fighters began to move to the left.

Political initiatives such as Saor Eire were promoted by left wing IRA members such as George Gilmore, Peadar O’Donnell and Frank Ryan.

In 1934 the Republican Congress movement appeared in Ireland. Impressive support for the new organisation came from militant trade unionists and republicans.

Branches were quickly established in the North, which included hundreds of Protestant workers. The new movement would combine opposition to the British empire with opposition to capitalism.

They joined a Wolfe Tone commemoration in the South in 1934. On the banner of the Protestant Shankill Road branch from Belfast was written “Break the connection with capitalism”.

The IRA leaders ordered their men to cordon off this contingent and prevent them from unfurling their banners. This led to fighting and the Belfast contingent fought its way through to lay a wreath on Wolfe Tone’s grave.

This magnificent spirit was lost to the Republican Congress after the Rathmines congress that year. The movement adopted the disastrous perspective that the national struggle had to be the priority.

That meant the movement looked to conservative nationalists rather than seeing the working class as the key to social revolution and the destruction of sectarianism.

The Republican Congress pushed republicanism to its limit, but did not break from it.

But the mass struggle showed that the empire can be beaten and began the development of strategies that connected the battle against imperialism with the struggle to overthrow capitalism. 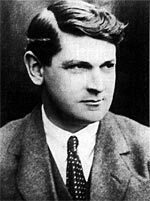