This article is over 1 years, 4 months old
Rapper Akon plans to build a new city where black people can escape racism. But, as Yuri Prasad writes, any system based on riches for a few means oppression will remain
Downloading PDF. Please wait...
Sunday 06 September 2020

There’s a moment in the Marvel film Black Panther when the camera pans upwards to reveal Wakanda in all its glory—a hyper-modern, black state in Africa’s future.

The gleaming capital city reflects the hidden country’s power and prosperity, its technology light years ahead of its competitors.

Okoye, the head of court security, gazes out upon it all and says simply, “Home.”

For the millions who saw the film, it is a wonderful vision of a dynamic black future.

A key part of Black Panther’s global appeal was the way it imagined Africa.

It was not the devastated and desolate landscape so often presented to us on the TV news.

Instead it was at the ­cutting edge of human ingenuity, and black people were at the helm in every sphere of life.

These themes have clearly influenced Akon, the Senegalese-American rapper, musician and media mogul. He’s planning a £4.5 billion “real-life Wakanda” in the country he grew up in.

He hopes it will be built by 2023 and become a “home back home” for black Americans and others facing racial injustice.

The Senegalese authorities couldn’t be happier.

The prospect of such a large investment is tantalising in a country largely starved of funds.

They sent ministers this week to join him at grassy fields 60 miles outside the capital, Dakar, to show journalists where the city will be built.

But there are deep problems with Akon’s vision.

The picture he paints resembles nothing so much as a giant playground for the rich, as if present-day Dubai were rebuilt on Africa’s Atlantic coast.

It will feature luxury ­apartments, a beachfront resort, offices, parks, a university and a hospital. All of which, Akon says, “may be an hour flight, two-hour flight from anywhere in Africa”.

This island of prosperity will sit in the Senegalese countryside, where only 44 percent of households currently have electricity.

The farmers who currently grow crops on the land will be relocated elsewhere, and doubtless rewarded for their sacrifice.

The singer said the result will be “very, very African”. But models of Akon City show something close to the glass towers and steel structures that litter every corporate skyline—from Johannesburg to London and beyond.

Perhaps that is because the architect hired to sketch out the first renderings is Hussein Bakri, based in Abu Dhabi.

But Senegal’s dry winds and intense heat mean glass ­buildings are useful only as greenhouses of the kind used to produce its giant strawberry crop.

“The images he is publishing—there is no consideration for anything related to Senegal, to our climate, to our materials, to our needs,” said Dakar architect Mamy Tall. “I really hope it’s a big joke.”

Akon is trying to tap into the growing feeling of alienation that many black people feel about the way they are treated in America.

He offers them the prospect of a life where you are not defined by skin colour prejudices, but instead the size of your wallet or your purse.

The prospect also appeals to the growing ranks of the African rich who want to enjoy their wealth with Instagram-ready backgrounds for every shot posted.

But the black capitalism that Akon espouses has little to offer the overwhelming numbers of black people in Africa who are poor because capitalism made them that way.

Who will be serving and cleaning in Akon City? Who will deliver the high end goods to the luxury apartments? Who will be working in the hospital beyond the doctors? The answer, of course, is the black poor.

For every millionaire drinking a seaside cocktail, there will be scores of others living in shanty towns outside Akon city trying to scrape a living. Just as there are on the edges of cities across Africa, Asia and Latin America.

How is Akon City a vision of black liberation if the majority of black people there are being oppressed by the rich?

The project is meant to create a lot of jobs for local people, who currently earn on average around £150 a month.

Akon says he wants to do something about that.

But it seems low wages and cheap land is a prime motivator for the project’s financial backers.

Derek William of the American construction giant KE international, which is building the city, is effusive.

“It made a tremendous amount of business sense [to locate in Senegal],” he said. “In general, when you go into less developed areas, a dollar goes so much further.”

The Senegalese government is so eager to cooperate that it has already handed over 2,000 acres of land for free—and much more could follow.

And, to take maximum advantage of his creation, Akon has decided Akon City will use exclusively his own brand of crypto-currency—the Akoin.

That means every financial transaction will result in a kick back.

Africa already has ample experience of black capitalism. There are hundreds of thousands of black-owned businesses, banks and factories—and to accompany them, there are black governments and black instruments of state power.

The wealth gap in Africa allows some to live a jet-set life of mansions and top hotels while the majority barely have food to eat.

And any system based on exploitation must also depend on a system of control and coercion.

So when poor rise up, they are whipped and bludgeoned by black police.

Replacing white bosses with black bosses is no advance. Neither is swapping the complexion of the cops who beat back resistance.

The divisions that capitalism engenders among the poor are very much part of the system in Africa too.

The divide and rule policies of the imperialist empires of the 19th and 20th centuries are now articulated by the post-independence ruling class.

Just as before, they encourage continual conflict and rivalry as means of diversion.

So Akon says African-Americans must “move past slavery” and stop blaming “every mishap” on the past.

He is parroting the same right wing nonsense that Republicans use to deflect blame away from the racism that seeps from capitalist institutions.

Their collective veneration of the black entrepreneur finds an echo in a largely forgotten part of US president Richard Nixon’s “Southern Strategy” of the late 1960s.

In the wake of dozens of black ghetto uprisings came demands for proper funding of housing, schools, jobs and healthcare.

Nixon hoped to use black anger as a way of frightening white people, especially in the South, into voting Republican.

But he also sought to redirect black demands. “Much of the black militant talk these days is actually in terms far closer to the doctrines of free enterprise than to those of the welfarist ’30s,” he claimed.

“They don’t want to be a colony in a nation,” he said. “They want the pride, and the self-respect, and the dignity that can only come if they have an equal chance to own their own homes, to own their own businesses, to be managers and executives.”

Black people are themselves responsible for the oppression they face, and by focusing on success, they can find a way out it. Of course, this lets the government entirely off the hook.

In the name of “black empowerment” Nixon slashed funding for government programmes for everything from after school clubs to elderly care.

For many the slogan of “Black Power” was a call for revolution.

Nixon twisted it into its opposite—a defence of the establishment.

Akon’s dream of another African luxury seaside resort seeks to do much the same in the era of Black Lives Matter. 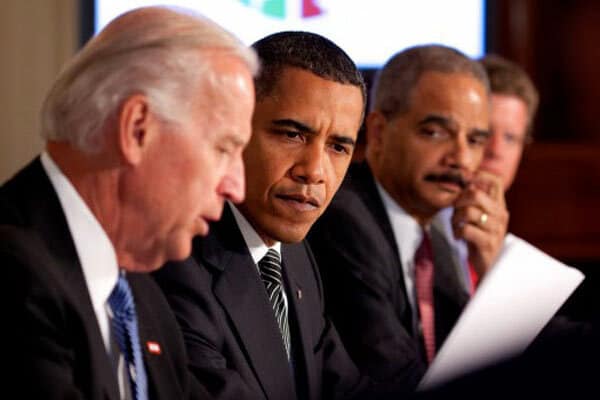 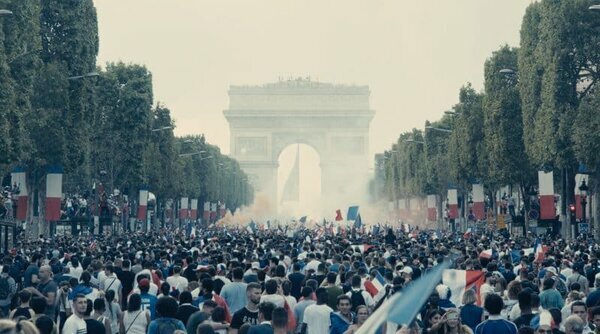