Is Allan Leighton running the Post Office or The Office?

Allan Leighton, the chairman of Royal Mail, combines a readiness to spout management theory bollocks with a steely readiness to wage class war. One minute he is like David Brent, the boss played by Ricky Gervais in the TV series The Office. The next minute he is a hard-faced axeman.

Leighton is heading management resistance to postal workers getting a decent pay rise. He likes to come over as ‘one of the lads’, impatient with union resistance but also understanding of why workers don’t like management bureaucracy. He says he isn’t a fat cat, and asks how many other top managers get just £30,000 a year.

But Leighton can happily take this ‘modest salary’ from Royal Mail (plus £165,000 bonus this year) for his two-day week because he has so much money sloshing in from elsewhere. He is a director of nine other companies. The press go mad if they find workers have time to do two jobs-remember all the propaganda against those firefighters who had to have an extra job to make ends meet? But it’s quite normal for bosses to have half a dozen ‘jobs’ or even more.

The combined base salaries of this clutch of directorships is around £750,000. But that’s only the tip of a much larger iceberg. Every year one or more of these firms comes up with a juicy bonus. Last year, for example, Leighton collected over £1.6 million from Bhs. In any case Leighton could work for free from now until he dies and still be fabulously wealthy.

He made a fortune from his reign at Asda, the supermarket giant. According to the BBC, Leighton collected £80 million when Wal-Mart bought Asda. The Labour Research Department added at the time, ‘Leighton has eight sets of options outstanding on a total of over 2.8 million shares. Leighton’s profit from these options will be £3,992,729.’

Leighton is a multi-millionaire who is slashing jobs, threatening a union and driving though harder work. It comes as no surprise that two years ago the Department for Trade and Industry also revealed that Leighton was a Labour Party member.

Talks rubbish – but he’ll put the boot in

POSTAL WORKERS across Britain are set to begin voting in a strike ballot next week, on 21 August. An additional ballot begins on the same day in London and the surrounding area over weighting payments.

Leighton wants postal workers to accept a 3 percent increase this year and 1.5 percent next year. As their present basic pay is £261.93, that means just £12 a week extra over 18 months. Managers say the settlement is really worth 14.5 percent.

But that is dependent on hitting near-impossible productivity targets, other offices in the area also hitting the targets, the abolition of the second delivery everywhere, fewer collections and 30,000 job losses. In other words, it isn’t going to happen.

Talks started on Monday between Royal Mail managers and Communication Workers Union (CWU) leaders in an effort to reach a settlement. But the bosses were taking a very hard line. Leighton raised the stakes last week when he sent out a letter to workers about the pay deal over the heads of the union.

It’s the sort of tactics that British Leyland boss Michael Edwardes used in the 1980s to push through mass redundancies. But there’s no reason why Leighton should get away with it. Postal workers are ready to fight.

Dave Johnson, a delivery worker in north east England, told Socialist Worker, ‘We have been promised by management that there is a ‘flight path’ to get £300 a week as basic pay. But we’re still well short of that, and would be with what’s on offer. We do a bloody hard job in all weathers, and the pressure is getting harder as the job losses bite. Around 10,000 have already gone, and I can’t imagine what it will be like if 30,000 go. I start at 5.06am and that is tough-not so bad now, but you try it day after day in December or January. We should get £300 a week now without any strings or job losses, and that’s what I want to see the union sticking out for. I don’t want a few pounds extra linked to even more productivity changes.’

CWU member Alan Forester says, ‘We keep being told how much the Post Office loses, but that’s because of its failed technology ‘modernisation’ and because postal prices are kept low as a subsidy to business. This is a low wage job, and at some point there has to be confrontation to get a transformation in how we’re treated. Last year we voted for a strike but it never came to a battle. Our leaders persuaded the majority to accept a rotten deal. I don’t think we’ll get justice without a fight.’

Postal workers need to organise for the ballot, and build the networks to fight Leighton and pressure their union leaders. Fran Choules, an Exeter CWU member, says, ‘We are arranging meetings in every office. That means 70 meetings around here. It is a big task, but we want to make sure we get a big yes vote to launch a powerful campaign.’

Another of Leighton’s mottoes for business leaders is ‘If your words don’t stick, you haven’t spoken’. For once this is a useful piece of advice-which the CWU leadership should make sure they implement.

It’s not just Leighton who gets astronomical sums. The most recent report and accounts show:

The Post Office has just handed 35,000 line managers a £2,000 bonus each. These people aren’t real fat cats, but the handout enraged workers. Mike Tomlinson, a London CWU member, told Socialist Worker, ‘I know Leighton and his like are the real enemy, but it also makes me furious that the bastard who orders me around has just been given enough for a lovely holiday. What did he get it for? For keeping me in line and treating me like a schoolkid. ‘And I can see the manager who orders me about.’

Special issue of the rank and file paper for postal workers now available. Includes all the arguments you need to win a yes vote in the pay ballot. PLUS voices from the shop floor, report from a recent delegation to Palestine, and much, much more.

The last issue of Post Worker is still available. It includes analysis of TDS, the mail centre review, pay, and statements from candidates for outdoor secretary. Order your copy – phone 07753 697 743. 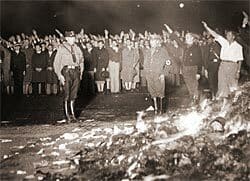