Is it ‘ideological’ or just a jolly good read?

This article is over 15 years, 6 months old
In the first part of our new series Sinead Kennedy examines the Marxist approach to art
Downloading PDF. Please wait...
Saturday 15 July 2006

if art reflects life,” wrote the playwright Bertolt Brecht, “it does so with special mirrors.” Here Brecht is complicating the traditional adage, “All art is a mirror to life.”

For Brecht the mirror is broken. It reflects images in fragmented form, at an angle to reality, and is as expressive in what it does not express as in what it does.

The remark that sums up much of what sometimes passes for Marxist criticism in the arts is, “A good work of art, is a work that is politically progressive.”

The difficulty with this approach is that many major writers of the 20th century – William Butler Yeats, TS Eliot, Ezra Pound, CS Lewis – were politically on the right.

Secondly, much modernist writing either does not easily yield to a political reading or rejects politics outright.

Karl Marx regarded art as essential to human life. He was deeply knowledgeable about many aspects of literature, from ancient Greek drama to the works of his contemporaries.

The German workers’ circle that he founded in Brussels devoted an evening a week to discussing arts, while Marx himself was an avid theatre-goer.

He also wrote poetry – badly – and worked on a novel at various points in his early life.

He described his own body of work as an “artistic whole” and was deeply sensitive to questions of literary style.

The appeal of art for Marx was to the eyes and the ears and not just to a philosophical, ethical or political intelligence.

Neither Marx nor his colleague Frederick Engels developed a systematic theory of art. So Marxist criticism has had to involve itself with more than simply restating cases set out by Marx. This has been the source of great debate for well over 100 years.

One problem that quickly emerged was that much of what passed for Marxist criticism was little more than an attempt to decipher the “ideological” content of a work of art.

But culture is more than just ideology. Any approach to art that views it as solely ideological will quickly become fraught with contradiction.

But neither is culture neutral. It does not stand outside society.

One of the dangers of Marxist criticism is that it can run the risk of highlighting the historical or social context at the expense of the art work itself.

Therein lies the challenge. Any Marxist critique worth its salt must attempt to appreciate a piece of art, while trying to understand the material conditions of its production and its relation to society.

Take for example James Joyce’s Ulysses, a novel that transforms how we understand the world.

Any Marxist reading has to be able to acknowledge the sheer force of Joyce’s writing, the wisdom and tragedy of his characters.

At the same time it needs to take into account Joyce as an Irishman, the Irish experience of colonialism, the barbarism of the First World War and the question of modernity.

The challenge for Marxists is to understand the complex relationship that exists between art and ideology. This is no easy task.

A crude Marxist reading of literature will see all art as ideology in an artistic form. Other Marxists have argued the opposite, that art challenges the ideology it confronts.

Neither position does justice to the complexity of the relationship.

I would argue that the best Marxist criticism allows in some way for both of these positions.

It seeks to examine an artistic work both in terms of the ideological structure of which it is part, and which it transforms as a work of art.

In other words, Marxist criticism at its best connects the artistic work to ideology while simultaneously creating a distance from it.

Sinead Kennedy is a lecturer specialising in Irish writing at Dublin City University. For her recent article on Samuel

Beckett go to Poet of pessimism or herald of resistance? 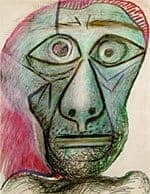