Is the Labour Party finished?

This article is over 12 years, 4 months old
Having spent the past decade attacking its own supporters, the Labour Party is now in deep crisis. Sadie Robinson looks at its prospects
Downloading PDF. Please wait...
Tuesday 29 September 2009

Elected on a wave of revulsion with the Tories in 1997, New Labour today is in crisis. The party faces wipeout at the next election. Opinion polls predict it could lose 17 of its 44 MPs in London alone.

Millions who hoped that Labour would be different are now asking questions – about why the party attacks ordinary people, what that shows about the nature of Labour, and whether the party has a future.

Talk of the “death of Labour” is premature – even if a Tory government is elected. The party could revive as a symbol of opposition and could even shift its rhetoric to the left. For people who are shocked by the scale of Tory cuts, Labour could become a beacon of hope, even if it maintains its right wing policies.

Part of the reason for this is the strength of reformist ideology. Reformism – the belief that capitalism can be improved to meet the needs of working people without the need for more radical social change – is common sense to most people, most of the time.

This is hardly surprising. The key institutions of society perpetuate the ideology of capitalism. The parliamentary system, schools and the media all present the world in a way that makes alternative ways of organising seem unrealistic, or worse, dangerous. The main reason why working class people accept reformist ideas has to do with their position in society.

Workers produce all of the wealth. But because they have no control over what is produced or what happens to it afterwards, rather than feeling like they are players, workers usually feel like pawns. Society becomes something that shapes them, rather than something they can shape.

Reformism flows from these feelings of powerlessness.

Because it raises confidence, workers’ self-activity – such as strikes and industrial action – is a key element in weakening the hold of reformism. The ideas it rests on can be broken down when we assert control over our lives.

When workers’ experiences don’t coincide with what they’ve been told, many will question aspects of the system. But some experiences, like big strikes or major campaigns, can lead people to question the system as a whole and push them to look to alternatives like socialism.

Nevertheless, even at times of mass struggle, people often still have contradictory ideas – on the one hand embracing new notions of militancy and solidarity, while as the same time continuing to hold on to old prejudices. Therefore reformist ideas won’t completely melt away. And even if workers are driven away from a reformist party, like Labour, this is not necessarily a wholesale rejection of reformism. It is for this reason that the Labour Party has been able to rebound from crushing defeats.

Is Labour different from the Tories?

The fact that Labour, the Tories and the Liberal Democrats are all united in demanding spending cuts adds to a general assumption that all the main parties are essentially the same.

But for all its crimes, Labour is not the same as the Tories. The party’s history and connection to the workers’ movement mean that despite its betrayals, millions of workers have seen it as their party.

Trade unionists and socialists formed the Labour Party in the early 20th century because they wanted workers to have a political voice. Much to the disgust of New Labour “modernisers”, the party retains a political and financial link to the trade unions.

And, unlike the Tories and Liberal Democrats, the Labour Party contains a few principled left-wingers who take up battles on the side of ordinary people.

But today’s Labour left is both small and politically weak.While it wants to push for left wing policies, it does not want to risk damaging the government.

Many on the left of the party share the pessimism that lay behind the creation of New Labour – that class struggle is a thing of the past. They believe the left must “modernise” if its ideas are to get a hearing.

Many former left wingers have found that rather than changing the party, they are changed by it. Those like Labour’s deputy leader Harriet Harman, who were once proud to stand on picket lines, can become cheerleaders for the most horrendous attacks on workers and the poor – particularly at times of economic crisis.

Was Labour better in the past?

Labour’s history of attacking the working class did not begin with Tony Blair. New Labour represents a serious shift in ideology from Old Labour, but it doesn’t represent a fundamental break. It is true that New Labour has enthusiastically embraced neoliberalism and the idea that big business can run society more efficiently than the state. Its attacks on jobs, pensions, welfare provision and services are a direct assault on its own core supporters.

Yet so-called “Old Labour” attacked workers too. Within a few years of heralding the birth of the welfare state, a Labour government began rolling back its reforms. The 1948 budget froze wages and changed tax rules to benefit the rich. The prescription and dental charges that were to undermine the NHS started as ideas under Labour.

Labour prime minister Harold Wilson responded to a financial crisis in the 1960s with cuts to wages and spending on health, housing and pensions. His government worked with the security services to break a strike by the National Union of Seamen.

During the economic crisis of the 1970s, it was a Labour government that slashed pay and spending and created the demoralisation that was a pre­requisite for the election of Margaret Thatcher’s Tory government in 1979. And, to the shock of many on the left, it was precisely the link between the party and the workers’ movement that allowed Labour governments to get away with it.

The leaders of the trade unions would greet the announcement of every new assault with the cry, “however bad this is, it would be worse under the Tories”.

Why does Labour attack workers?

Surely if the government rejected bosses’ demands for cuts and instead implemented policies that people actually want, it would stand more chance of being re-elected?

Most people who have voted Labour in the past are opposed to policies that allow the rich to get richer at the expense of the poor. They want to see an end to privatisation and war, and support greater funding for services like health and education.

So why does Labour continue to attack them? The answer to this conundrum lies not only with the free market ideology that Labour has so wholeheartedly adopted. It lies in the very nature of the Labour Party itself – and the nature of capitalism.

Labour was formed by the trade union bureaucracy. It is a reformist party that accepts the constraints of the capitalist system. Crucially, it believes in the concept of a “national interest”. In reality this means that the profits must come before people, and that what’s good for big business is good for us all. Past Labour governments that have attempted to resist this pressure have quickly found that power lies not with parliament, but with the ruling class – those who own the factories and workplaces and run all of the major institutions of society.

On the rare occasions when Labour has tried to challenge this power, it has backed down under pressure.

In the mid-1970s Labour cut business taxes after bosses caused a crisis by moving their money abroad and caused the value of the pound to collapse. Having learnt its lesson, the government set about making workers pay for the crisis with the biggest assault on living standards since the Second World War.

Progressive reforms, like the welfare state and the NHS, can’t simply be explained by looking at which party introduced them. Sometimes even the most profit-hungry capitalists will support reforms they think they will benefit them – or ones that could prevent social explosions. In boom times, more reforms may be possible. But accepting the logic of capitalism means that, in times of crisis, Labour will advocate sacrifices.

What should the left do?

New Labour will likely lose the next election – not because most people want David Cameron’s Tories in power, but because they are so disgusted with Labour that they can’t bring themselves to vote for the party any more.

Building resistance to the attacks – whether they come from a Labour or Tory government – is crucial to defending our living standards. But is also key to revival of working class confidence necessary to both break the hold of reformism and fight for a system that does not fail the majority. 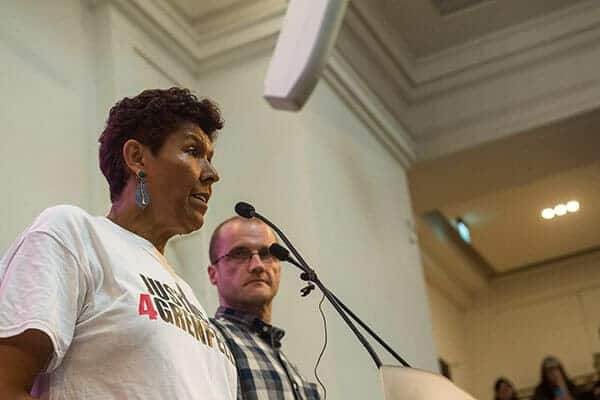