Is the US now unstoppable?

This article is over 18 years, 9 months old
After the war on Iraq, hardliners in the US are already threatening Syria. But can the US get things all its own way?
By Kevin Ovenden
Downloading PDF. Please wait...
Saturday 19 April 2003

THE WARMONGERS in the White House feel flushed with success. The most hardline are already threatening to extend the slaughter they have inflicted on the people of Iraq to other states on George Bush’s ‘axis of evil’. They always said toppling Saddam Hussein was a stepping stone in a permanent ‘war on terror’.

John Bolton, senior adviser to George Bush, chillingly warned Iran and North Korea last week to ‘draw the appropriate lesson from Iraq’. William Kristol is a guru of the Project for the New American Century, the main lobby group for the neo-conservative fanatics who now direct the US state.

He told US senators last week ‘not to rule out’ war with Syria. Colin Powell and other figures in Bush’s regime have already suggested Syria is harbouring the elusive ‘weapons of mass destruction’ that have so far failed to materialise in Iraq. Former head of the CIA James Woolsey is set to be one of the US-installed governors of a slice of Iraq. Last month he called for Iraq-style regime change in Saudi Arabia.

Global instability The anti-war movement argued the war on Iraq, and before it on Afghanistan, was part of a deeper project to establish unchallenged global domination for the US and its multinationals. Now those who have been pushing for a decade to occupy Iraq scarcely veil their wider aims.

But they do so just as the global instability they have unleashed grows to such an extent that it is creating cracks even among the architects of the new American century. There was never any doubt that the biggest war machine in history would overwhelm Saddam Hussein’s Ba’athist regime.

Even so the initial resistance to the invasion shocked US generals who had been ordered by US defence secretary Donald Rumsfeld to go in with half the number of troops they had asked for. There were no armed uprisings paving the way for US tanks to trundle unopposed into Baghdad.

But the Ba’athist regime was in no position to organise mass popular resistance to the invasion. It had to rely on functionaries of the regime and on Iraq’s depleted, ill-equipped army. After years of collaboration with the US and of repressing the mass of the population it could not turn to, for example, the two million residents of the largely Shia slums of Baghdad to defend the city. One widely reported comment from ordinary Iraqis was that ‘Saddam Hussein is a CIA agent’.

Those Iraqi exiles who returned to fight said they were there to oppose the US not to defend Saddam. For Saddam Hussein, encouraging truly popular resistance risked unshackling a force that could threaten his rule as well the US invasion. Mass sentiment in Iraq against a return to colonial-style domination continues. It colours the complex power struggle between different Iraqi factions. And it creates a big problem for the neo-conservatives in Washington.

Growing opposition One wing, concentrated around Donald Rumsfeld and the Pentagon, believes anyone in their right mind the world over will spontaneously rally to the Stars and Stripes and embrace US-policed corporate capitalism. They see little problem in establishing a pro-US regime in Iraq which will ally itself to US corporations and Ariel Sharon’s Israeli state.

But others, centred on the US State Department, recognise the anti-imperialist feeling across the Middle East and know they could have to station large numbers troops there for a long time to come. One of the self-deluded Rumsfeld hawks, Ken Adelman, was flummoxed on Newsnight recently when he said he wanted democracy across the Middle East.

An Arab ambassador pointed out that if the authoritarian regimes were replaced with popular governments it would mean greater opposition to US interference and to domination by the multinationals, not less. The new US presence in Iraq means it is pitting itself directly against growing radicalism among the mass of Arab workers and the poor rather than relying solely on Arab autocrats to contain that feeling.

And the US has not had to deal face to face with a popular anti-imperialist movement since Vietnam. The feeling is not confined to the Middle East. The war and occupation of Iraq are immensely unpopular the world over.

From Latin America, through Europe to the Far East the great mass of people oppose what the US is doing, whatever their governments say. That has fired the extraordinary global anti-war movement.

For all the bluster about liberation, today is not like the 1950s and 1960s when Western Europe and some of its former colonies willingly came under the US umbrella while the world economy boomed for a generation. Today people see rule by the International Monetary Fund and World Bank backed up by increasingly aggressive US militarism.

Tensions at the top For their own reasons rulers of many states also fear what the US neo-conservatives have in store. Leaders of so called rogue states (any small state that the US sees as a potential localised challenge) have everything to fear.

There’s pressure on them to fall into line. But the North Korean regime has outlined a different option, which is at least as likely. The lesson it has drawn from the Iraq war is that not having nuclear weapons leaves you open to attack.

However, building such weapons – as Pakistan and India have – gets you some respect from the mafia don in Washington. One wing of the Iranian state thinks the same. The prospect of a war on the Korean peninsula – the last one cost four million lives – is so hideous that the US faces unprecedented opposition in its traditional ally, South Korea.

The neo-conservatives’ plan has created a breach with other US allies. France and Germany have been worried about US power. That is why they wouldn’t endorse the war and why some of their leaders talk about constructing a counterweight to the US. The documents of the Project for the New American Century call for containing not just ‘rogue states’ but every state that could be a ‘potential challenger’ to US military and economic power.

Top of the list is China, but the neo-conservatives have welcomed the opportunity to launch a swipe at the European Union in the course of the Iraq war. All these tensions are growing just as the world economy is slowing down. The neo-conservatives want to keep the ‘reconstruction of Iraq’ in US hands. But there are already doubts about whether the US alone can put in the cash now, in the hope of a big return at an unknown point in the future.

The US has the largest economy in the world, but it is not in the overwhelming position it was in the 1950s and 1960s. The European Union lacks an integrated military machine, but its economy equals the US’s. Part of the neo-conservatives’ imperialist strategy is to use US military power to lever economic advantage.

That is fraught with danger. It means clashes not just in the US’s ‘sphere of influence’, as during the Cold War, but across the globe. It means relying on an influx of cash, principally from East Asia, to fund the huge debts George Bush is running up to maintain military dominance and featherbedding for US corporations.

Crucially, it means creating the conditions on every continent for mass popular resistance to militarism and corporate power. At the start of this war the New York Times said the anti-war movement showed there is not one superpower in the world, but two – ‘the US and world public opinion’.

Bush and his bag carrier Tony Blair have shown their contempt for public opinion. But their more sober advisers are already worried that the anti-war movement signals a move from strongly held opinion to vigorous, militant and global resistance.

Arundhati Roy speaks from the World Tribunal on Iraq 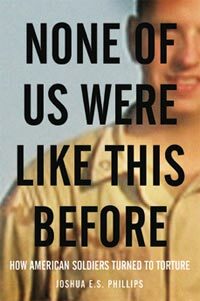 None Of Us Were Like This Before: A system of torture that destroys lives and minds

An Iraqi reveals how he forged an oil for food list 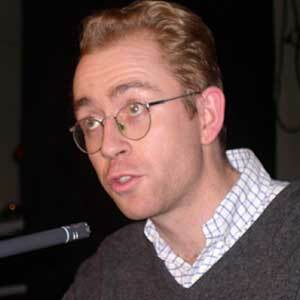