Is the West better than the rest?

The post-colonial order of feudal monarchs and ­military dictators is crumbling across North Africa and the Middle East, shaken by mass protests. “But only a Prozac-addicted optimist would put money on the emergence of anything resembling Western‑style democracy from the current ­revolutionary upheaval,” according to historian Niall Ferguson.

Like most ruling class intellectuals, events have forced him to recognise the long-denied power of “the Arab street”. But he remains smugly condescending about their potential.

Some describe this approach as Orientalist—a patronising view of North Africa and the Middle East as an inferior “other”.

Ferguson recently wrote a disgusting article for London’s Evening Standard headlined “Why democracy will not catch on in the Arab World” and he has a new TV series on Channel 4, entitled Civilization—is the West history?

He presents the region as incapable of following the supposedly superior example of democracy shown by the West over the last 500 years.

But far from the West setting a democratic example, it has repeatedly intervened to prop up dictatorships in the region.

The Shah of Iran, Saddam Hussein, Hosni Mubarak and Colonel Gaddafi are just a few of the dictators Western powers have backed and armed—until it no longer suited them.

Ferguson is one of the main historians that Tory education minister Michael Gove is consulting about rewriting the history curriculum.

He wants to teach children about the supposedly benign dominance of “the Westerners over the Resterners”.

Ferguson’s presentation of ­non‑Western civilisations is not entirely crude. In the first episode of Civilization there is an enlightening discussion of the technological development of 15th century China.

Ferguson lists a range of Chinese inventions—the seed drill, the mechanical clock, gunpowder, and the printing press—that put medieval England in the shade.

In his Evening Standard article he sings the praises of the early Islamic empires. But in both cases he apparently does so just to celebrate the comeback of the West even more.

It’s true that capitalism created many of the preconditions for parliamentary democracy, in particular an increasingly urban and literate workforce.

But even the minimal level of democracy allowed in much of the West today had to be fought for—as people elsewhere are fighting today.

And like today, the ruling class ­bitterly contested every demand.

In Britain in 1819 the cavalry attacked a peaceful rally in Manchester, where people were calling for an extension of the vote.

Fifteen people were killed and 700 injured in what became known as the Peterloo Massacre.

Mass movements such as the Chartists followed. In the 1830s and 1840s, the ruling class was terrified by mobilisations of millions of workers demanding an extension to the vote.

Campaigners for the vote for women fought for 50 years with increasing militancy before they finally achieved success.

Why has much of the world been denied such gains? Partly it’s because of the repressiveness of particular rulers, but it’s also because the Western regimes that Ferguson praises have actively supported dictators.

This is because capitalists—and the politicians who represent them, from whichever political party—respect profit above all else. They care little for the particular form that property takes—whether it’s corporate, governmental or despotic.

When David Cameron visited the Middle East last month with a gang of arms dealers, it undermined his platitudes about respecting freedom.

Labour’s Robin Cook entered the foreign office in 1997 promising an “ethical foreign policy”. But the Hawk jets that the government sold to General Suharto as he tried to brutally suppress revolution in Indonesia told a different story.

Anti-war movements since the 1960s have challenged the legitimacy of such policies. Ferguson is trying to make the idea of the liberal empire respectable again.

He moans, “We’ve been ­brainwashed into thinking that every aspect of Western expansion after 1500 was evil imperialism.”

Marxists normally use the term imperialism in a more narrow sense than this, to describe the period from the late 19th century onwards where territorial competition between states combined with industrial competition.

This led to rapid colonial expansion where European states carved up much of Africa.

But it’s undeniable that from the 16th century onwards there were aggressive rivalries between European powers that had devastating effects.

Take the Elizabethan “Golden Age”. The pioneer of the triangular slave trade, John Hawkins, had a willing investor in the Queen. She was interested in making profits and damaging England’s rival, Spain.

Francis Drake, generally hailed as an explorer, was an accomplice in the slave trade. His 1577 circumnavigation of the globe was about imperial prestige and booty—of which he collected £400,000, mainly from raids on Spanish ships.

In 1584, another famous Elizabethan, Walter Raleigh, received a royal ­patent to establish a colony in Roanoke Island.

Native Americans received the ­colonists with hospitality. The colonists thanked them by burning their settlement and executing their chief, over the matter of a missing cup.

The cruelty of such events served the competitive logic that Ferguson celebrates. They formed part of a process of accumulation that turned England, and later Britain, into a major trading power and site for the Industrial Revolution.

Ferguson believes the benefits this brought about outweigh the negatives. Certainly they enabled massive advances to take place, which Karl Marx and Frederick Engels recognised in the Communist Manifesto of 1848.

They describe globalisation when it was still in its early stages: “[The capitalist class] has been the first to show what man’s activity can bring about.

“The need for a constantly expanding market for its products chases the bourgeoisie [capitalist class] over the whole surface of the globe.”

It’s probably this that leads Ferguson to claim he is “in sympathy with a great deal of what Marx wrote”—before adding, “except that I’m on the side of the bourgeoisie”.

Opium was arguably the most profitable commodity of the 19th century, and the British empire made its fortune as a bullying drug-dealer.

So when Ferguson contrasts coffee shops in 19th century Europe with China’s opium dens, he only mentions in passing the three vicious wars that Britain waged—which included the bombing of ports and massacring those who resisted—to force China to accept its drug-running.

After this victory for the free market Britain came to export 100,000 barrels of opium a year to China.

Yet Ferguson celebrates the “markets, profits, trade, capitalism” that led to Western success.

He sees the 800-year old City of London, one of the most elite institutions in Britain, as “the forerunner of multinationals and democracy itself”.

Ferguson may share a broadly materialist analysis with Marxism.

And he is clearly conscious of his class interests as a public schoolboy/Oxford graduate/millionaire hedge fund consultant.

But at the heart of Marx’s analysis was the constant reality of class struggle. The process by which Ferguson’s beloved profits are made depends on human exploitation, the systematic theft by one class of the wealth produced by another.

However much establishment intellectuals tell us that we are in the best of all possible worlds, our everyday experience tells us otherwise.

Ferguson’s hymns to “Western civilisation” distract from the real project of social liberation.

Socialists are optimistic about human potential in a way that ruling class apologists never can be.

Our ambitions go far beyond the Western-style democracies that taint every act of progress with destruction.

Civilization: Is the West History? Sunday nights at 8pm, Channel 4 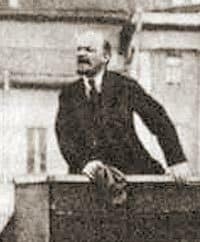 State and Revolution: Why we need to smash the state

As toxic timebomb heads for Teesside