This article is over 10 years, 3 months old
The press and politicians daily spout racist myths about ‘irrational’, ‘fanatical’ Muslims. Yuri Prasad looks at how our rulers have whipped up a new strain of an old disease
Downloading PDF. Please wait...
Tuesday 20 September 2011

Back-to-back TV and newspaper coverage of the anniversary of 9/11 this month will remind many of the vilification that Muslims faced in the wake of the attack.

Lurid stories of potential bomb attacks were used to justify police raids and shootings. This deliberately created climate of fear led to Muslims being abused and attacked in the streets.

Ten years on, and the press continues its loathsome work—only now the prime minister has also joined the fray. He uses Muslims to argue that multiculturalism has “failed”—a call echoed by the thugs of the English Defence League (EDL).

Despite thousands of campaigners of all backgrounds regularly turning out to defend mosques and communities under attack, mainstream commentators claim that Muslims have made themselves targets by “refusing to integrate”.

They insist that Islamic morals are incompatible with Western societies, which supposedly grant democracy, women’s rights and gay liberation.

In Muslim societies, the adherence to religious strictures is so great, they claim, that no real culture or science has been possible.

Taken together, these pernicious ideas form the basis of a new racism—Islamophobia. If allowed to grow, it will do untold damage to the working class movement.

The attempt to characterise Muslims as intrinsically backward because of their faith is a relatively new phenomenon, but one which draws heavily on older forms of racism that were previously directed at Asians as a whole.

In 1979, revolution in Iran saw the Western-backed Shah replaced by an Islamist government.

This slap in the face for US foreign policy began an era in which Muslims were singled out as hate figures, and regularly described as “irrational” and “fanatical”.

This racist stereotyping gained new followers during the crisis following the publication of Salman Rushdie’s novel, The Satanic Verses, in 1989.

British Muslims now found themselves specifically targeted—not just because of the colour of their skin, but for morals and beliefs they were assumed to hold.

According to David Cameron, these acts cannot be understood as a reaction to Western foreign policies. Instead, he claims, they are a rejection of the modern world and the ideas of the Enlightenment that accompanied it.

Our government’s support for Middle East dictators, torture and bombing can be discounted, he insists, because radicalism and even terrorism are built into all but the most “moderate” versions of Islam.

The Tory leader claims that the job of the state is to force British Muslims to comply with so-called British values by punishing extremists, and intimidating even moderate critics into silence.

And, while polite society spreads Cameron’s notions at their dinner parties, others seek to implement his newfound “muscular liberalism” with their boots and fists.

The EDL feels legitimised by Cameron’s words to further their own anti-Muslim agenda by physically attacking Muslims and mosques.

The idea that Cameron, much of the media and the EDL share is that Islam is incompatible with the modern world. But this is nonsense.

In fact, the development of the modern West cannot be understood without acknowledging the role that Muslims played in its formation.

It was Islamic scholars who translated and preserved the philosophy and science of the Ancient Greeks and Persians. It was they who then taught it to their equivalents in Spain and Sicily.

And it is easily proved that the early Islamic societies of Persia, North Africa and India in the early and middle parts of the last millennium were far superior and freer than those of Europe at that time. They played a crucial role in modernising Europe.

For example, the 13th century Syrian scholar and physician Ibn al-Nafis was the first to discover the pulmonary circulation of blood. After a distinguished career, he died at an advanced age, peacefully in his bed.

Compare that to the second person to propose the theory—the Spaniard Michael Servetus.

In 1553, he was arrested by the Protestant authorities of Geneva and burned at the stake. His crime? Promoting a notion that was a “heresy” against god.

The demand for migrant labour to help rebuild Europe in wake of the Second World War saw millions of Muslim workers drawn in from all over the world.

Germany would not be the force that it is today without the workers who came from Turkey and beyond to create new cities from the ruins. And where would the NHS in Britain be if Muslims from India, Pakistan and Bangladesh had decided not to come and help build it?

In the process of living and working in Europe, Muslims have become an integral part of the working class. Their struggles are woven into the very fabric of our labour movements—and their victories are rightly celebrated by all.

Today, Asians are as likely to be union members as the general population—a fact that will be demonstrated during the mass strikes planned for 30 November.

With prejudice and racism against Muslims seemingly so ingrained at the top of society and in the media, some people draw the conclusion that it has always existed.

It is true that religious leaders and kings and queens in Medieval Europe often called upon their people to join religious wars against “infidels” in their midst and in Jerusalem and the Holy Land.

Muslims were often the targets of these crusades, though other Christian denominations also suffered.

But contemporary Islamophobia merely uses religion as a cover. It is not reducible to such religious prejudices.

Its primary purpose is to act as a justification for imperialism, particularly across the Middle East, Africa and central Asia. This is because the majority of people living on top of the world’s most important reserves of oil and gas happen to be Muslim.

Western leaders have encouraged the growth of Islamophobia for the past three decades. Following the collapse of Communism in Russia and Eastern Europe in 1989, the racist ideology filled a void and became a justification for a series of wars.

It is also because, from the Iranian Revolution until this year’s Arab Spring, most of these peoples’ resistance to imperialism has been expressed in forms of radical Islam—a byproduct of the failure of Arab nationalism and the left to deliver on the hopes placed in them.

If the people of the region had been Hindus rather than Muslims, our rulers would be stoking a wave of Hinduphobia and our press would be filled with lurid stories of Hindu bombing plots.

By painting their “war on terror” as being about democracy, human rights and liberation, Western leaders hoped they could win support from a sceptical public, both at home and abroad.

When people in those countries resisted, the same rulers resorted to the crudest of racial stereotypes to justify the most horrific acts.

Supporters of the war who started out trying to distance themselves from the racism that had been directed at all Asians in Britain since the 1960s soon found themselves apologists for a virulent new strain of an old disease.

Muslims became a “legitimate” target of racist policing and thugs on the streets.

Today, as opposition to austerity and the economic crisis grows, there will be many among the British elite who are tempted by opportunities to divide and rule the “lower orders”. Islamophobia is a weapon in their arsenal.

In such circumstances socialists must be the tribunes of the oppressed. We must meet every attempt to whip up racism with a furious response.

And we must prove to all those who face oppression that they have reliable and formidable allies in the struggle. 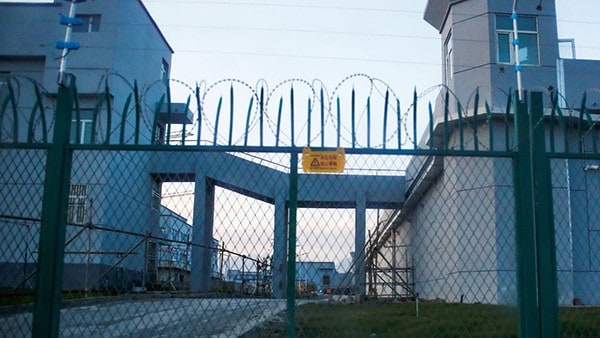