Jamaica: an island of rebellion

This article is over 9 years, 9 months old
As Jamaicans celebrate their 50th independence anniversary, Ken Olende looks back at the island’s history of struggle against oppression
Downloading PDF. Please wait...
Tuesday 07 August 2012

The Union Jack was lowered over Jamaica’s capital Kingston on 6 August 1962, watched by Princess Margaret for the British crown.

From the peaceful, uneventful handover, no one would think that Jamaica was an island with whose history was defined by resistance.

The island had been settled by the Arawak and Taino since at least 1,000BC. Christopher Colombus claimed it for Spain in 1494, and the British captured it in 1655. They imported thousands of slaves for the mass production of sugar.

Jamaica’s slave economy made British slave owners and their investors very rich. But the slaves fought back with rebellion after rebellion. Thousands of slaves rose up, shot whites and set fire to sugar cane in 1760.

The Maroons were surviving Tainos and former slaves of the Spanish who fled to the hills when the British invaded. A woman called Nanny united them against the British in the early 18th century.

Her campaign was so successful that the colonial rulers agreed to leave them independent in the island’s mountainous interior.

When the British reneged on the treaty in 1795, it took 5,000 troops more than six months to crush the resistance and the revolt it inspired.

Slaves rose up again in 1831, with over 20,000 rebels burning more than 200 plantations. One woman set about burning her master’s plantation with a cry of, “I know I shall die for it, but my children shall be free.”

She was right. The British brutally crushed the rebellion, but it shook their confidence and an anti-slavery bill was passed shortly after. Disgracefully, however, this compensated slave owners but left former slaves in poverty and without land to farm.

In 1865, a crowd marched on Morant Bay behind a red flag. They seized the police station and burned the school and courthouse. The government killed more than 400 in reprisals.

There was no respite in the lives of the landless poor. Many went abroad for work in the first part of the 20th century, largely in the US or Latin America.

In the Great Depression many returned. Anger at the lack of real social change since the end of slavery grew, leading to strikes and riots from 1935.

The road to independence began with a wave of angry strikes in May 1938. A petition earlier in the year told the colonial governor, “We are the sons of slaves who have been paying rent to the landlords for fully many decades. We want better wages, we have been exploited for years.”

British sugar firm Tate and Lyle had built a new processing factory at Frome. Thousands flocked to it, believing a modern factory would come with decent wages and better conditions.

They were enraged to find business as usual, and came out on strike. This sparked off demonstrations and strikes across the island.

Unemployed workers marched in Kingston. Workers employed on the waterfront demanded wage increases, and soon came out on strike too.

Many other workers in the city came out on 23 May. Strikers marched through the city centre where all the shops were closed and shuttered. Their demands grew to include the vote and independence.

Police killed at least 14 demonstrators, and another 41 suffered gunshot wounds. But it forced the colonial authorities to realise they could no longer go on ruling in the way they had become accustomed.

The British granted a new constitution in 1944. This allowed an elected and nominated executive council responsible for the country’s policy.

When they granted independence of a sort in 1958 it was as part of a West Indies Federation. This was intended to be a country, but in fact became just a loose alliance.

West Indian socialist Claudia Jones, who would go on to found London’s Notting Hill Carnival, supported it as the only way for small economies to survive.

But she warned, “Clearly the West Indian Federation is already mortgaged to US export capital.” Much of the country’s leadership looked to the US as an alternative to British colonialism.

Jamaica became fully independent on 6 August 1962. Its economy boomed through tourism and mining bauxite ore, but this made no difference to the terrible poverty

The simmering rage came to a head when socialist Michael Manley of the People’s National Party (PNP) ran a radical election campaign in 1972. He won and made secondary education free, and at last partial land reform was enacted.

The rich, the US and the bauxite firms backed destabilisation of this radical government to force the acceptance of an IMF austerity programme.

The PNP won the 1977 election with a landslide. But destabilisation and capitulation paved the way to electoral defeat in 1980 when the conservative JLP returned to office, and welcomed Reaganite neoliberalism.

The results of the IMF’s victory can still be seen. In 2010 the siege of drug dealer Christopher “Dudus” Coke in the ghettoes of Kingston was the biggest military mobilisation in Jamaica’s independent history. The US government was pushing the operation as part of its “war on drugs”.

Large sections of the local poor came out to support him. One woman told reporters, that Coke “is the government here because the government don’t care about us, the poor”.

This year the PNP returned to office under Portia Simpson-Miller. She has talked about removing the queen as head of state. This would be welcome—but it hardly addresses the country’s grinding poverty.

Jamaica’s debts are so crippling that it has been forced to apply to the IMF for help again this year.

After the billions of pounds of value that have been extracted from Jamaica’s people over more than three centuries, the idea that they owe anything to the West is obscene.

But Jamaica’s tradition of resisting empires and oppressors is worth celebrating.

When the IMF looted Jamaica

At the beginning of 1977, the newly re-elected PNP prime minister Michael Manley refused to impose an IMF austerity programme. “We are not for sale,” he announced to a cheering crowd of 35,000 in Kingston.

But after Manley’s refusal to adhere to the terms of the IMF, the economy was strangled by sanctions. Lay-offs increased, interest rates skyrocketed and everything from soap to canned fish was in desperately short supply.

In 1977 Manley announced a “People’s Plan” for economic and political reform. Despite radical rhetoric, Jamaica accepted an IMF “standby agreement” of £38 million to ease the balance of payments crisis.

The loan was conditional on an attack on the standard of living of the population. The poorest were hit the hardest, with a dramatic cut in public spending.

Confusion and despair spread among Jamaica’s population, especially young students and the poorest sections of workers and peasants. Political violence and the fortunes of the black market soared.

Like many reformist governments before and since, Manley’s politics proved incapable of mounting the challenge needed to halt the force of global capital.

Manley was succeeded by Edward Seaga of the right wing JLP. By the end of Seaga’s term, Jamaica had paid out a total of £443 million to its foreign creditors, including £176 million to the IMF.

Jamaica’s foreign debt had grown to over £2.2 billion, among the highest per capita in the world.

A crossroads of world culture

Jamaica’s history and location have made it a nexus for immigration and emigration.

People with different cultural backgrounds have come together to struggle against oppression, back to the indigenous Tainos combining with freed slaves.

Like other Caribbean islands such as Cuba, Haiti and Trinidad, it has become a political and cultural crossroads. Its influence is out of all proportion to its size—or its population of less than 3 million.

The black nationalist leader Marcus Garvey was born in Jamaica, though like many West Indians in the early 20th century he became known in the US, where he established a mass organisation to foster black pride. The poet and Marxist Claude McKay came from Jamaica.

Rastafarianism emerged on the island, mixing Marcus Garvey’s black nationalism, with a religious admiration for Haile Selassie of Ethiopia as the only African nation that had never been colonised.

The melting pot of workers and peasants is one of the islands greatest strengths. A whole series of musical styles that took on the world developed in Jamaica, including ska, rock steady, reggae and dub and all the associated musicians—most obviously Bob Marley.

There’s no mystery behind Jamaica’s musical output. It is the soundtrack to centuries of resistance. 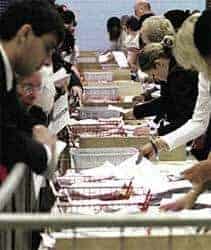 Urgent Appeal to all readers

Failed by the system