Jazz Khan — “We will be taking up all the everyday issues”

This article is over 17 years, 2 months old
Jazz Khan, who was the Respect candidate, says, "Slough was a really good result, but there wasn’t enough awareness about who we were.
Downloading PDF. Please wait...
Saturday 21 May 2005

Jazz Khan, who was the Respect candidate, says, “Slough was a really good result, but there wasn’t enough awareness about who we were.

“There were still far too many people on polling day who could ask, ‘Who are Respect?’

“But we have laid down the roots—now we just need to build on them.

“The new people who have come on board over the last month are now central to the campaign. The next step for us is to get more involved in the local community.

“Recognition about who Respect are is at its highest at the moment, so we have to strike while the iron is hot. We have to start campaigning now for a good showing in next year’s local elections.

“It’s incredibly important that Respect is known as more than the anti-war party.

“We have to make sure people know where we stand on the issues that affect their everyday lives.

“These include issues like pensions, education, transport and the NHS. There is a problem in Slough about the lack of places for young people to spend their evenings.

“A lot of families live in Slough and work in London. There is a high population of young people, but there are no facilities.

“The sports centre doesn’t have subsidised rates for young people—during the campaign we did a school hustings and it was one of the issues that came up.

“We hear all the time that our children don’t get enough exercise, but how are they meant to afford to?

“But there is also a problem of spaces for young people just to hang out. Near the centre of town in one of the estates there used to be some green space, and the young people used to hang out there.

“But they built on it. Now young people have nowhere to go, so they hang about in town. People complain about it, but young people aren’t given any options.

“I’m doing a meeting in a couple of weeks at one of the few youth centres we have.

“This is one of the issues where we need to make ourselves heard.

“It’s by getting involved in these campaigns that we can get whole new layers of people involved in Respect.” 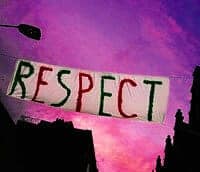