This article is over 15 years, 1 months old
Mark Serwotka, the general secretary of the PCS civil service workers’ union, is appealing to his members to show solidarity with postal workers who are on strike this Friday.
Downloading PDF. Please wait...
Tuesday 26 June 2007

Mark Serwotka, the general secretary of the PCS civil service workers’ union, is appealing to his members to show solidarity with postal workers who are on strike this Friday.

Speaking to PCS members in the passport service in London last week, Mark said, “I am urging PCS members to go to picket lines to let the postal workers know that we support them.

“They never cross our picket lines and, like us, they are facing privatisation, job cuts and pay cuts.”

PCS members have struck twice this year against job cuts, which are now being ratcheted up by management.

“Thirty civil service workers in the department of trade and industry have been made compulsorily redundant when they could have been redeployed,” said Mark.

“Across the civil service, we are also facing a cut in our living standards with 2 percent being the going rate for pay offers.

“We have a better chance of winning our fight if we campaign with other unions.

“I am planning to meet with the leaders of Unison, the NUT and others unions to see if we can plan joint action.

“The PCS will be sending speakers to as many workplaces as possible over the summer to consult with members about what our next action should be.”

“If we strike in the passport office over the summer peak period we can really increase the pressure and show the power we have.”

Management in the Department for Work and Pensions in the south east of England are trying to get rid of 90 workers on the lowest grades.

This is after they have privatised the opening of the post and the photocopying service, and spent millions of pounds on overtime.

There will now be 90 days of consultation.

'Get the strike back onto the offensive' 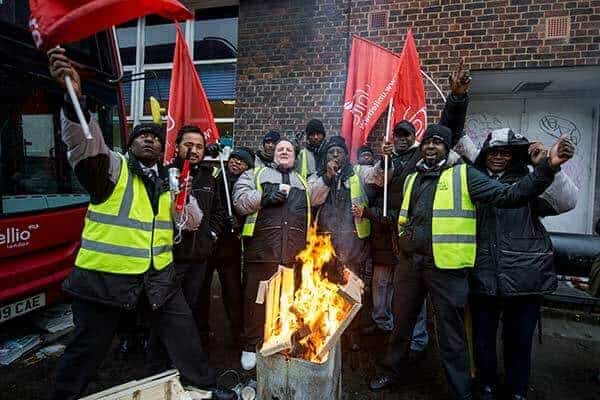 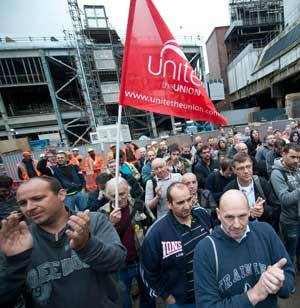